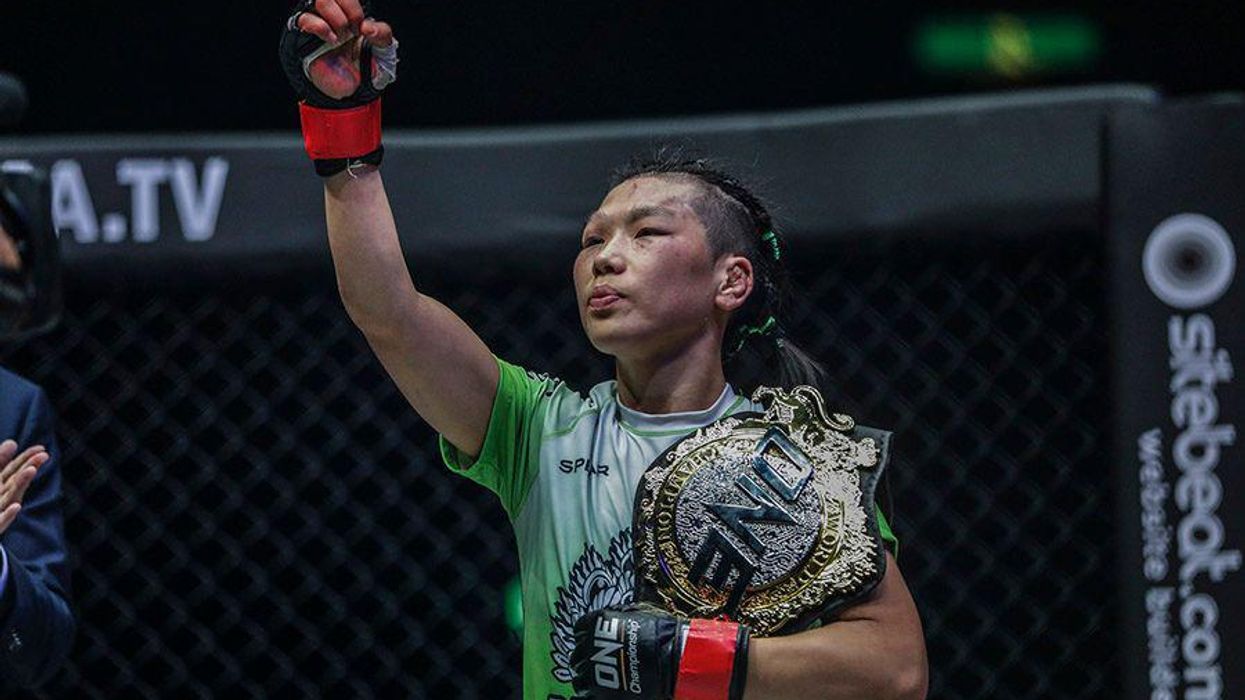 cdn.asianmma.com
"The Panda" Xiong Jing Nan is the only ONE Strawweight World Champion that ONE Championship has ever known, and she will be back defending her crown at ONE: Empower, the all-women event that makes their return to all-live events on Friday, September 3.

The Chinese athlete has never tasted defeat at strawweight in the Circle and successfully defended her gold four times. "The Panda's" hard-hitting style has thrilled audiences around the globe, but she meets her toughest challenge to date at ONE: Empower.

Her challenger will be Brazilian Michelle Nicolini.

Nicolini is a multiple-time Brazilian Jiu-JItsu World Champion. She claimed gold in both gi and no-gi championships, and she has gotten gold at the ADCC World Championships as well. She is one of the most decorated grapplers in the world.

Her dominant grappling has helped her on the global stage, and now she finally gets her shot at gold.

As the main event of a historic card, both women will be ready to deliver fireworks in their attempt to show just who is the best strawweight in the world.

Can Nicolini drag "The Panda" to the canvas and earn another submission to claim the gold, or will Xiong's cracking power halt the Brazilian as she maintains her spot atop the mountain? The answer is just days away.

The strawweight main event will cap off a monumental night featuring the quarterfinal action of the ONE Atomweight World Grand Prix and sensational ONE Super Series matchups featuring Jackie Buntan and the debut of Anissa Meksen.

It's a can't-miss affair.

Ahead of a historic night of martial arts action at ONE: EMPOWER on 3 September, we take a special look at the monumental achievements of ONE's female warrio...
From Your Site Articles
Related Articles Around the Web

The Importance of Martial Arts for Military Training