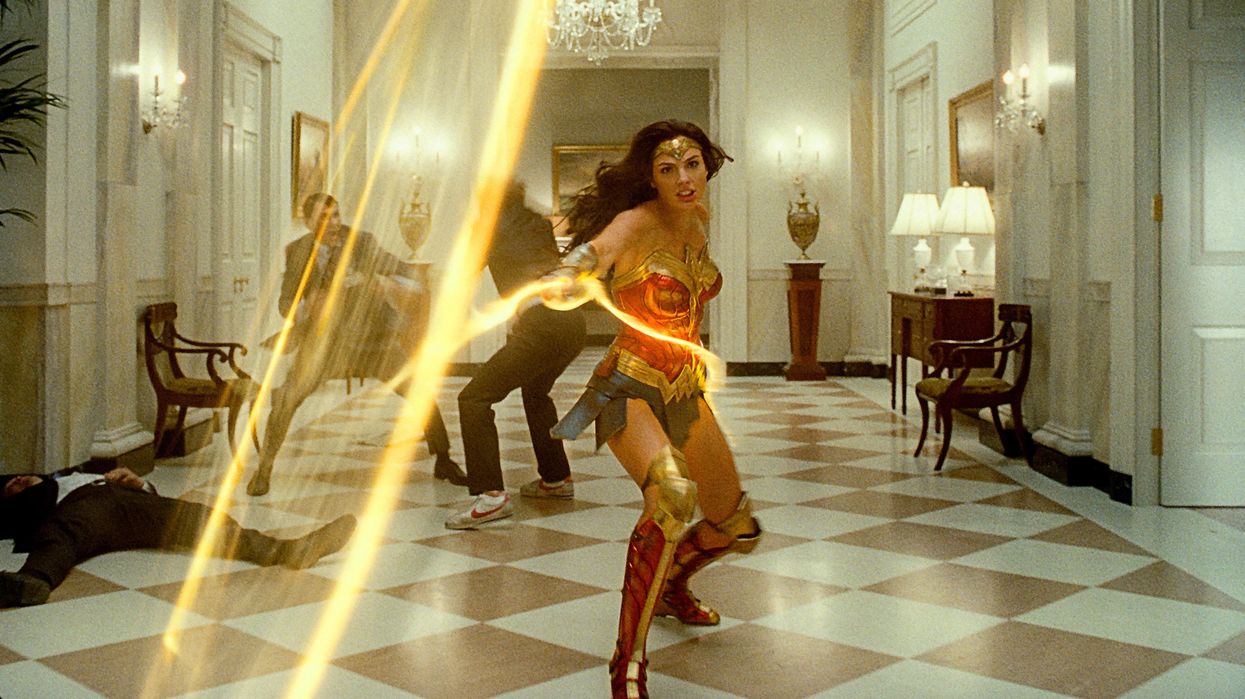 In All Star Comics #5 (1941), Wonder Woman (WW) ascended during World War II, however, in Wonder Woman (2007), arguably one of the best superhero origin story films ever, was set during World War I and featured emotionally charged, inspirational fights against Germans at the Western Front. Void of inner demons and god complexes, WW believes in love, is empathetic and dedicates her powers toward the good of mankind. Though WW (aka Diana Prince), borne to Queen Hippolyta and taught to fight by her aunt Antiope, is a fictional character, the Amazons were real and lived on the Themyscira plain near the Terme river in what is now Northern Turkey.

Wonder Woman: 1984 (WW1984) integrates amusing outside influences that may go unnoticed: written during World War II, George Orwell's novel 1984 examines how truth and facts can be manipulated, thus the symbolic overused Lasso of Truth; the Quantum Leap (1989-93) mirror concept for Steve Trevor; and the wirework is akin to Spiderman swinging between buildings skills and the fight scenes use the wirework-like visuals created by the father of wire-fu, Ching Siu-tung, from Tsui Hark's Zu, Warriors from the Magic Mountain (1983).

The maxim, a hero's story is only as good as its villains, sadly rings true for WW1984, where the three villains are as compelling as igloos at the equator (curiosity that rapidly melts): a citrine crystal; the snake oil salesman Max who wants to rule the world; and the unsure Barbara that transmutes into Cheetah, a black and white spotted watered down Catwoman who fights like an ailing zebra. The weapons the villains unleash against humanity and WW (Gal Gadot) are guilting, gas lighting and throwing folks under the bus. The ultimate power WW uses to defeat her opponents comes from the lesson learned during the film's opening and most entertaining action sequence, when as a child, Diana competes against adult seasoned warriors at the Amazonian games.

Patty Jenkins returns to direct WW1984, which is an over-complicated, 153-minute long, poorly paced and oft self-indulgent film. Soon after the games, WW rescues a little girl from four bungling thieves in a 103-second bout in a shopping mall that features overly airy wirework, lasso twirling/grabbing skills, yet highlights WW doing one of her cool sliding low across the floor signature attacks. The next action piece (vehicular chase) occurs 68 minutes later, with the film's second fight 22 minutes after the chase, a wee fray that's mostly dialogue and WW throwing thugs around a hallway with her lasso.

Be sure though to watch the final credits.