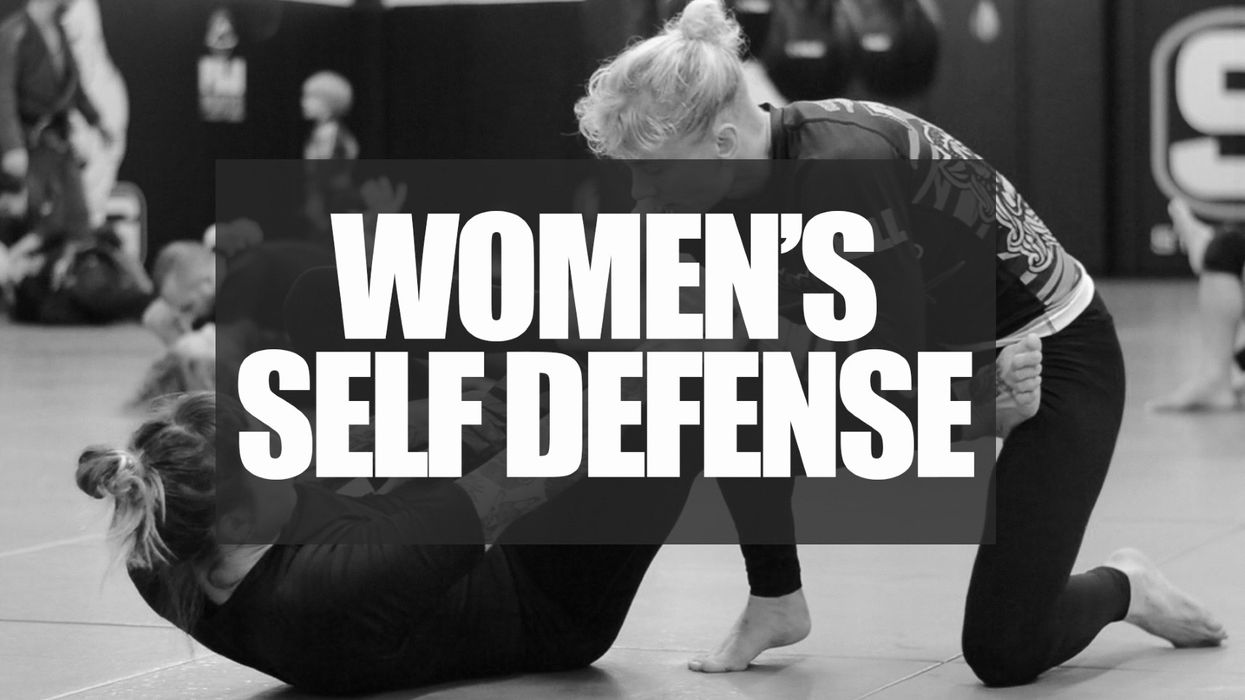 I’m probably going to stir up some controversy here, but it needs to be said: Most women’s self-defense techniques are overrated. Unless your initial strike entails sticking your finger knuckle-deep in some guy’s eye or hitting him in the windpipe or groin, not much will have a significant effect in terms of deterring the assault. Therefore, whenever I teach self-defense, I emphasize three things: knowledge of human anatomy, accuracy and commitment to executing the technique. Mastering these elements will increase the likelihood of thwarting an attack on the street. The human body has vulnerable areas, as well as parts that make excellent weapons. Therefore, to mount an effective defense, you must know exactly where to strike, how hard and with what.

In general, punching someone in the ribs is an overrated self-defense technique because most women haven’t learned how to punch hard enough to have much of an effect. Elbow strikes and knee strikes are right on the borderline of being overrated because if you’re not accurate when you throw the shot or if you don’t choose a vulnerable target, it won’t cause much damage. On the other hand, both moves are wonderful close-range tools, and they can be devastating when done properly. Most kicks are also overrated. At the top of the list is kicking to the head. If you’re not flexible and haven’t had extensive training in kicking, or if the surface you’re standing on is unstable, your chances of pulling off a high leg technique are slim to none. Unless you’re very familiar with anatomy, even kicks to the solar plexus are iffy. Kicking or kneeing an assailant in the groin is a wonderful strategy if you actually hit the target. Regardless of the technique—the front kick is good but the side kick is tougher—there’s a chance the stress will make you inadvertently hit him in the thigh, and that kind of contact won’t stop a man who’s used to physical aggression.

Rather than kicking, I prefer to rely on my hands for striking vital targets because they’re designed to execute tasks with accuracy regardless of whether the technique involves gross or fine motor skills. For example, I know that if I palm a man in the groin, I can grab and crush his testicles with my fingers without having to use much strength. There will be no question of whether I’ve hit a vulnerable target, and the comfort of that knowledge is highly underrated. Similarly, open-hand strikes to the windpipe are better anchored and more likely to hit their target than are punches. In general, I don’t recommend that women grapple with an attacker. Once you’re on the ground, you’re sacrificing yourself and any advantage you may have had while you were standing in terms of incapacitating him and/or running away. It’s also a lot easier for two assailants to overcome you when you’re down. However, if your attacker manages to get on top of you, you can still fight back. Go for his eyes, windpipe and groin, all which are vulnerable while his hands are occupied. In a life-threatening situation, you can bite a vital part of your assailant’s body to get him off you and buy yourself a few extra seconds to escape. Weigh this option carefully, though: If he’s HIV-positive or has some other contagious disease, you’ll risk contracting the illness.

Commit to Your Self-Defense Techniques

One element of self-defense training that can’t be overrated is learning to commit to your techniques. Many women are put off by the “gross factor” of gouging an eye; others are reluctant to hurt the person who’s trying to rape or kill them. The only way to overcome these feelings is to practice the self-defense techniques over and over on a willing partner. Teaching a woman to pull a strike in class is not recommended because it lulls her into believing she’ll be able to use it to incapacitate an assailant, even though she’s never used it on a training partner. The best way to learn self-defense is to slowly introduce a few basic, realistic self-defense techniques into your repertoire without using power, speed or strength. Practice them with a partner who’s pretending to be an attacker. Once you’re comfortable doing that and see the other person isn’t upset or hurt, gradually increase the speed and power of your blows as he comes at you full speed and with full power. Experiencing the way he reacts to your defense will increase your confidence, bring out your animal instinct and open all kinds of wonderful options for your counterattack. (Kathy Long is a five-time kickboxing champion, a kung fu san soo expert and a member of the Black Belt Hall of Fame.)
From Your Site Articles
Related Articles Around the Web