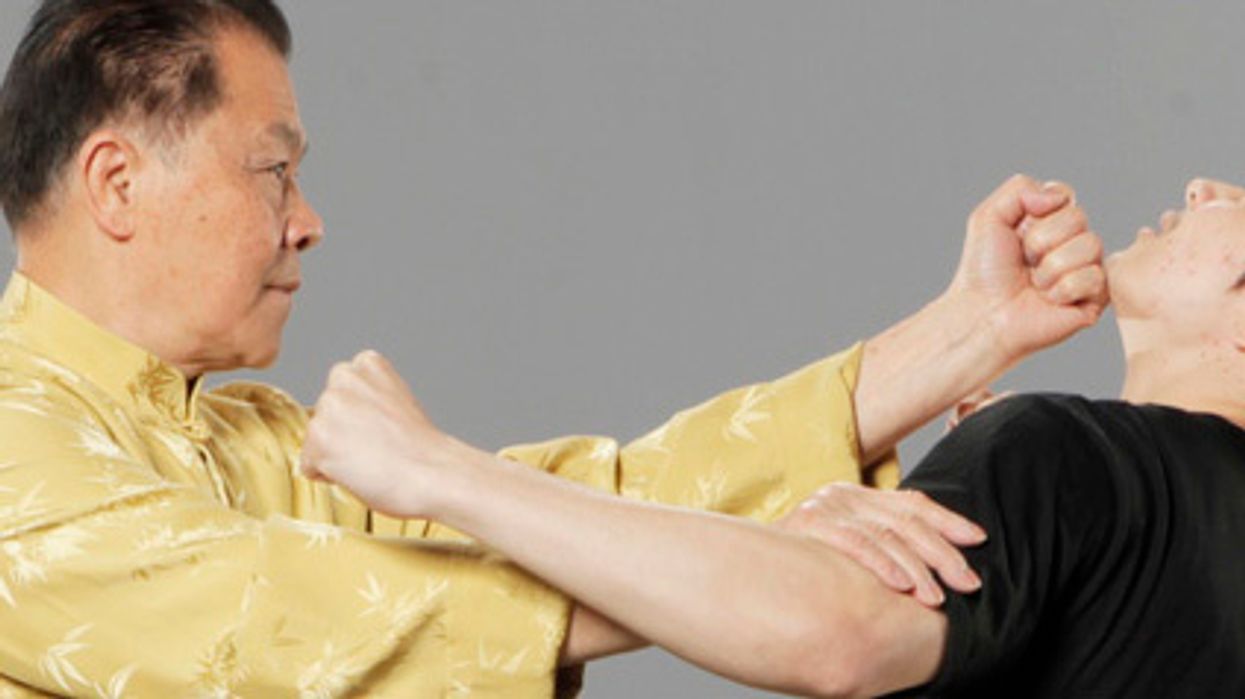 The kung fu master talks about growing up on the streets of Hong Kong, where he confronted triad members, learned wing chun from the legendary Yip Man and trained with a very young Bruce Lee.

When you think of the traditional Asian fighting arts, you probably envision sword-wielding soldiers hacking away on the battlefield, martial monks exchanging kicks between meditation sessions and courageous karate masters busting bricks with their knifehand strikes.

But do you ever think of good kids defending themselves against street bullies in the back alleys of a place like Hong Kong?

In the 1950s and '60s, such scenarios played out all too often in Hong Kong, then a British colony dangling off the Chinese mainland. Just ask wing chun kung fu expert William Cheung. He grew up there — in an area called Kowloon — and witnessed street fights all the time.

“When the communist government took over China, they used a lot of triad (gang) members to help them spread their propaganda and do their dirty work," William Cheung says. “After they completed the takeover in 1949, they purged the triads. So the [criminals] all came down to Hong Kong. By 1951 and '52, they started recruiting young people — some as young as 10. A lot of kids got hooked up with them, some very reluctantly. By 1954, they were quite established."

At least one group of young people, called the Eight Tigers, was trying to resist being sucked into the triads. “They were having some trouble, so they heard about me and that I had done a lot of street fighting. They invited me to come in and help.

William Cheung started the martial arts when his oldest brother, who spent a lot of time studying different styles, took up tai chi. That led younger brother William to give the art a try, too.

Years later, William Cheung joined a swim team, where he met Wong Man Leung. “He mentioned that his brother Wong Shun Leung, who was doing boxing at the time, had challenged all these kung fu masters and was winning," William Cheung says. “He said his brother was going to challenge an old man who taught a kung fu system devised by a woman. We thought we had better go and look. So my eldest brother, Wong Man Leung, Wong Shun Leung and I went."

The match lasted about two seconds. Wong Shun Leung ended up on the floor. “We got out of there as quickly as possible," William Cheung says. “Then two months later, we discovered that Wong Shun Leung was training with that old man. He turned out to be Yip Man. He said he thought about it and reckoned he was the best. Later, we started training with Yip Man, too. I was 11. It was the end of 1951."

Bruce Lee started training under Yip Man around the beginning of 1954, William Cheung says. “Because Bruce progressed so fast, within six months he had overtaken his seniors," William Cheung says. “They got very upset with him and started checking into his background. They found out that he was one-quarter German, and they said, 'We can't teach Chinese kung fu to an impure Chinese.'

“So they put a lot of pressure on Yip Man to kick Bruce out of the school. Yip Man came to Wong Shun Leung and me and said, 'We're going to ask Bruce to leave the school, but you guys should help him.' So Wong Shun Leung and I helped him train. Only in the later stages, around 1958, was he allowed to come back to the main school."

Devotion to the Art

Although Bruce Lee, in essence, left the wing chun community when he created jeet kune do, William Cheung never wavered in his devotion to it — despite the politics. He knew the art, which flourished on the streets of Hong Kong because its methods were worked so well, was helping prepare him and his classmates to survive in virtually any environment.

“Wing chun advocates always putting pressure on the opponent by attacking," William Cheung explains. “Because of the short, straight punches, it's very effective and direct. And because it teaches a lot of close-contact reflex drills, the eyes become more effective."

There were other, perhaps more important, benefits that kept him doing wing chun. “It wasn't just for fighting," William Cheung says. “People would be stupid to learn it just for self-defense. Many times when we were in a tough situation, we would have given up except for the tenacity we got from wing chun and the ability to be detached from the situation."

Such training helps martial arts students avoid freaking out during high-stress situations. “Wing chun training gives you self-confidence," William Cheung says. “If you can train for three or four hours a day nonstop and get through all the pain, you're guaranteed to be able to take care of other difficult situations in life."