Why The Left Hook Is So Devastating: John Hackleman's Secrets to His Favorite Punch 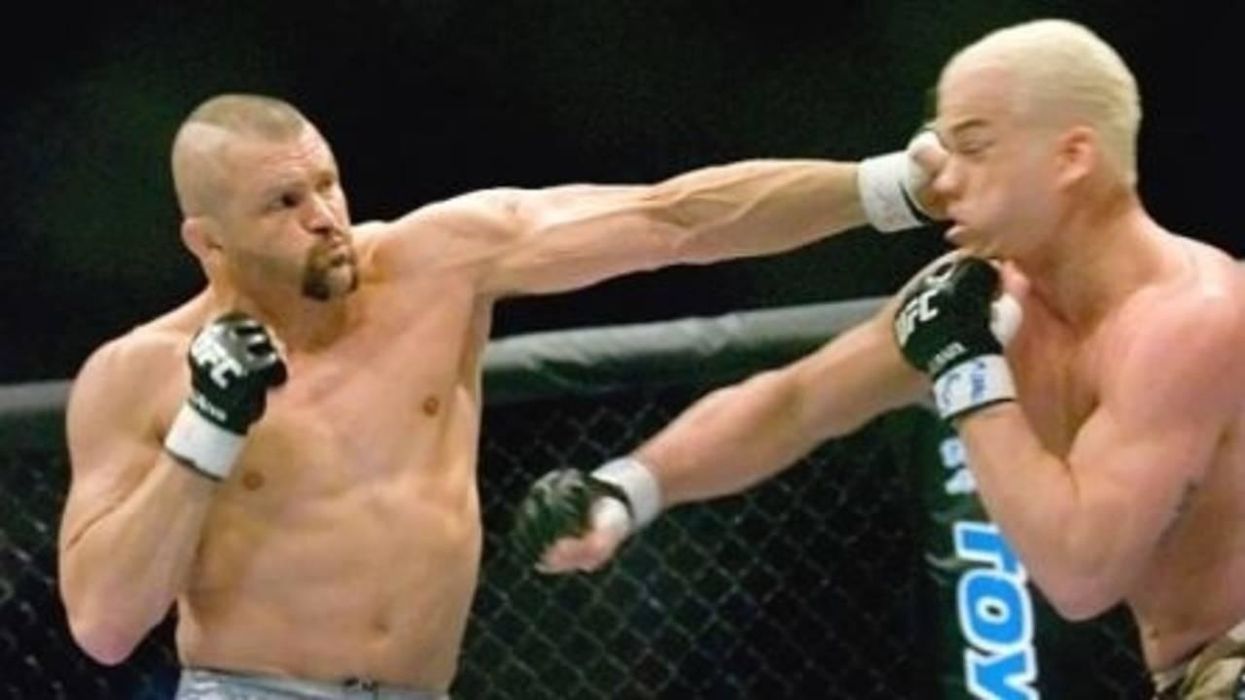 The main reason I fell in love with the left hook started when I was a young kid. As a skinny young 14-year-old Haole (white) kid with long blonde hair, I definitely did not look like the stereotypical aspiring boxer, and I was being driven to my first "sanctioned" boxing match. It happened to be against a local Hawaiian in his hometown. Needless to say it was a long drive. Fighting a local in his hometown was scary enough, but given that his hometown was nicknamed “No Haole zone”, added insult to injury.

Learn the secrets of the left hook from John Hackleman himself! Check out the left hook videos and more from The Pit Online Video Courses.

FALLING IN LOVE WITH THE LEFT HOOK

The main reason I fell in love with the left hook started when I was a young kid. As a skinny young 14-year-old Haole (white) kid with long blonde hair, I definitely did not look like the stereotypical aspiring boxer, and I was being driven to my first "sanctioned" boxing match. It happened to be against a local Hawaiian in his hometown. Needless to say it was a long drive. Fighting a local in his hometown was scary enough, but given that his hometown was nicknamed “No Haole zone”, added insult to injury. I don’t know if I was more nervous about the fight it’s self, or getting mobbed by the crowd. Having my big local friend Adam, who is from on of the meanest projects in town coming with me, and telling me he had my back was my only source of comfort. The buildup to the fight was much more dramatic than the fight itself, I wanted it over quickly and my Adrenaline was definitely pumping. As soon he bell rang I ran across the rain with a leaping left hook (The Gazelle Hook, which Floyd Patterson used to knockout Ingmar Johansson in 1960), and knocked my opponent and out in about 10 seconds into the first round. The second that punch landed, and I saw my opponent fall unconscious, I was definitely hooked, on the left hook. Since that day back in 1974, I would say the left took accounted for about 80% of all the techniques that I would throw in any given fight, and probably accounted for about 90% of my wins. I have trained the left hook, studied the left hook, and taught the left hook for decades. I fell in love with the left hook for many reasons.

A great reason the left took is so effective and knocking people out is you can turn your hip to its fullest rotation. That means you can put your entire body weight, and force into the strike, that sometimes only travels 6 inches.

The hook can be deployed, and land with the least warning of any other strike. It is The most stealth strike you have. There is no other strike in all of martial arts that can be so invisible and tell it lands. And it lands with extreme power when throne correctly.

This is the hardest strike to counter because you are actually turning away from your opponent from a safe distance and you're not leaving your targets open to counter attack. While throwing the hook, landing the hook, or even missing the hook You are not in a vulnerable position. I feel it is without a doubt the safest punch to throw.

It is the most versatile strike a martial artist can throw. There are so many angles for the hook because it is on a ball and socket joint. They can almost come from completely under, to completely over, and all angles. It can also be thrown very close, or very far, no other strike has that versatility. You can also throw the hook moving forward, standing still, moving to your left, you're right, or even moving back, again no other strike has that versatility. Whether you are an aspiring UFC champion (all three UFC titles changed hands by left hook at UFC 217), a martial arts instructor (please add it to your curriculum), student, or someone wants to stay safe on the street, the left took should be incorporated into your arsenal, and you should learn, and train with it. Live Clean, Train Hard, Don’t let anyone take your lunch money.

Learn the secrets of the left hook from John Hackleman himself! Check out the left hook videos and more from The Pit Online Video Courses.