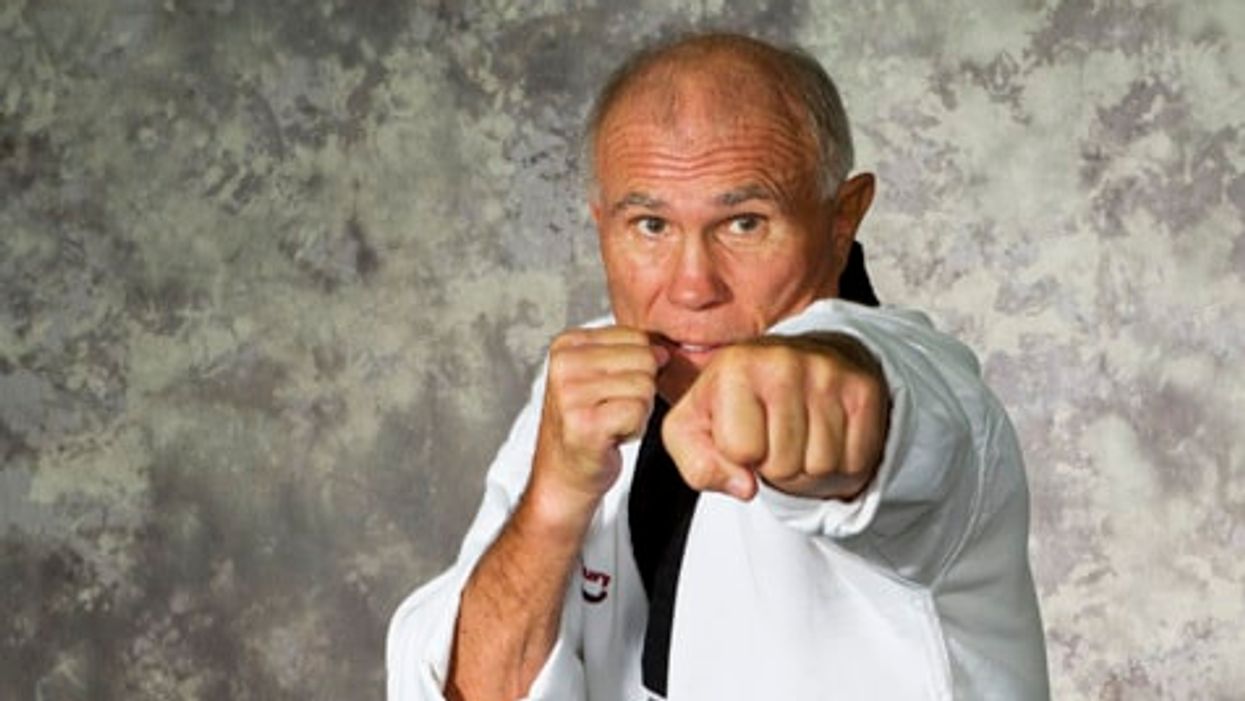 Bill "Superfoot" Wallace teaches you how to use the art of evasion in this short course on the defensive component of dojo sparring and tournament fighting.

As a professional athlete, I made a living poking holes in other people's defenses. When I was the one doing the defending, I preferred to use evasive techniques. I didn't sidestep or block much; I leaned back or took a step back. No matter what my opponent threw at me or how hard, if I was out of range, he couldn't hit me. If I'd tried to block a technique, it would have hurt, and I didn't want to go through the pain. On the other hand, I thought, if my opponent attacked and missed because he couldn't get close enough, he'd become frustrated and lose his cool. That was my favorite thing about evasion and why my rule of thumb was simply to get out of the way.

Evasion doesn't mean just turning and running. You also can move your head out of the way and shift your body using what boxers call “bobbing and weaving." You should strive to stay light on your feet and move when you sense he's about to strike. Don't wait to counter him or to make up your mind while he's throwing his technique. Try to stay a step ahead so you aren't stuck in defensive mode. Blocking and then countering takes too much time. If you think it's better to intercept a technique, listen up: When I competed, my opponents almost never managed to intercept my shots. When a guy is quick, there's no way you can intercept his attack. You'll have enough trouble just getting out of the way.

Against a combination, evasion still works. If you avoid the first shot, the next three or four techniques in your opponent's combo will miss you because now you're somewhere else.

When your adversary attacks and misses, three things happen. First, he's disturbed by your absence, so he prepares to speed up his next attack. Second, he wastes a lot of energy swinging at nothing. Third and most crucial, he leaves himself wide open because he doesn't have a chance to pull his hand or foot back. In essence, he's handing you an opening.

To develop the maneuverability and speed needed to fight evasively, try to be mobile and bounce on your toes. Jumping rope and shadowboxing are good training tools. When you're shadowboxing, it's easy to stay on your toes because nobody's trying to hit you. Once you get used to the movements, have your partner throw techniques while you evade without countering. Then put on headgear and challenge your partner to spar while you focus on evading when you can, covering up when you have to and attacking when you see an opening. This is an essential form of training because if you never get hit, you'll have no idea what you're evading.

Evasion isn't a panacea. For example, it doesn't work well if you're slow and unable to back up quickly. And if you retreat so your opponent can't reach you, you won't be able to reach him with your counterattack.

Eventually, someone you're matched against will corner you, and it'll be necessary for you to block an attack. When I'm in such a predicament, I don't protect myself against the technique; I protect an area on my body. If I think my opponent is going for my face, which most people try to do, I protect that area. If I think he's going for my stomach or ribs, I keep my elbows in. My philosophy is, don't focus on the opponent's technique because it can change at any time.

When you absolutely have to block, the easiest way is to keep your arms and elbows in close. Your hands should be up to protect the sides of your face. It's better to take punches and kicks on your arms, elbows and shoulders than in the ribs, stomach or face. You don't need to toughen up your limbs too much; you just need to be able to absorb the blows. If you're backing up while your opponent is punching and kicking, his shots won't hit hard anyway.

As you experiment to determine the defensive posture that works best for you, remember that everybody is unique. Every fighter puts his hands in a slightly different place. Personally, I've always fought with my hands lower than most people — with my right at chest level and my left down by my side. There, they can protect my chest, ribs, side and stomach. There's only one open body part — my head — and I can get it out of the way pretty quickly.

Bill Wallace is a former kickboxing champion and Black Belt Hall of Fame member who now teaches seminars around the world.