What You Need to Know About the Philippine Fighting Arts: Part 1 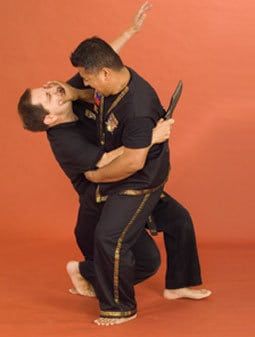 In recent years, the popularity of kali/escrima/arnis has skyrocketed among law-enforcement officers, as well as the general public. Experts believe the reason is threefold: The traditional Philippine systems offer all the benefits of the other Asian martial arts, wielding weapons provides a fine aerobic workout and, taught right, they serve as a functional form of reality-based self-defense. For all the essential facts on the stick styles, we asked Julius Melegrito, a master who runs a chain of schools in Nebraska, to weigh in. Here are some of his observations.

This FREE download will help you start your exploration of Filipino stick fighting!
Escrima Sticks 101: Julius Melegrito's Practical Primer on the
Fighting Arts of the Philippines

Julius Melegrito is the founder of the Philippine Martial Arts Alliance. He operates a chain of schools in Bellevue and Omaha, Nebraska. His 3-DVD stick- and knife-fighting instructional collection, Philippine Fighting Arts, is available now.