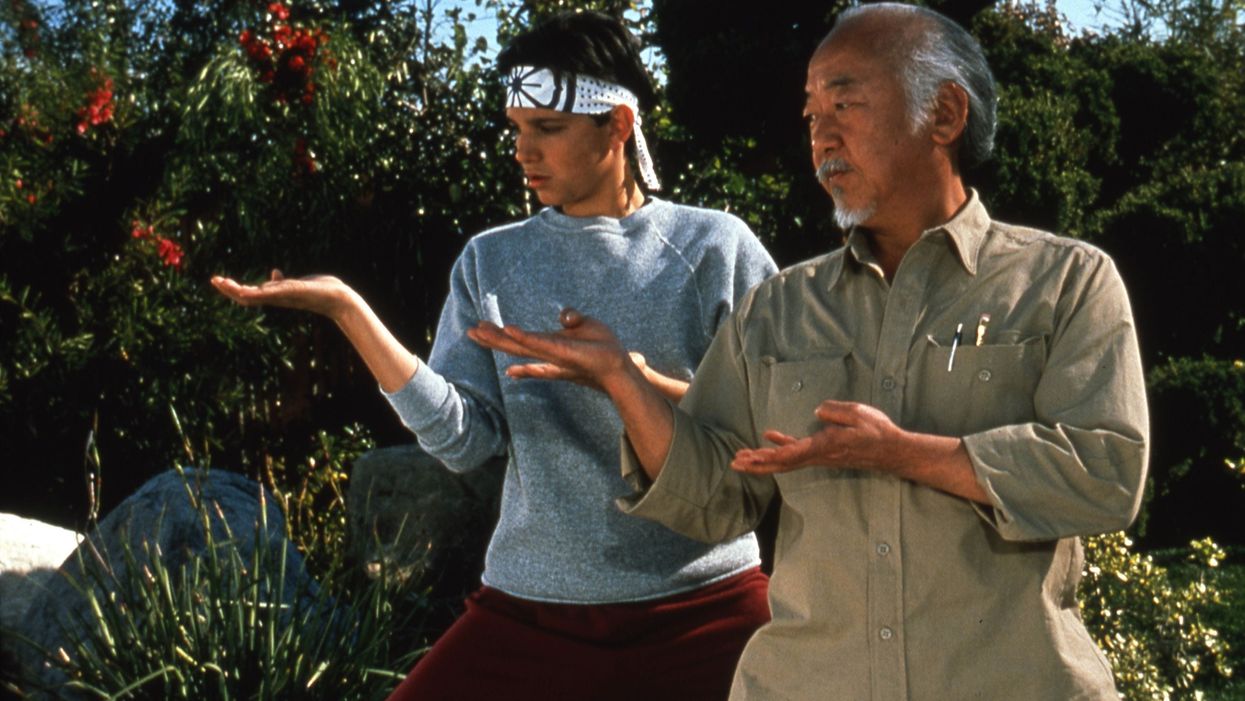 Is your teacher's school located three hours from your home, limiting you to taking lessons two or three times a month?

If so, you need to accept that you'll learn more slowly and that there will be frustrating visits to his dojo when you don't pick up any new material but instead get corrected on what you've already learned.

Is your teacher old? If so, you may find your movements becoming smaller and shorter in places where they should be big and long. I've seen dojo where 20-something guys move like they're months away from a wheelchair. Subconsciously or deliberately, they copy the postures and motions of the older teacher, even if he or she tells them not to.

Is school or work preventing you from training as often as you'd like? If so, you'll have to come to terms with the fact that you won't progress as quickly as you'd like — even while your classmates climb through the ranks and leave you behind.

Why did I open with those three scenarios? To make a point: Training under a good martial arts teacher isn't always perfect. Often there are obstacles to overcome, and some are rather challenging.

No matter how tough things are, though, your life is far easier than it would be if you had a poor teacher. Plainly put, you have virtually no chance of succeeding against the obstacles that surround training under a bad instructor.

Nearly all the problems in the martial arts today can be traced back to poor teaching. I don't mean just those teachers who are inadequate because they pretend to have skills they don't have or who teach because it satisfies some ego problem. I also mean teachers who are honest, well-intentioned and dedicated but still poor.

Let me posit two concepts that will help make my point. First, it's extremely difficult to teach the budo. Second, there are very few people who are qualified to do it. We take for granted that the budo are easy to teach and learn so long as one has the physical and mental stamina to stick with it. After all, there are thousands of dojo across the country and thousands of teachers there and in health clubs and community centers.

The truth is, the martial arts are sophisticated. They're hard to learn and harder still to teach. Most people don't get that.

It's tempting to think, “I learned the mechanics of the side kick last month, and I practiced it. Now I can teach it." Wrong. Being able to produce a side kick, which entails understanding its mechanics as they relate to you, doesn't mean you can reproduce it in others. Everyone has a different body and therefore encounters different problems. Understanding the side kick thoroughly enough to be able to deal with those differences requires years of training, as well as experience and insight.

In the same sense, learning a side kick while standing in a line in class is one thing. Learning the timing to employ it, the methods to set it up effectively and the coordination to use it in combination with other movements is another. The reality is that most of the karateka who learn these skills well have the talent needed to teach themselves. They learn not because of a teacher but in spite of him.

Fumio Demura's Karate Weapons of Self-Defense: The Complete Edition, a best-seller at 765 pages! Order it here.

Before he can teach the side kick, a teacher needs to do more than just learn how to do it. He must grasp the underlying principles of his art. He needs to see how those principles are embodied in the kick — in other words, relate the general to the particular.

He must also understand the reverse — how the particular (the side kick, in this case) reflects the general principles of his art. He must know how the kick remains consistent with and reinforces those principles. Only in that way can he teach the foundations of karate as a whole instead of just passing along disparate techniques.

The inability to do this is the reason so many instructors purport to teach a combination of styles. They fail to understand that a fighting art must be based on coherent principles that organize the body and mind in a way that's dependable and holistic. Interpreting karate as a tool bag of basically unrelated techniques and then teaching them without any sense of connection is one of the biggest mistakes teachers make.

The reality is that karate demands a certain perspective in order to be communicated effectively. A good teacher has to climb to a point at which his view is sufficiently broad, for only then can he show others how to get there and move beyond. Even with such a teacher, it isn't easy. Without one? Good luck.

About the author: Dave Lowry has trained extensively in the Japanese and Okinawan martial arts. He started writing the Karate Way column in Black Belt magazine in 1986.