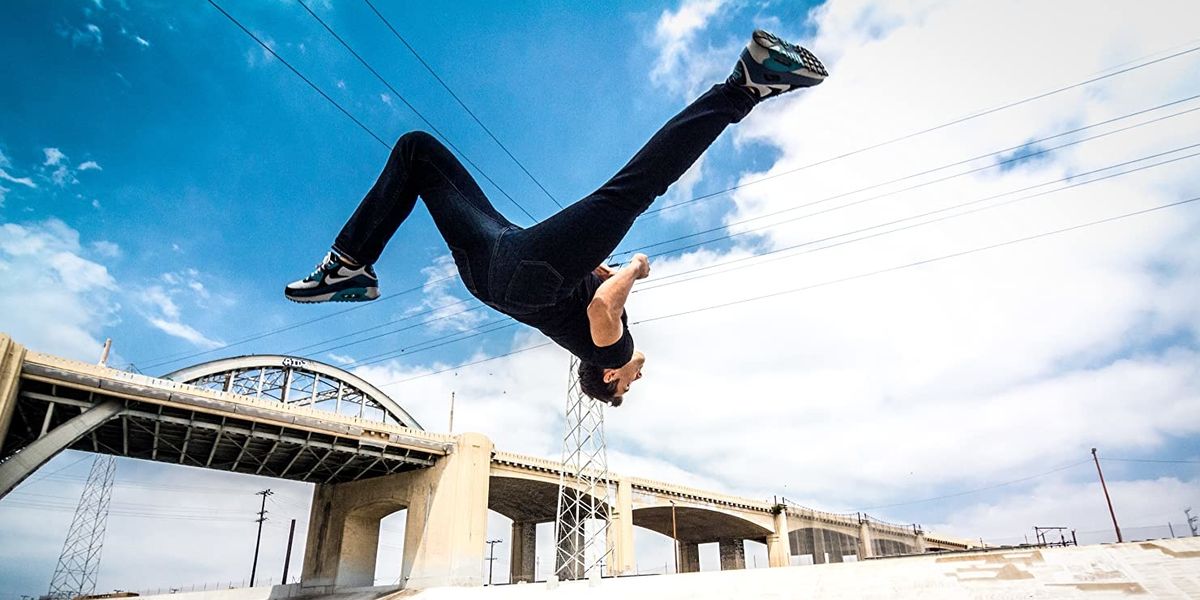 The three letters that have made Sport Karate a truly unique field in martial arts.

The 'CMX' acronym was created by the North American Sport Karate Association (NASKA) and stands for Creative, Musical, and Extreme. These titles correspond to three different forms and weapons divisions that Sport Karate competitors can compete in, for a total of six divisions. These events were formerly called "American" or "Open" divisions, but as the sport evolved to include gymnastic techniques and musical choreography it became apparent that new divisions would be necessary. This evolution has also been a source of criticism towards Sport Karate, as some traditionalists believe that acrobatics and tricks have no place in the martial arts. However, Sport Karate competitors and their supporters believe that CMX competition is great for building the speed, power, and coordination required to execute practical skills at a high level. Additionally, CMX divisions have been proven over the past decade to capture the interest of children and get more young people involved in the martial arts. It is important to remember that even though tricks and creative manipulations of the body and various weapons are allowed in these divisions, the primary judging criteria remains the foundational martial arts technique.

Before we dive into the differences between the creative, extreme, and musical divisions, keep in mind that these terms are defined by the NASKA rules for the purposes of this article. Other leagues may use the same terminology, but have different rules and regulations. The American Tae Kwon Do Association (ATA) features creative and extreme divisions at their events in which music is allowed in both divisions, instead of having a separate musical division. ATA rules also require that a weapon does not leave the body during a creative weapons routine, whereas NASKA rules allow such releases in creative weapons. Other leagues may also value certain attributes of CMX divisions differently than NASKA. This is the case for the National Black Belt League (NBL), in which choreography with the music is more strongly considered during judging.

Creative forms and weapons competition is the most strict of the three CMX categories. In creative divisions, competitors are required to use only moves that have evolved from martial arts in their routines. This includes traditional techniques, as well as more contemporary techniques that are based on traditional movements. A few examples include the 540 kick, which evolved from a basic roundhouse or inside crescent kick, or a double-double, a bo spinning technique evolved from the basic figure-eight strike. Weapons releases are also permitted in the creative division.

So what can't you do in creative divisions? The NASKA rules state that a movement involving more than a 360-degree spin, an inversion of the body more than parallel to the floor, or a movement that is similar to gymnastics movements would result in the disqualification of the competitor. It is also forbidden to perform a strictly traditional routine in the creative division. However, there are exceptions. A weapons release in which an athlete spins more than 360-degrees on the ground while the weapon is in the air does not count as a disqualification, as the 360-degree rule only applies when a competitor is in the air (i.e. jumping to perform a kick). This is because the rules that constitute an "extreme" movement only refer to techniques focused on the body, not the manipulation of the weapon. The NASKA rules also clarify that wushu butterfly kicks, illusion kicks (as seen in the above video of former world champion Marcel Jones at 0:27), forward rolls, and kip ups are all legal techniques. There is also an unwritten rule that a 540 kick is allowed when the competitor lands on the knee, but not when a competitor lands in a standing position. These restrictions require competitors to use a great deal of traditional martial arts techniques when choreographing their routines, but allow the use of a few modern techniques to add performance value.

It should also be noted that in the adult division (ages 18 and up) creative weapons in split into two separate events, bladed and non-bladed. This means that nunchaku and bo competitors compete in a separate division (non-bladed) from the kama and sword competitors (bladed). This split has been unique to the NASKA adult divisions for many years now, and typically ensures that the Saturday-night finals will feature high-level adult competitors with a variety of weapons.

The main feature that separates extreme forms and weapons from their creative and musical counterparts is the competitor's ability to invert their body beyond parallel to the floor or spin more than 360 degrees in the air. In fact, at least one such move is required to qualify for the division. If a competitor does not invert their body (i.e. flip upside-down) or spin more than 360 degrees in their routine, they will be disqualified. A competitor may also be disqualified from this division if their routine does not consist of at least 50% martial arts-based techniques. The NASKA rules still place emphasis on the execution of clean martial arts techniques as the primary scoring criteria, but it is noted that having more inversions or multiple-rotation jumping techniques in a routine would likely result in a higher score, assuming that all other specifications are met. In the above video of former world champion Matt Emig, he demonstrates an excellent example of an extreme weapons form with solid martial arts striking and stances, combined with extreme acrobatics to add difficulty and performance value. Although Emig doesn't perform any in this routine, weapons releases are allowed and encouraged in extreme weapons divisions.

Competitors are not allowed to use music for their creative or extreme routines because the musical division is designed for this purpose. In the musical forms or weapons division, a competitor can do any style of routine they wish, wether it be traditional, creative, or extreme. The only requirement for this division is that the competitor must use music. It is strongly encouraged by the NASKA rules that any musical beats or sound effects in a competitor's music should be well-choreographed with the techniques and add to the overall performance. A competitor will not be disqualified if their music is simply background music, but can certainly increase their score by using choreography. In the above video of former world champion Marc Canonizado, you can see that Canonizado choreographs his opening movements with the music and that the style of music fits the overall routine. Without music, Canonizado's performance would be considered extreme. The addition of music to any routine will qualify that routine for the musical division.

At NASKA world tour events, the winners of each of the CMX divisions for a given gender and age group advance to a second round of competition. For junior competitors (ages 17 and under), this is called divisional grand championships or run-offs, because the winners of these second-round divisions will advance to the overall grand championships in the Saturday-night finals. For adults, winning a CMX division will typically earn that competitor a spot in the overall grand championships on Saturday night, but some events may choose to hold a run-off to narrow down the competition to 2-3 competitors instead of 4-6. If a competitor wins the creative or extreme division and advances to the next round, they are allowed to add music to their routine to level the playing field with the competitors that won musical divisions.

Why are CMX Divisions Important?

In many ways, the addition of CMX divisions to martial arts competition is similar to the introduction of the three-point line in professional basketball. For years basketball purists claimed that three-point shooting teams were too "streaky" and could never win a championship. However, the Golden State Warriors designed the best three-point shooting team ever assembled and won three NBA championships in four years. Basketball is now bigger than it has ever been on a global scale. Similarly, martial arts purists have criticized CMX competition for being too contemporary and not featuring enough traditional technique. Despite these criticisms, CMX competitors have gone on to be leaders in the martial arts industry and these divisions are a huge part of the growth of competitive Sport Karate and martial arts as a whole.