Way of the Ninja: Strategies for a Better Life Today 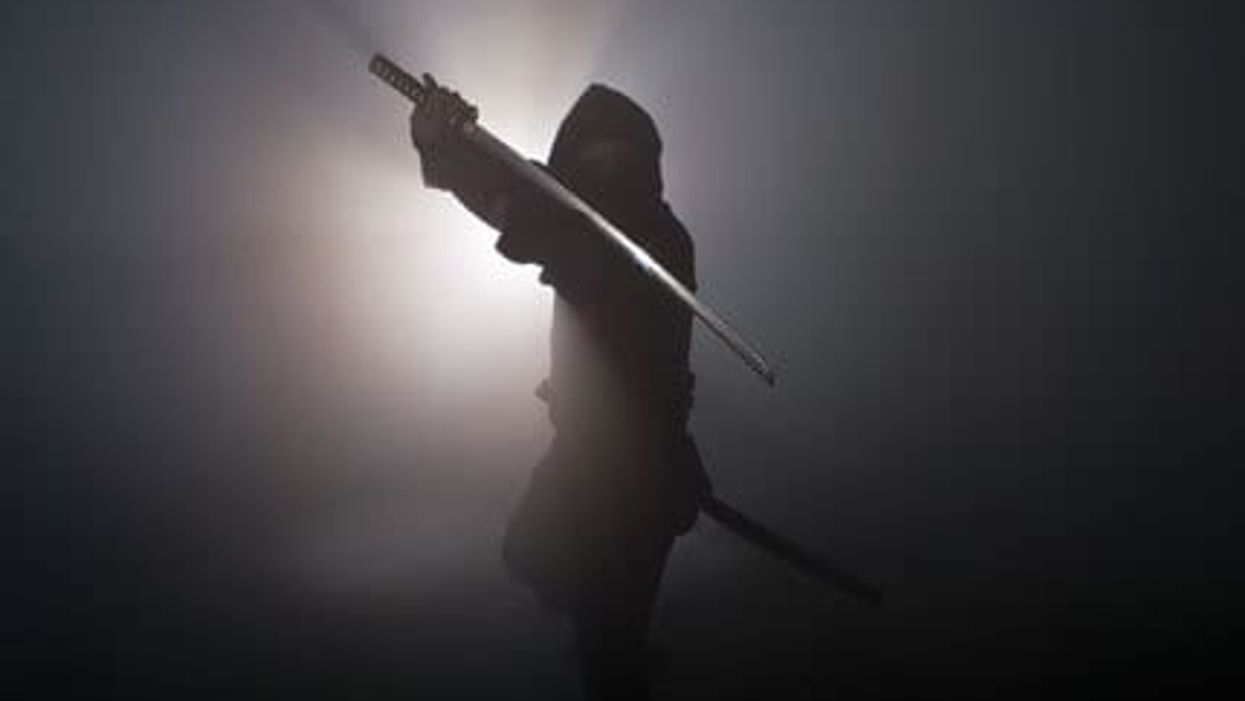 Tree climbing and throwing stars aside, ninjutsu encompasses principles of psychological self-defense that even the military use. Such valuable skills are readily available to you, too. Start changing your design for living right here!

Centuries ago, the art of ninjutsu was born into a world enveloped in war. That one fact makes it vastly different from styles like aikido and Brazilian jiu-jitsu, which were founded during peacetime. Because of its violent childhood, ninjutsu matured into a system that focused on fighting methods that worked on the battlefield, behind enemy lines and against multiple attackers. The art grew to encompass principles for psychological self-defense that enabled its adherents to live out their lives on their own terms, free from fear. Those same principles are now used by military personnel around the world — even though they probably don't know where the teachings came from. Because we all face adversity — granted, it may not be as severe as that experienced by a black-clad warrior 500 years ago or an Army Ranger today — ninja wisdom is just as valuable in the 21st century as it ever was.

At the foundation of ninjutsu lies the basic understanding that you have little to no control over your attackers. Whether they're physical, psychological or emotional sources of stress, to waste time fretting, panicking or denying the truth of the circumstances is to invite frustration. Or failure.

Explore the basic understandings at the foundation of ninjutsu with this new FREE download!
Ninjutsu Training: A System for Fighting and Living

The inhabitants of the ninja villages in Japan's Iga province were attacked almost daily. Instead of wallowing in their misery, they prepped themselves to function in fearful or stressful environments. Accounts abound of training sessions in which students ran through dark forests while their partners waited for an opportunity to effect a surprise attack. By mastering their breathing, their senses and their awareness, they were able to function. What's more, they learned how to remain relaxed under stress.

These days, sources of stress take on many forms. Daily challenges may not become real psychological or emotional threats until they start to snowball. “It's not an expensive car repair," you might say. “It's just that I need the car to pick up my cousin at the airport tomorrow. It wouldn't be a big deal, but with my reduced hours at work …"

Just like the ninja of old, we can't control our environment, but we can control ourselves. Remember to keep breathing, smile and never lose your 360 degrees of awareness. You've no doubt read countless articles that explain the concept of “tunnel vision." Frustration, fear and anger can narrow your awareness to the origin of those emotions (your attacker). As a result, you're exposed to the possibility of multiple assailants.

This principle applies psychologically, too. Spend your time frustrated or angry over your circumstances, and you're liable to miss out on opportunities that are dangling just outside your peripheral vision. Opportunity is present in every stressful situation. Recall how persecution and warfare helped transform the ninja not only into survivors but also into legends.

There's something to be learned from everything.

The ninja referred to this principle as shikin harimitsu daikomyo, which roughly translates as “every moment holds the potential for enlightenment." The ninja's enemies enjoyed superiority in numbers, weapons and supplies. The ninja, however, realized there was one thing their enemies could not take away: their ability to learn something new from each encounter. This principle was embraced and eventually woven into the fabric of ninjutsu.

The beauty of historical ninjutsu is that training and living were the same. The only thing that separated failure from lesson learned was the mindset of the person involved. They strived to take something new from each encounter and apply it during their next one. They never allowed their egos to get in the way of revisiting that vital first stage of learning.

Conditioning yourself will help you succeed in stressful environments.

The third principle is one that separates martial artists from sports competitors, and it lies at the heart of ninjutsu. Bruce Lee reminded us that the best training for the event is the event. Separating excellent training from mediocre training can be challenging because we normally can't participate in the event we're training for. As explained above, however, the ninja were able to combine the actual event with their training, and they worked out a system for learning from each attack.

A complete martial art trains you to remain comfortable in stressful or dangerous environments. To do this, it must push the boundaries of your comfort zone periodically to condition you to succeed under pressure. Modern practitioners of the art accomplish this in many ways: training with the lights off, defending themselves while wearing blindfolds or handcuffs, fending off multiple attackers, overcoming environmental obstacles and defusing verbal attacks.

Remember that the goal isn't to eliminate fear. It's to remain comfortable in the face of fear and not be paralyzed by it.