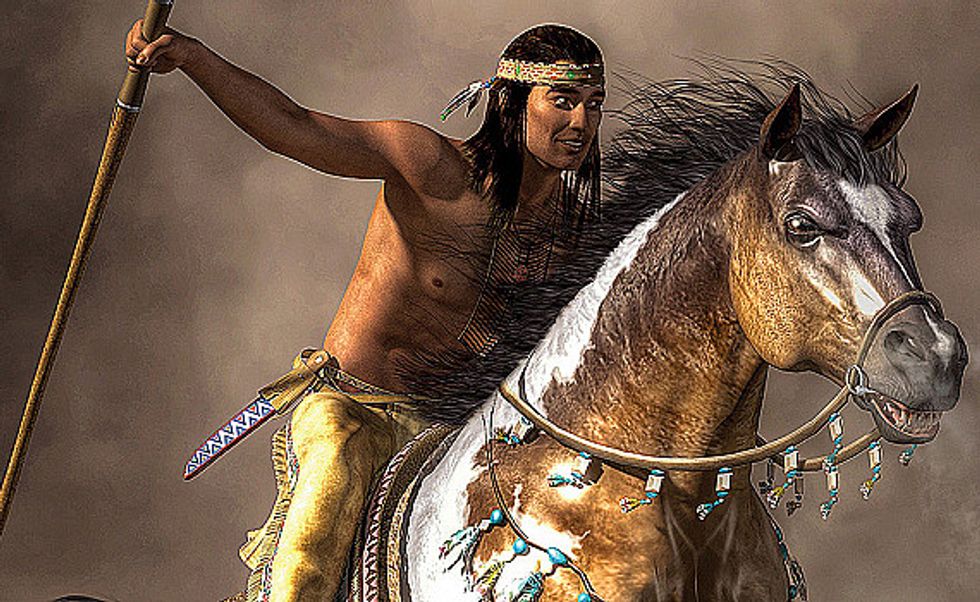 There is a 90-percent chance that you’re right-handed. I say that because statistics show left-handed people make up approximately 10 percent of the human population. by Mark Hatmaker

Research indicates that approximately 30 percent of us delegate tasks between hands, the so-called ambidextrous. But if you dig deeper into this, you’ll find that it’s not true equality. Even this 30 percent will show a hand preference for fine-motor-skill work.
Disclosure: I’m a righty who boxes southpaw, signs my name with my right hand, works the Bowie knife and tomahawk with my right hand, but finds that my left hand is more suited for gun work. I’m in that 30-percent twilight zone, but when I’m confronted with a new task or when my skills deteriorate during stress training (extreme cold, etc.), my right-hand dominance manifests more starkly. So keep in mind that ambidexterity is not a true 50-50 proposition — for me and for most people.
Consider the case of “Marvelous” Marvin Hagler. Even though he was said to be ambidextrous‚ he wasn’t all the time. When it hit the fan, we could see him shift to his preferred side.

For the purposes of combat, I will focus on a skill that was part and parcel of the indigenous warrior’s skill set and is still a huge part of awareness training for law-enforcement officers and wise martial artists. I’m referring to the ability to spot pechari mo’obe. That’s the Comanche term for the ability to see the “killing hand.”
The killing hand is the hand that wields the weapon with utmost dexterity, the hand that can flick into the face of an attacker with maximum speed, the hand that is wound up for an uneducated haymaker, the hand that indicates the side of the body that’s favored in grappling and scuffling once an altercation hits the ground.
Historically, warriors were expected to train themselves to detect handedness at a glance — and not merely in human beings. It could be beneficial to spot it in other species, most of which exhibit left and right preferences with the same 90/10 distribution as human beings.
A good warrior would watch which hoof a mustang used to scratch the ground so that he’d know which hoof was most likely to effect a forefoot strike. If the good warrior was also a good horseman, he would then approach said mustang from the offside.
Need another illustration? Toss a toy to your dog or cat and note which paw it uses to swat it out of the air or pin it down. You now have a reading of the animal’s left/right dominance. If your pet should ever turn feral — for example, in the coming domestic-pet zombie apocalypse — you’ll be better able to formulate a strategy for exploiting its offside for corralling and control.

As for reading human handedness …
Whenever anyone walks anywhere with anything in his or her hand, that person tells us what is deemed to be of value. It may not be the dominant hand itself doing the carrying, but we still can get a read on what the person values (more on that in a moment).
Of interest to martial artists is the related notion of “hiding the killing hand.” In many warrior traditions, people were taught to carry nothing in their hands that wasn’t a weapon, a tool or a loved one. Carrying anything else showed weakness and insecurity — it tipped your hand, so to speak.
In modern times, this means that men and women who consider themselves warriors should walk with nothing in their hands so they’re ready to face whatever is out there. It doesn’t matter if it’s just a trip to the grocery store. The only exception is a tool you’re getting ready to use (a shopping cart counts), a weapon at the ready (only in dire times, obviously, or while hunting), a hand of a loved one or perhaps a burden you’re carrying to a car for someone else.
Anything else in your hands is a security blanket, one that often tells a tale of dependence. If it happens to be a cellphone you’re clutching but not using, well, that’s a big reveal.
If you feel the need to travel with an item in your hands, you’re signaling to the world that you need it. The warrior tradition asks you to look at what you hold and question your relationship with it.

And now, your assignment: For the next week, attempt to mentally determine the killing hand of every person you see. With a little practice, it will become second nature. You’ll be able to wander through crowded places while keeping a mental tally: “Right, right, left, right, could be left — no, he’s right-handed! When he stopped to tie his shoes, he gave me a definite signal.”
Also‚ for the next week, every time you place something in your hand, consider your relationship with it. Is it a tool for immediate use? Is it part of an interaction with a loved one? Or is it a dependency gesture that betrays which hand is your killing hand to all who are educated enough to notice?

From Your Site Articles
FollowUnfollowFollowing
Introducing Martial Arts School Listings on Black Belt Mag!
Sign Up Now To Be One Of The First School Listed In Our Database.
Sign Up →
SUBSCRIBE TO BLACKBELT MAGAZINE TODAY!
Don't miss a single issue of the worlds largest magazine of martial arts.

Judo Blog: The Role of Photography in Judo Education

3 Storylines To Watch At ONE on Prime Video 5 De Ridder vs. Malykhin

Bullied to Bestseller: Matt Polly and the Transformative Power of Martial Arts

one championship
Introducing Martial Arts School Listings on Black Belt Mag!
Sign Up Now To Be One Of The First School Listed In Our Database.
Sign Up →
SUBSCRIBE TO BLACKBELT MAGAZINE TODAY!
Don't miss a single issue of the worlds largest magazine of martial arts.

The Cost of Doing Business in MMA (Part 1)

SHAOLIN STUDIOS 5: The Ten Tigers of Shaolin Part I: Hong Xi-Guan – Tiger/Crane in the House