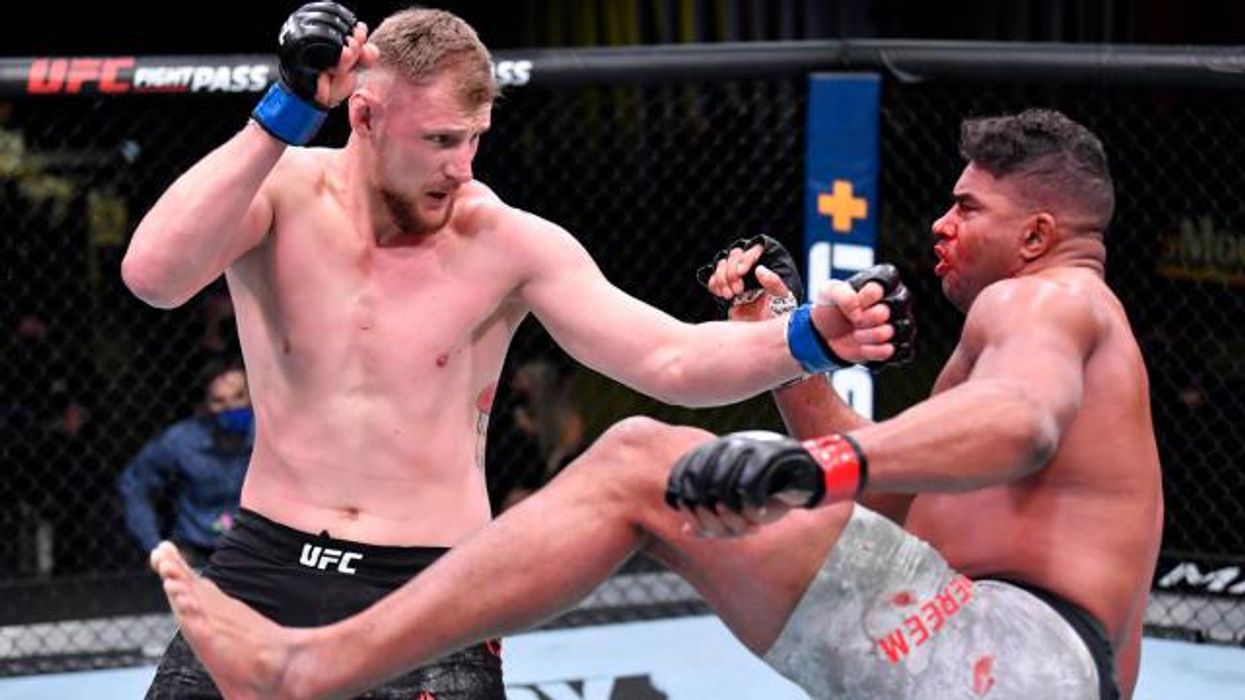 UFC Fight Night 184 featured 6'7" Russian heavyweight Alexander Volkov using his height and reach to beat up Alistair Overeem before stopping the former Strikeforce champ and UFC title challenger with a crushing left hook in the 2nd round Saturday night in Las Vegas. Volkov moves his record to 33-8, 7-2 in the UFC.

The co-main event saw the knockout of the night as bantamweight Cory Sandhagen leveled Frankie Edgar just 28 seconds into their match with a flying knee that left the former lightweight champion laying face down on the canvas, completely unconscious. After a few scary moments, the 39-year-old Edgar was able to rise and appeared to be okay.