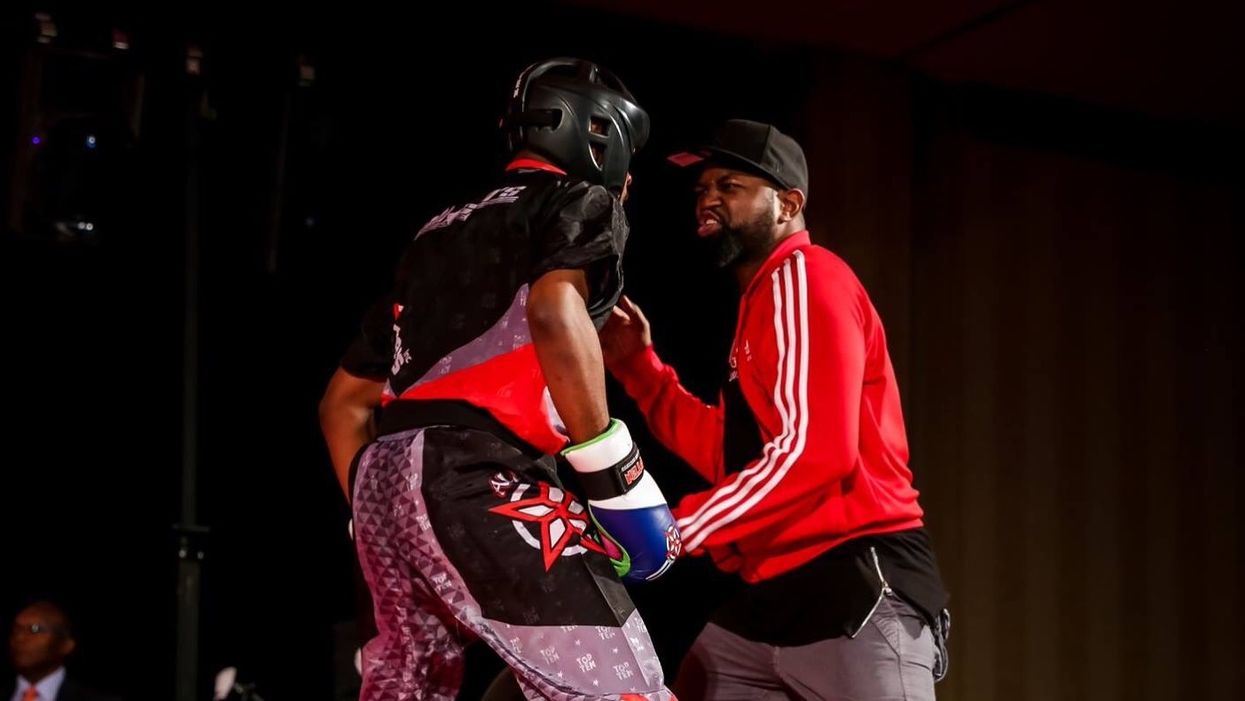 Jessie Wray's Virtual Fight Tour brought professional point fighting back with an event that was truly one-of-a-kind. The card featured two fights between rising stars who are trying to make a name for themselves in the sport, and two fights between superstars as Kevin Walker took on Ryan George and Tyreeke Saint challenged Bailey Murphy. Keep reading for results and analysis of each exciting bout.

Team Straight Up's Stan Rakov knew he would need to get to work early if he wanted to overcome the 7-inch height advantage of Team Next Level's Darren "Dee Stacks" Payne, which he did with an immediate back-fist to start the match. Payne answered shortly after with a defensive side kick. As rounds one and two progressed, Rakov continued to pressure by getting off the line quickly and keeping the fight close. Payne made some clever adjustments heading into round three and created more space to render Rakov's quick takeoffs ineffective. Payne would pull away during the third round to ultimately win the fight by a twelve-point margin.

This was the first-ever matchup between Team Next Level's Prahlada Milligan-Cuffee and Angel Diaz of Stratford Shotokan and Team Revolution. Diaz came out of the gate with an active kicking leg to slow down Milligan-Cuffee's aggresive strategy to start the match. In round two, Milligan-Cuffee landed a beautiful 2-point spinning hook kick to the head that shifted the momentum heavily in his favor as he began to pull away. However, Diaz would make a valiant comeback in round three as he scored two head kicks during a 7-0 run to tie the fight back up. Despite the excellent effort of Diaz, Milligan-Cuffee would win the majority of the last several clashes and ultimately claim a five-point victory.

The matchup between Kevin Walker of Team All-Stars and Ryan George of Team Dojo Elite - Power was arguably the most highly-anticipated fight on the entire card. These two superstars have faced one another numerous times and always provide fireworks. George was aggressive to begin the fight, jumping out to a 3-0 lead that had Walker circling the ring on defense. In round two, Walker began applying the pressure and took his first lead of the fight by the middle of the round. After several back-and-forth exchanges, George land a buzzer-beating back-fist to end the round with a tied score. These two fighters really let loose in round three, as Walker landed a picture-perfect axe kick on the head of George. George responded with a powerful flurry of punches that resulted in an injury timeout for Walker. Walker would recover in time to finish the fight, but the skilled opponents found themselves tied once again at the end of the third. According to Virtual Fight Tour rules, the fighters have an opportunity to agree to a sudden-death overtime or an extra one-minute round. In this case, the fighters disagreed and a coin toss would determine which fighter got to choose the overtime format. George would win the toss and defer to Walker, who elected to have an additional one-minute round, in which he used his endurance to build a two-point lead. With only two seconds remaining in overtime, Walker stepped out of the ring to avoid a cartwheel kick by George, which resulted in a clock stoppage and a penalty point being awarded to George. George capitalized on the two seconds by scoring another miraculous buzzer-beating back-fist to tie the match once again at the end of the first overtime. In the second overtime, Walker was finally able to pull away for good and claim the belt in an absolute thriller.

The final match saw superstars Bailey Murphy of Team Straight Up and Tyreeke Saint of Team Top Ten USA add another chapter to their storied friendly rivalry. In the first round, both fighters expended a ton of energy using a variety of hard fakes and fast takeoffs in an attempt to get an edge. Remarkably, their endurance held up through the entirety of the fight. The fighters continued to stay in the pocket through round two, with Murphy starting to gain momentum with a two-point lead. Murphy continued to pull away in the third round with a barrage of blitzes that kept Saint reacting instead of initiating. The extremely high skill level of both fighters was evident as Murphy eventually earned the victory by five points. In his post-fight interview, Murphy began with a passionate monologue before any questions were asked. He explained that he no longer wants to be referred to as "the future", because he feels his eight NASKA overall grand championships make him a star of the present. He showed respect to Irish Open champion Elijah Everill by claiming that Everill is the best point fighter in the world right now, but added that by 2021 Murphy himself would be regarded as the greatest on the planet. Time will tell if this prophecy is true, but his unquestionable talent and record of success suggests that Murphy is well on his way to becoming one of the greats.