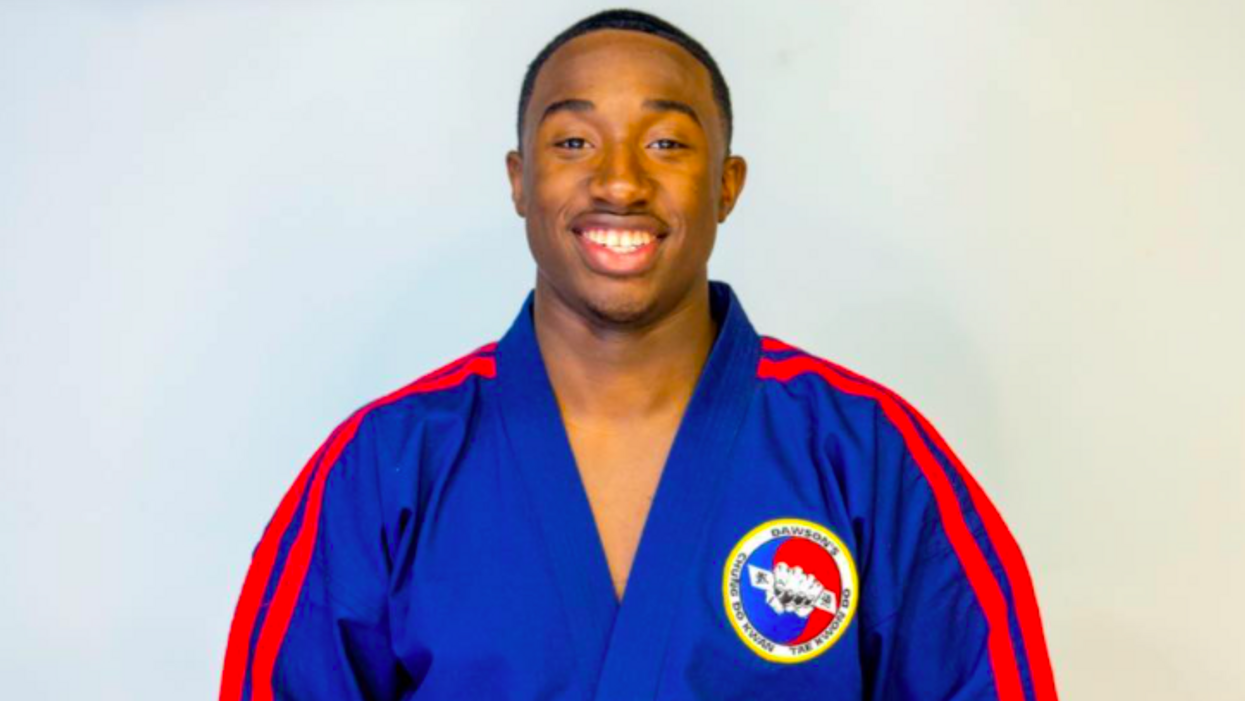 The first two Virtual Fight Tour events were streamed from New York and Georgia, but this card went down in Texas with a roster full of fighters from the Lone Star State. Despite several injuries, every fight was well-contested and gave sport karate fans the show they signed up for. Keep reading for results and analysis of every bout.

The first two matches of the evening featured some talented junior fighters. Tyson Wray, son of Virtual Fight Tour promoter Jessie Wray, has made several appearances as a coach for the promotion and continued making his father proud by kickstarting the night against Texas native Manuel Hernandez of Team Gipsy. Wray, who represents Team Next Level, fell behind early in the match as Hernandez scored a fade-away back fist. Hernandez continued to fight defensively through the first round as Wray continued to attack and keep the score close. Round two saw Hernandez switch up his strategy by lifting his lead leg more, but he was not throwing the kicks and Wray took advantage with a series of step-in hand techniques. Wray got the upper hand on Hernandez on the final few clashes of the second round to claim an 11-8 lead, then pulled away in the third with a couple of defensive side kicks that gave him a six-point victory.

The young rising stars continued to shine bright in the second bout as Team Paul Mitchell's Alex Mancillas challenged Jason Letona of Team Top Ten USA. Letona would strike first with a fast takeoff and a defensive side kick to jump out to a two-point lead. Mancillas responded with a pair of reverse punches to tie the score. After a few more exchanges Letona had jumped ahead, but Mancillas orchestrated a 3-1 run to end the round with Letona clinging to a 7-6 lead. The momentum began to swing in favor of Mancillas early in round two as he scored on a defensive side kick and spinning hook kick to the head, until Letona put together a 3-0 run to end the round with his one-point lead in tact. The fight intensified as the athletes exchanged many clashes and Letona battled an apparent toe injury that resulted in several injury timeouts. As time expired with Letona out of bounds following a clash, Mancillas was able to score a final time to even the match and send it to overtime. The fighters continued the back-and-forth nature of the bout through the one-minute overtime period and Letona would ultimately score at the buzzer to win a thriller.

The adult fighters arrived in the third match with a heavyweight duel between Team Next Level's Anthony Merricks and Team KTOC's Chris Robinson. Robinson expended a ton of energy early in the match, but it was worth it as a few well-timed takeoffs and a head kick gave him a 4-0 advantage. The excellent defense of Merricks put him in position to score later in the round and stay in the match as the round ended with Robinson holding a 7-3 lead. Robinson expanded his lead to seven points to begin the second, until his bounce slowed down and his endurance started to fade. Merricks took advantage with a miraculous 7-0 run that tied the match. Robinson responded with a buzzer-beating back fist to reclaim the lead, but it was all Merricks in round three. A defensive side kick gave Merricks his first lead of the match and he never looked back, cruising to his first Virtual Fight Tour win.

The next match began with two veteran fighters feeling each other out as Team Gipsy's Vito Rodriguez exchanged a series of fakes with Texas point fighting legend Willie Hicks. Rodriguez drew first blood with a defensive side kick and Hicks answered shortly after with a speedy takeoff. Then, on a clash near the edge of the ring, Rodriguez landed a reverse punch while Hicks attempted a jumping round kick. The clash sent Hicks to the hard flooring outside the matted ring, at which point he writhed in pain for several minutes as the medic assessed his condition. Hicks was unable to continue and Rodriguez took the win since it was not malicious contact that caused the injury. In his post-fight interview, Hicks complimented his opponent and explained that his shoulder popped out when he took the hard fall.

Another Texas point fighting legend took the mat in the penultimate matchup as Regena Thompson faced off against younger opponent Alyssa Guillen. Guillen was impressive in round one with great movement and a pair of defensive side kicks that gave her a two-point advantage. The veteran Thompson responded to the deficit in round two with a fast takeoff and strong reverse punch that unfortunately aggravated a wrist injury she has been dealing with. The fighters continued to exchange explosive clashes into the third round leading to a devastating reverse punch from Thompson to the head of Guillen, who immediately fell to the ground. She was given a few minutes to recover but ultimately was unable to continue after suffering the powerful blow. The judges concluded that Thompson did not use malicious intent when throwing the reverse punch, so she secured the win despite being down one point when the injury occured.

The main event of the evening was a callout match that featured challenger Chance Turner of Team Gipsy and formidable foe Kameren Dawson of Team Dojo Elite - Power. Dawson has asserted himself as one of the best point fighters on the planet with his remarkable success over the past few seasons and had a sixty-pound weight advantage going into the bout, which had many point fighting fans concerned that it could be a blowout. However, Turner is a veteran fighter who went toe-to-toe with Dawson for the entirety of the match. The Texas native was active early as he scored two quick points to take the lead. Dawson responded with a round kick to the body and an impressive head kick, and after a few more exchanges Turner trailed Dawson by only a point going into the second. Turner continued to look very impressive in the second round as some explosive hand techniques helped him regain his two-point lead with a score of 10-8. Dawson was attempting to counter Turner's blitzes with a lead-hand ridge hand technique, but the judges were consistently calling in favor of the aggressor. Dawson adjusted midway through the round and started to use his lead leg more, which opened up scoring opportunities with his hands and helped him tie the match going into the final round. As Turner battled an arm injury caused by multiple strikes on the strong frame of his opponent, Dawson began to pull away. He scored on a step-in, followed by a round kick that seemed to land on Turner's chin, and a few additional striking combinations that sealed the victory in Dawson's favor. After the fight, Dawson complimented Turner for his role as a new father and reflected on the relationship he had with his own father, the great Gerald Dawson who tragically passed in December of 2018. Dawson also criticized his own performance and remarked that he "fought like garbage", a testament to his humility and mindset to always continue improving.