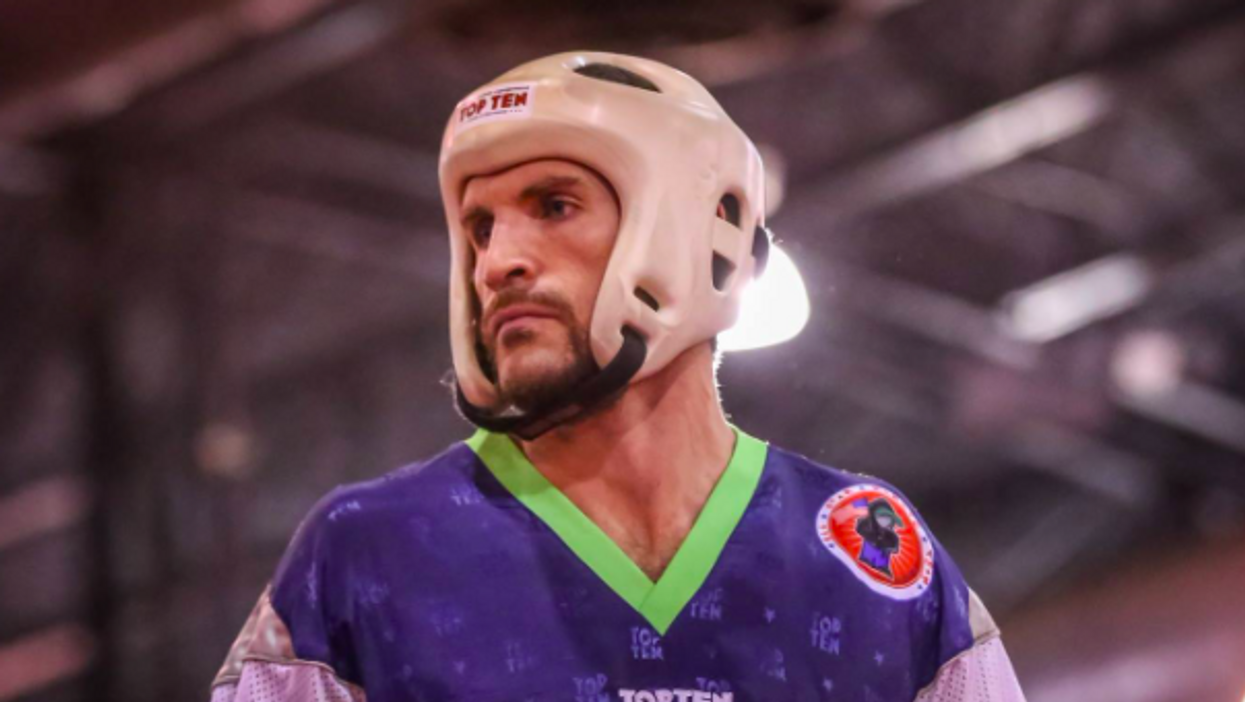 In Jessie Wray's second promotion of the Virtual Fight Tour, nearly every bout came down to the wire.

The Virtual Fight Tour is an exciting new promotion for sport karate competition that brings fans point fighting matches in a pay-per-view format, with forms and weapons competition on the horizon as well. On Saturday night, the second installment of this event took place with an action-packed card that did not disappoint. Keep reading for results and analysis of all five fights.

The first women's fight of the Virtual Fight Tour featured two talented sixteen-year-olds, Emma Cullinan of Team Next Level and Sabiha Sabreen of Team TAMCO. The ladies started the fight with a lot of movement and fakes, exchanging a few blitz techniques. Cullinan would land two two-point head kicks that gave her the lead by the end of round one. The second round saw Sabreen score on a few early blitzes, but by the end of the round Cullinan adjusted and used defensive side kicks to expand her lead. Much like the second, Sabreen was aggressive to start the third and final round. Cullinan once again responded with defensive side kicks, and ultimately sealed the victory with another head kick in the final moments.

Romani Alicea of Team Straight Up and Darren Payne of Team Next Level began their bout with a solid defensive display featuring great movement from both fighters until Alicea drew first blood with a blitz. Payne answered on the following clash with a reverse punch to tie the score, and would build a 5-2 lead by the end of the first. Payne maintained his momentum into round two, but Alicea answered towards the end of the round and shifted the momentum of the match with a head kick that narrowed his deficit to one. Alicea then opened the third round with yet another head kick, which led to a see-saw battle with both fighters exchanging points nearly every clash. The score wound up tied as time expired and the competitors agreed to use the sudden death overtime rules as opposed to fighting for an extra minute, a special feature of the Virtual Fight Tour rulebook. Alicea continued to trust his kicks in overtime, landing one and claiming the win in his first Virtual Fight Tour appearance. Payne's record in the Virtual Fight Tour falls to 1-1 with the loss, but he is expected to fight for the promotion again in the near future.

The third fight of the night was a thrilling matchup between senior competitors Yoskar Gamez of Team Legend and El Java Abdul-Qadir of Team Top Ten USA. These athletes have duked it out multiple times before at NASKA World Tour events, so most who follow the sport closely expected an exciting bout. They did not disappoint as both fighters were explosive in the opening round, with the five-inch height advantage of Gamez allowing him to score a few more back fists than Abdul-Qadir. This made the score 9-6 going into the second, but Abdul-Qadir quickly erased the deficit. As the round progressed, Gamez regained composure and created separation once again with a series of fadeaway back fists that gave him a two-point advantage before the final round. Abdul-Qadir was even more explosive at the beginning of the third round than he was in the second, jumping out to a four-point lead in rapid fashion. Gamez responded to the lead change with seven unanswered points to regain the lead once again. The ever-resilient Abdul-Qadir halted the Gamez run and tied the match in the final moments. With only a couple of seconds remaining, Gamez went back to his trusted back fist to score the final point of the match and give the Venezuelan known as "La Leyenda" a hard-fought win.

Team Next Level and Team Straight Up had each secured one victory for the evening, with Cullinan and Alicea winning for their respective teams. That meant that the matchup between Straight Up's Brandon Ballou and Next Level's Anthony Merricks would determine which team earned the bragging rights. Merricks is the more physically imposing fighter with a 45-pound weight advantage, but Ballou showed off his speed early in the first to take the lead. Towards the end of the first round, Merricks gained his footing and used his signature fakes to put himself in position to score. Ballou tried to pull away in the second round and expand his 10-6 lead, but Merricks stayed in the fight with several well-timed defensive side kicks and reverse punches. It was obvious that Merricks felt a sense of urgency in the third round as he was much more aggressive and narrowed the gap to three. When the fighters clashed near the cage with about thirty seconds remaining, both tumbled to the ground with Merricks landing on top of Ballou, which caused an injury timeout. The timeout changed the pace of the fight, allowing Merricks to score three unanswered points to force overtime. In this instance, the fighters disagreed on the overtime rules and a coin flip determined that sudden death rules would be used. Ballou exploded off the line with a match-winning blitz and began his Virtual Fight Tour career with a victory.

The main event of the evening saw superstars collide as veteran Jack Felton of Team All Stars challenged the winner of the Virtual Fight Tour's first main event, Bailey Murphy of Team Straight Up. This was a highly anticipated matchup because the two fighters have never faced one another. Felton is widely considered to be one of the top five lightweight point fighters of all time, so this would be the perfect opportunity for Murphy to continue his quest to be considered the best in the sport. As expected, Murphy came out fast to begin the fight. Felton responded quickly to keep the Murphy lead manageable, and swung the momentum in his favor with a two-point round kick to the head. Felton rode a two-point lead into the second round, where he put his incredible fight IQ on display to score with a variety of techniques from side kicks to back fists and balloon his lead to five. At the beginning of the third, Murphy proved why he is one of the best in the world by going on a 5-1 run that made the fight close once again. However, Felton is nicknamed "The Iceman" for a reason. He maintained his composure and met Murphy's energy in the second half of the final round, getting the best of Murphy on the majority of the last several clashes to secure an impressive four-point win. Regardless of the outcome, both fighters put on an incredible display of athleticism and skill. Sport karate fans should be thrilled that we still get to watch "Captain Jack" compete at this high of a level, and that we will have the outstanding Bailey Murphy to watch for years to come.