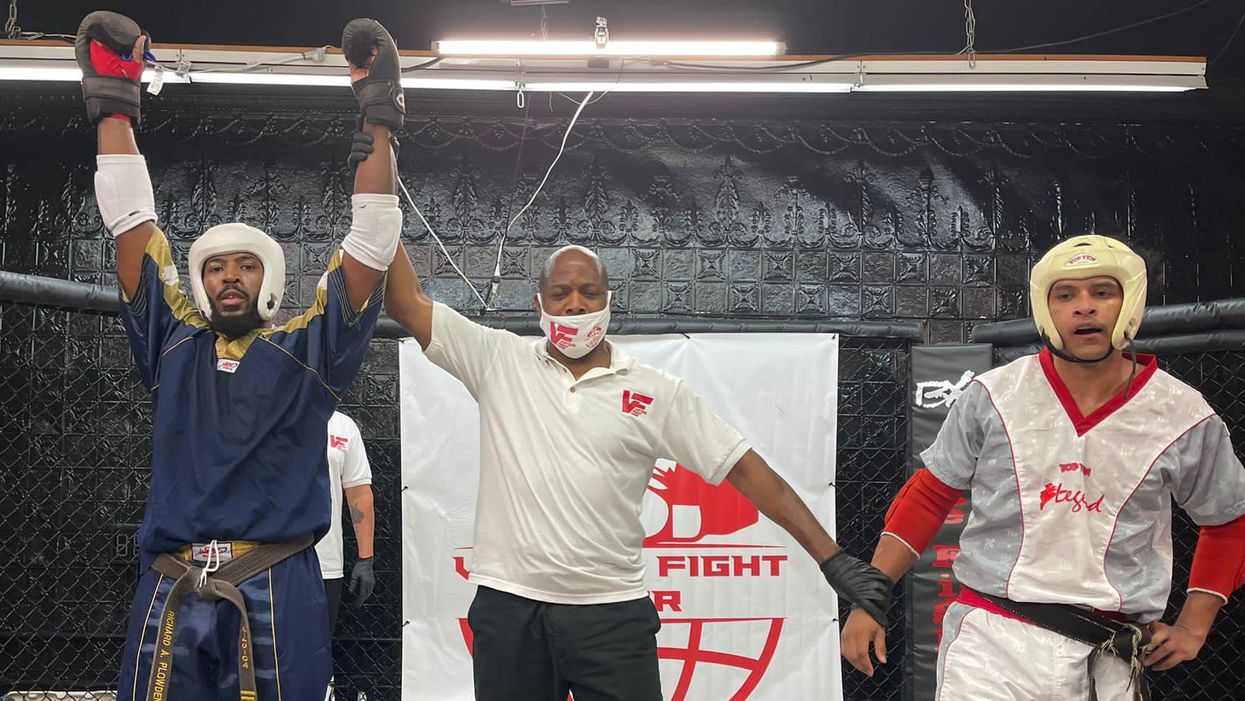 Jessie Wray's Virtual Fight Tour was back in action on Saturday night with their ninth promotion and one of the most star-studded point fighting pay-per-views that we have seen to date. The sparring action was supplemented with great guest performances such as Jonah Plawker's creative bo routine, Katelyn McMillan's traditional bo routine, and the electric extreme form of Haley "Bulletproof" Glass. As for the fights, we saw Tyreeke Saint make a statement, Tyson Wray take the lead in a budding rivalry, Bailey Murphy continue his Murphy Mania run of greatness, and Avery Plowden make his return to professional sport karate with an impressive win. Keep reading for more detailed results and analysis.

Top Ten Team USA's Tyreeke Saint was originally booked to face Kristhian Rivas of Team Legend, but Rivas was forced to pull out of the event due to injury. Michael Lettieri of Lerclerc's Martial Arts, who scored a comeback victory in his last Virtual Fight Tour appearance against Team Velocity's Justice Floyd, stepped up on just a few days' notice and took the fight. In his post-fight interview, we learned that Saint felt disrespected that anyone would want to fight him on short notice and that he was looking to prove a point in this match. He did just that by applying pressure to Lettieri throughout the three rounds with his lightning-fast blitzes. Lettieri had his moments with some counter striking that kept the fight interesting in the second round, but Saint pulled away in the third to secure the win and earn some respect.

The second bout of the evening was a highly-anticipated matchup between two of the top junior fighters from the previous year, who are now making their move to the adult division. Tyson Wray of Team Next Level and Jason Letona of Top Ten Team USA fought twice at the 2020 AKA Warrior Cup, with each young warrior taking a win. The score would be settled in three rounds of nonstop action in the VFT cage. Wray came out of the gate hot, catching on to Letona's timing early and using a varied striking assault to amass a healthy lead on Letona. After some coaching and adjustments from his older brother Enrique, Jason was able to erase the deficit in the second round and send the match to the third with a tied score. The fighters traded back and forth early in the round, but in the final moments Wray turned on the afterburners and was able to construct a four-point lead by the time the clock ran out. Wray has proven that he is an instant threat in the adult division through his performance at the Battle of Atlanta and by taking a lead in this rivalry, but fans can rest assured this is not the last we will see of Tyson Wray vs Jason Letona.

Bailey "B-Reel" Murphy of Team Straight Up is unquestionably the hottest fighter in the game right now after going undefeated at the Battle of Atlanta and following that up with an impressive showing against Top Ten Team USA's Enrique Letona in this bout just a week later. This being said, Letona is one of the best lightweights in the sport right now too and was looking to gain some respect against Murphy. In the early going of the match, Murphy claimed the lead with his trademark footwork and distance control to set up his quick back fist. Letona had his moments to keep the fight close, and in the second round was effective using his signature side kick and mixing in some other kicks that ultimately allowed him to land a two-point head kick. However, great fighters make great adjustments. Murphy switched up his guard to block the side kick of Letona and in the third round began actively reaching for Letona's kicking leg to neutralize the weapon before using his fast takeoff to score. With about ten seconds remaining in the match, the fighters touched gloves and embraced as it was clear Murphy would cruise to a win with a seven-point lead. In his post-fight interview, Murphy proclaimed that he is the best point fighter in the world. He has certainly accumulated enough of a résumé to make that claim, and Murphy Mania rolls into the U.S. Open with a ton of momentum.

Speaking of the best point fighters in the world, Avery Plowden of Team Impex is another athlete who can lay claim to that title. He has not been active competitively during the pandemic, but has accumulated more victories at world class events than just about any other fighter on the planet over the past three years. In his 2020 AKA Warrior Cup victory, he faced Team Legend's Oscar "Coca" Guzman who upset Jack Felton of the All Stars in the semifinal. Coca would attempt to avenge that loss to Plowden at this event, but Plowden was very hungry after such a long layoff from competition. Plowden looked very light on his feet early in the match and it was evident that the heavyweight had increased his speed during his time away from the ring. He bulldozed through Guzman on several clashes to score with punches. Guzman, who has been much more active recently, was able to take advantage of some hesitations by Plowden and scored with a few reverse punches and kicks. Despite the great effort from Guzman, it was clear that Plowden was in control of the match as he coasted his way to the seven-point victory.

After the fight, Plowden was asked about his status for the upcoming U.S. Open, where he currently holds the heavyweight crown. He revealed that he was actually not planning on attending this year's event, but that his plans may have changed after the action at Virtual Fight Tour. One thing is certain, the action at Virtual Fight Tour IX was incredible and with so many stars in action there are numerous storylines as the sport karate world shifts its focus to Orlando for the U.S. Open ISKA World Martial Arts Championships. Stay tuned to Black Belt Magazine for all the latest news and updates about Virtual Fight Tour, the U.S. Open, and so much more in the world of sport karate.