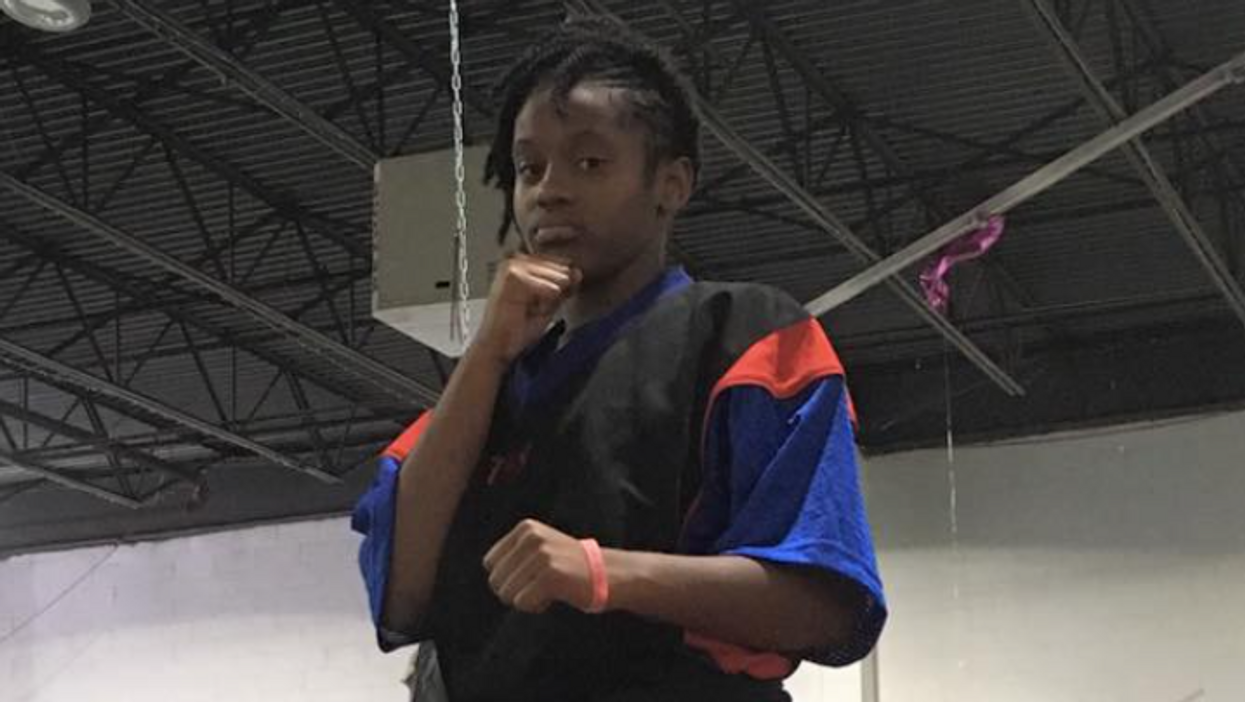 Virtual Fight Tour VI: Who's Next? was designed to give up-and-coming contenders a chance to share their skills with a wider audience and several talented athletes did just that across four unique combat sports.

Yes, you read that correctly. Jessie Wray's sixth Virtual Fight Tour promotion featured grappling, point fighting, continuous fighting, and team fighting over the course of a stacked nine-event card. In addition to the diverse selection of fighting formats, the show even featured demonstrations by forms and weapons world champions Connor Chasteen and Allen Davies, as well as a shoutout from Team Paul Mitchell's Sammy Smith. Chasteen and Smith were the inaugural Virtual Forms Tour champions in the co-main and main events of that promotion, but now it is time to focus on the fights that went down Saturday night!

The evening began with Virtual Fight Tour's second-ever grappling match, this time between two opponents with international competitive experience. Pogacsas, outweighing Beltran by over thirty pounds, was the stronger fighter and dominated all three rounds. The seven-time Ecuadorian champion was dethroned as Pogacsas claimed a comfortable 3-0 win.

In this point fighting match, Jeremiah Alvarez was hot right out of the gate and never took his foot off the gas. He represented Team Next Level well and cruised to a convincing 13-point victory over a fighter ranked in the top ten of his NASKA division.

The next point fighting bout was a nail-biter between two talented female contenders. Fish took the lead by the end of the first round, but Ortega made the proper adjustments in the second round to orchestrate a comeback effort. However, it was too little, too late as Fish held on to secure the win by two points.

The 41-year-old Rober Cardenas would then take on Darryl Carter in a heavyweight point fighting brawl. Despite the 12-year age difference, the fight remained close and intense for the duration. Both fighters received warnings for throwing uncontrolled techniques like wide hooks and wild punches, but they settled into the match as Carter edged ahead. Cardenas used his patience and experience to climb back into the match and tie the score in the second round. Carter took a hard shot during a clash in the middle of the final round and fell to the ground unconscious. The referees deemed that there was no malicious intent in the shot, and Cardenas was declared the winner.

Keven Muniz and Jawoyn White brought VFT fans their first continuous matchup in the promotion's history. White controlled the first round and secured a 10-9 advantage on the judges' cards. He may have gotten a bit too comfortable as he slowed down in the second round, allowing Muniz to get more active and claim the second round 10-9. The tied score between the two rounds forced the judges to point in the direction of the winning fighter, and all three judges unanimously selected Muniz as the victor.

The next match brought us back to point fighting as Abia Williams and Chak Porter went to war. Williams jumped out to an early lead in the first round, but the fighters got entangled on a clash in the second round. This caused Williams to re-aggravate a knee injury that had been surgically repaired some time ago. After checking with the medic, Williams was cleared to continue but had visibly lost a step. Porter took over the remainder of the match and grabbed a four-point win.

Grappling returned to the mat for the next contest as high-level Brazilian Jiu Jitsu brown belts Angel Rodriguez and Gregorio Orozco engaged in a human chess match. Rodriguez slipped in on Gregorio in the early going, but it turned out to be a trap that Gregorio quickly turned into a guillotine submission. VFT rules state that five submissions are required to win, or whoever has accumulated more points at the end of three 3-minute rounds. However, that guillotine by Orozco would be the only scoring technique notched in this match and the martial artists remained patient, technical, and defensive throughout the rest of the showdown. When time expired, his single point would earn the victory for Orozco.

The co-main event featured an excellent team fighting matchup between Binns Victory Martial Arts and Team Leclerc. Team Leclerc set the tone early as Robert Leclerc Jr. lifted his squad to an early lead in his matchup with Josiah Noel. Mike Letterie added to the lead in the second round as he took on Chak Porter, who was likely fatigued from his earlier individual bout. The final round would be the deciding factor as Tyler Leclerc and Aaron Dorsainvil participated in a back-and-forth fireworks show. In the words of promoter Jessie Wray, Dorsainvil "went on a body punch frenzy" that brought Binns VMA all the way back to tie the match and force overtime.

In overtime, Team Leclerc opted for the sudden death whereas Binns VMA wanted the extra one minute round. Per VFT rules, the disagreement meant that a coin flip would determine the overtime format. Binns VMA won the coin toss and Dorsainvil remained in the cage to face Tyler Leclerc for another minute. Dorsainvil was able to finish the job and lead Binns VMA to a one-point win.

In the main event, lady warriors Brianna Nurse (cover image) and Audrey Mihalik squared off for all the glory. Despite being 10 years her junior, Nurse controlled Mihalik for much of the closely-contested match and remained just one step ahead. Both competitors were hitting hard to swing the momentum in their favor, but each of them were given a warning by the referee for the excessive contact. When the final bell sounded, it was Nurse holding on to a one-point advantage and claiming a win in a main event that will likely lead to other opportunities for her in the future.

For more news and updates about Virtual Fight Tour and other sport karate promotions, stay tuned to BlackBeltMag.com.