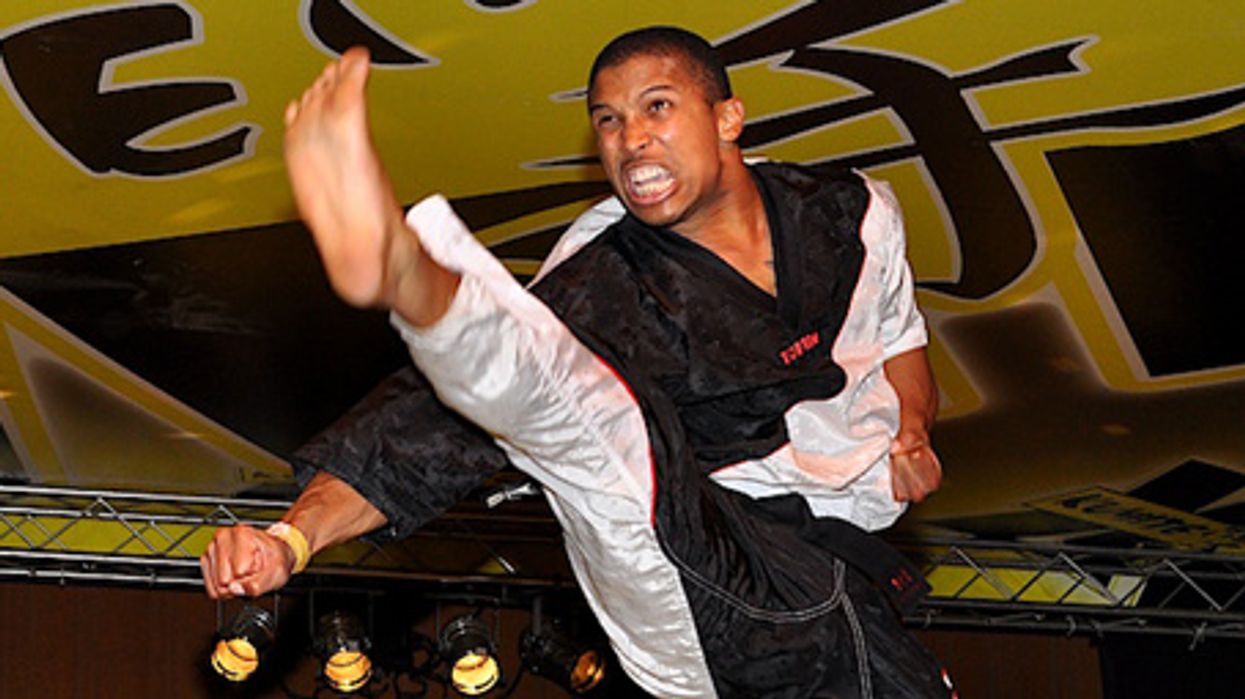 The new pay-per-view point fighting promotion by Jessie Wray is gearing up for an action-packed fourth event.

If you tuned in for Virtual Fight Tour III, you know that the promotion has continued to bring sport karate fans world class talent and excellent match ups. The brand looks to stay hot with Virtual Fight Tour IV and the announcement of five new showdowns to compliment the highly-anticipated team fighting clash between Team All Stars and Top Ten Team USA on December 19th.

Point fighting legend and ageless wonder Jason Bourelly (pictured above) of Team KTOC will take on Venezuelan veteran Yoskar Gamez of Team Legend, who added an impressive win to his résumé at an earlier Virtual Fight Tour event when he defeated El-Java Abdul-Qadir. If that test of experience and fight IQ wasn't enough, two exciting women's bouts have also been announced for the card. Team Legend's Hope Hamilton will face Brianna Nurse and Team KTOC's Melanie Ortiz will go to battle against Theresa Reese Thoulouis in a couple of matches that are expected to be very well-contested.

But wait, there's more! Jerrell Dawson, brother of heavyweight superstar and Virtual Fight Tour III main event winner Kameren Dawson, will challenge Team Legend's young star Kristhian Rivas in an intense lightweight match. Finally, in what is arguably the most surprising announcement of the card, grappling will make an appearance at Virtual Fight Tour IV. Chris Walker, known for his widely respected point fighting career for Team All Stars, will be rolling with Mario Ramirez to determine who will take home the first grappling win for the promotion.

In other Virtual Fight Tour news, more divisions have been announced for the debut of the Virtual Forms Tour on December 12th. The promotion has signed their highest-profile forms athlete with the acquisition of Team Paul Mitchell's Sammy Smith (pictured above) to take on formidable challengers Noell Jellison of Team Infinity and Solange Olivier of Team AKA. Additionally, a traditional forms challenge between Team USA Olympic Kata Team member and representative of Top Ten Team USA Mason Stowell will face off against Ali Sofuoglu, the #3 ranked traditional kata competitor in the world according to the World Karate Federation (WKF). These additions to the card ensure that the first Virtual Forms Tour will be a must-see event made complete by the exciting battle between Allen Davies, Shaquan Parson, and Rashad Eugene, as well as more divisions that are expected to be announced in the near future.

For more news and updates about the Virtual Fight Tour and Virtual Forms Tour, stay tuned to BlackBeltMag.com.