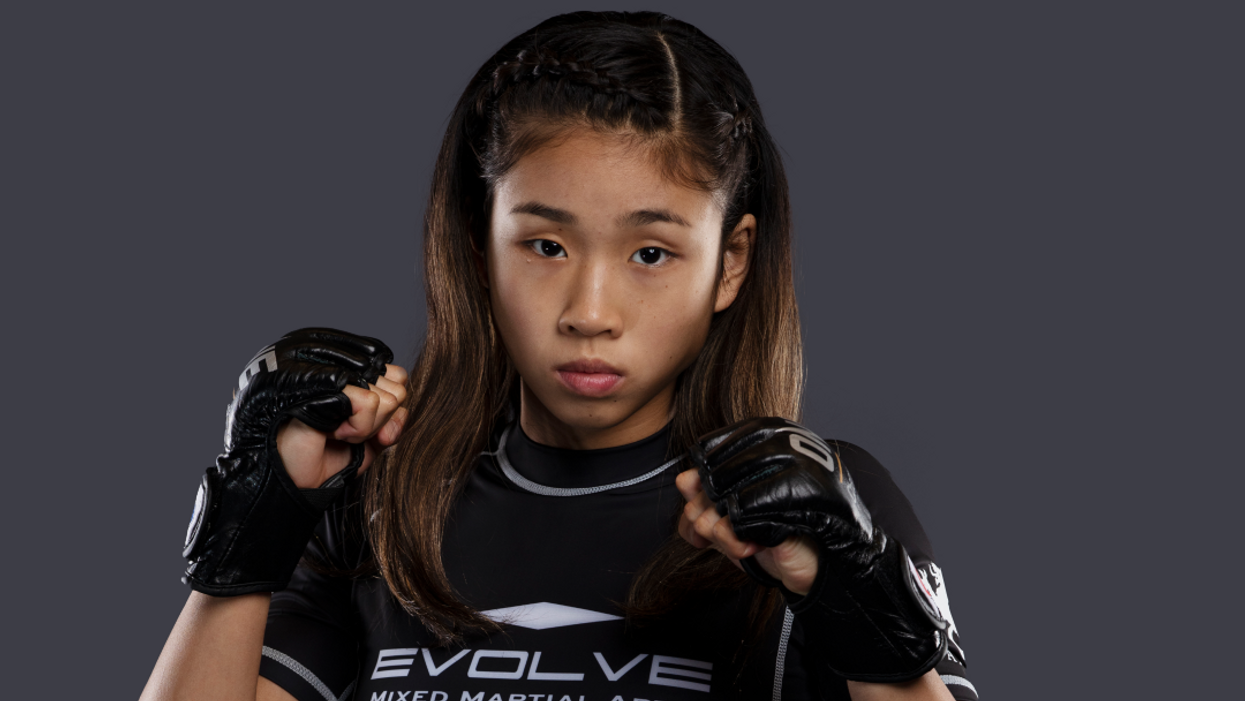 17-year-old mixed martial arts prospect Victoria Lee, the younger sister of ONE Championship titleholders Angela and Christian Lee, carried heaps of pressure into her recent professional debut. Days out from the second fight of her career, which will pit her against China's Wang Luping at ONE: BATTLEGROUND this Friday in Singapore, she's feeling a little more at ease.

Lee made her pro debut at ONE: Fists of Fury in February of this year, when she was still just 16, submitting a tough Sunisa Srisen in the second round. The victory, says, made her "so happy"—but the moments that led up to it were a smorgasbord of emotions.

Walking out to the ONE Circle for the fight was particularly intense.

"That was probably the moment where I felt the most emotions, just everything coming together—the nerves and pressure and everything," Lee said, looking back on the first walkout of her career. "I was just focused on just breathing.

"When I was in the cage and the referee started the fight, that's kind of where everything faded away. There were no more emotions, it was just time to fight. I flipped that switch and my training took over.

"My debut went the way I hoped it would go. I know there are still things I can improve on, and I'm in the gym working to improve every day."

Lee is proud of the performance she put forth in her first pro fight—as she should be. Her debut victory has also helped boost her confidence ahead of her fight with Wang.

Fighting is no longer an unfamiliar experience. It's something she's done before—something she knows.

"I think that the nerves are still going to be there, but definitely I'll be more familiar with the whole process the second time around and I think I'll be able to manage and execute our game plan."

A good game plan will be crucial against Wang, who has five times more pro experience than Lee, with a 3-2 overall record.

The 17-year-old is wary of the challenge ahead, particularly because she hasn't been able to find much tape of her foe.

"I don't know too much about her because I haven't been able to find much tape, but I do know she's more experienced, similar to my last opponent. I'm prepared for that.

"Stepping into a fight with anybody, a fight's a fight, and anything can happen. I'm just going to stay focused and stick to the game plan and go for the fastest finish."

If Lee gets by Wang in Singapore, she will still be some distance from the ONE atomweight title. She's ok with that, particularly given that her older sister Angela currently holds that title.

The belt, however, is her ultimate goal, and the thought of winning it fills her with excitement.

"It's my dream to become a world champion one day," she said. "I'm just going to keep training hard until I get there. There's no rush for me. That's just my goal and I'll train hard until I achieve it. It would mean everything to me.

As Lee says, the most immediate priority is winning her second pro fight. Propelled by the success of her recent debut, she expects to do so in emphatic fashion.

"I see this fight ending in a first-round submission."