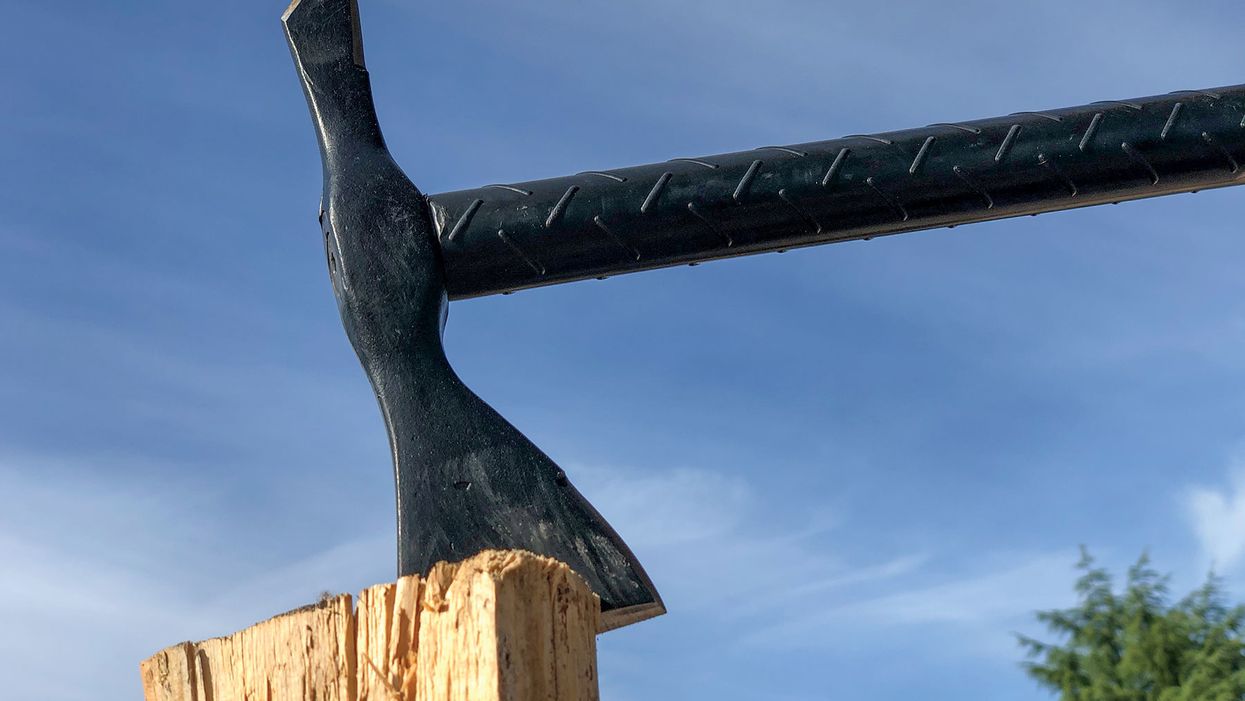 Now, here's my take on the subject of blades and self-defense in American history:

There were a variety of designs, weights, lengths, guards, etc., in circulation. To survive, one had to be skilled with a variety of tool/weapon interfaces. When modern afficionados fall into a this-is-my-carry-blade mindset, they miss the point of training with these historical items.

I say that because a knife was a tool first and foremost. Cutting rope, making fuzz sticks for starting campfires, skinning game and all the other actions one needed to undertake in order to survive on the frontier were of paramount importance. Having a knife that served only as a weapon was uncommon.

The same goes for the tomahawk, which we shouldn't forget was primarily a hatchet or camp ax. Knives and 'hawks are similar in that both were tools intended for daily use. In all likelihood, the bearers hoped never to need to wield them for martial matters.

Knives and 'hawks are similar in that both were tools intended for daily use. In all likelihood, the bearers hoped never to need to wield them for martial matters.

Today, we tend to invert the tool-choice pyramid. We often select blades for martial purposes that we envision. Often, we wouldn't dare dull their sheen on mundane matters.

I'm not pretending that I use all the blades in my collection for everyday cutting and chopping. With an eye on historical accuracy, I do own some pretty toys that I don't ding. However, I have a variety of fair-to-middling knives and 'hawks that I've acquired in antique shops, and all are mighty functional.

I enjoy using them as the tools they were intended to be and training with them to take full advantage of all their martial aspects. I experience growth whenever I'm forced to modify my technique to deal with different weights and lengths as I discover which tactics shake out as functional across all weapon interfaces and thus are of high utility. It's also beneficial to learn which tactics are specific to a single tool because they must be culled from my repertoire.

My final advice: Go with whatever blade feels right in your hand. When you find that a particular tactic or technique jams a digit, hurts your hand or simply makes you feel uncomfortable, get rid of said move. If you don't and you ever have to use your tool for real, you won't do it with conviction. Remember that it's perfectly OK to not know or use every trick in the book. It's never OK to keep things just so you can feel complete or check a move off a list.

Never lose sight of the fact that tomahawks were hatchets and knives were knives. They were designed for work, and fighting was just a blip on the radar. In modern times, it's easy to fixate on buying expensive items for fake fighting and lose sight of the daily utility they were intended for.