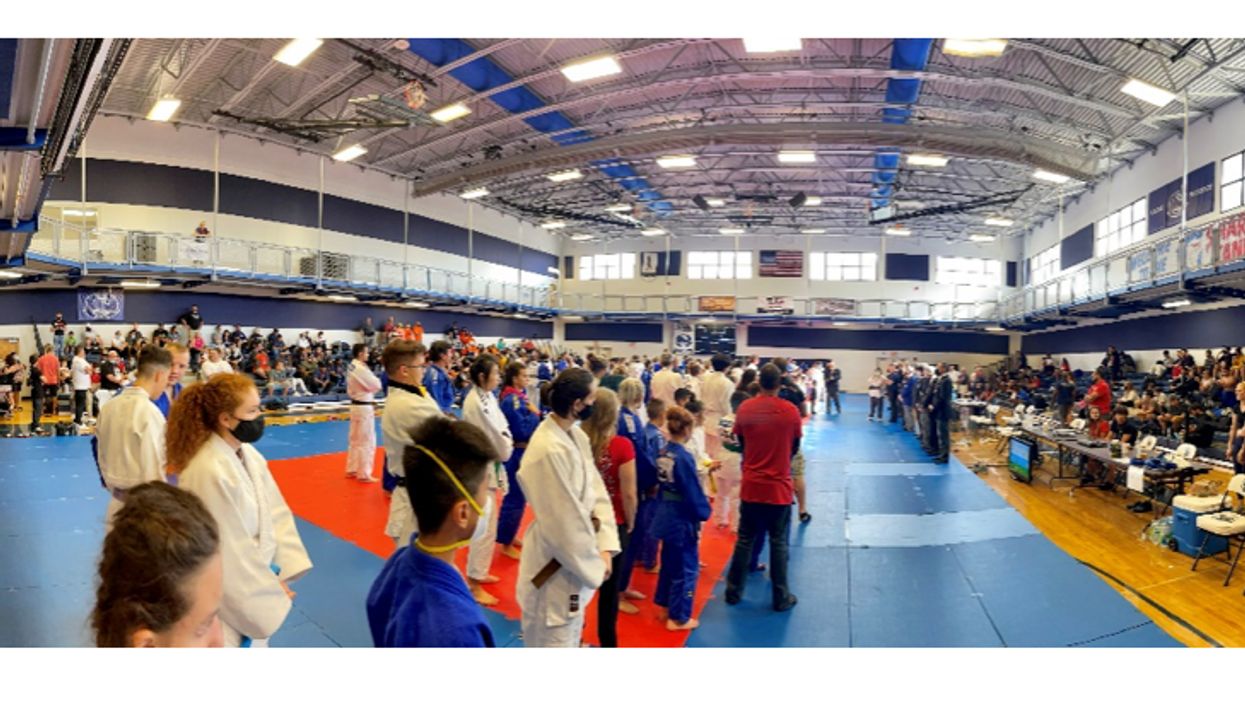 This Grassroots Judo™ annual event was not held last year due to the pandemic. This year's event was postponed from July in New Jersey. Thanks to John Paccione, past President of the USJA's efforts, it was rescheduled and successfully held over Labor Day weekend. Approximately 300 competitors from across the nation entered this well run tournament of high level competition. It included a Kosen Judo Division which was well received.

The head referee Dr. Gary Berliner getting an award from USJA President Celta Schutz.He was furthersupported by USJF 2021 Hall of Fame Inductees Joon Chi and Hector Estevez along with cadre of 15 outstanding A, B, and National referees who worked well as a team.Matches were nonstop and all went very smoothly throughout both days.

Among the highlights was a final match in which Alejandro Menendez of barely edged out Isaiah Ramierz in a 13 minute plus golden score battle!

On the other side of the country Nanka (SoCal Judo Black Belt Yudanshakai) hosted it's Labor Day Weekend Development Camp at the Norwalk Dojo in the outskirts of Los Angeles.

The 3 day session featured Shintaro Nakano Sensei and Kosuke Tanaka Sensei who covered a wide variety of techniques and training methods. (Link to all of Jerry Hays' photos)

Nanka Judo Yudanshakai's relationship with Kano Shihan goes back to 1933, when during his then visit to Los Angeles he supported the formation of Nanka. So our interest in being able to present and enable conversation on Kano ideas and intentions is relevant to us and we believe the judo family at large. So it is our pleasure to be able to present this seminar featuring Lance Gatling – Jigoro Kano and Judo, the Secret Behind the Man.

It is well known that Kano frequently spoke about his judo philosophies for many decades, but he never ever disclosed their origins, nor their exact meaning which has escaped judoka ever since. His writings were not only influenced by ancient Eastern philosophy, but also from 19th century English philosophers.

While living in Japan, Lance Gatling has studied and researched Jigoro Kano for the past15 years, discovering much that has not been seen for nearly the past 100 years. During this seminar Lance will be present materials originated by Kano on a wide range of topics that include; Kano's judo philosophy; its origin and meaning, Kano's view of education, his thoughts on judo vs. today's sport judo, the five historic judokas, and his Twelve Principles of Judo. Many of these concepts have never been discussed before and through his unique understanding of Kano, Lance will reveal a side of Kano we were not aware of.

The head referee Dr. Gary Berliner getting an award from USJA President Celta Schutz.He was furthersupported by USJF 2021 Hall of Fame Inductees Joon Chi and Hector Estevez along with cadre of 15 outstanding A, B, and National referees who worked well as a team. Matches were nonstop and all went very smoothly throughout both days.

I'm always looking for new subjects to write about regarding judo as well as contributions from my readers. Please send them to gary@garygoltz.com, thanks.