Top Upcoming UFC Fights To Look Forward To In 2021 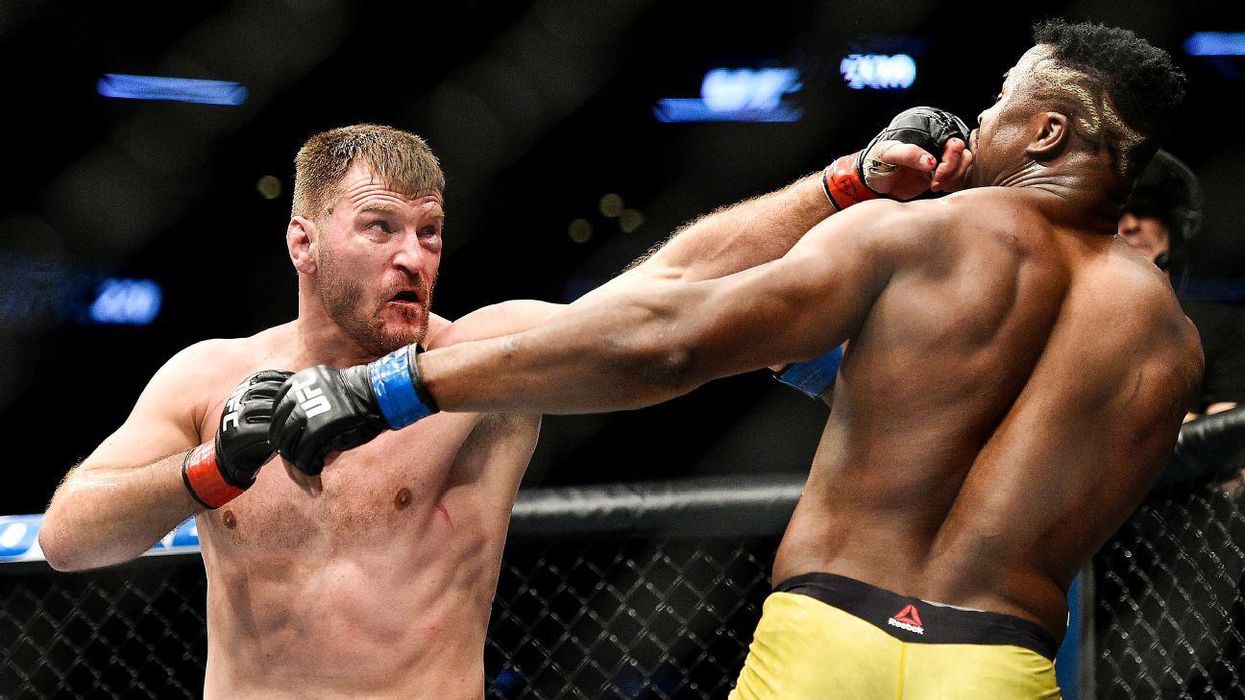 The UFC has already given MMA fight fans plenty of good cards and events in the beginning of 2021 to make them believe that the best is still to come.

Betting odds have been all over the place, especially with shockers like McGregor's loss against Poirier in UFC 257 and the most recent upset given to fans by Polish fighter and new Light Heavyweight Champion Jan Blachowicz beating the always favorite Israel Adesanya in the UFC 259 main event. If these and other great fights stand as a testament for anything, it's that UFC came into 2021 ready to give the people what they want, hard hitting action all across the board.

With the year still a long way from being done and many greater fights in the horizon let's take a look at a few fights that should be in any mma fan's radar.

UFC Heavyweight Champion Stipe Miocic already knows what it's like to beat Francis Ngannou before. It was way back in 2018 when Miocic and Ngannou went the full five rounds in a beat down that heavyweight mma fighting fans still remember. With a rematch finally happening for UFC 260 it's a no brainer that this will be a great fight but with the odds showing that another Miocic win is not necessarily considered as an easy wager.

Ever since losing to Miocic, Francis Ngannou went through a sort of rebuilding phase which included four knock out in the first round wins under his belt against opponents like former champions Cain Velazquez and Junior Dos Santos. His last win came with a powering knockout against Brazilian fighter Jairzinho Rozenstruik earning him the "performance of the night" award in the UFC 249 event.

If you come down to the nitty gritty of the fight, Ngannou packs a punch that not all fighters can take and the champion Miocic can take a punch like almost no other. It will all come down to if the blue collar Champion Stipe Miocic has enough in him to take on a Ngannou pounding and still make it through at the end. Watching Miocic fight one has learned to never count him out until the fight is done but he might be in for a surprise.

UFC 259 left us with a new Light Heavyweight Champion after Jan Blachowicz beat Israel Adesanya who moved up from the middleweight division up to challenge Blachowicz. So what do mma fans need now? Well of course a middleweight bout to settle who the top contender for a title fight against Adesanya will be. While the original plan was for Whittaker to take on brazilian Paulo Costa with an opportunity for a title fight up in the air for the winner, last minute changes had to be made. With the brazilian Costa being hit with a bad case of flu after having a battle of his own with the COVID-19 virus. Even while the striker continued his training regime, it was ultimately decided by the brazilian's team to pull the fighter off the card for obvious health and safety reasons.

What was once a title opportunity fight now will now be a stellar bout between Robert Whittaker vs. Kelvin Gastelum. This fight comes after both fighters were supposed to square off for the middleweight title in February 2019 in Australia with Whittaker having to pull out of the bout after being diagnosed with a collapsed bowel and internal hernia that sent him running for emergency surgery. After the Australia fiasco Gastelum still made headlines with his work towards a title opportunity which was rewarded with an interim title bout against Adesanya, giving us one of the best middleweight bouts in the decade in a battle for the ages that ultimately saw Adesanya take the title by decision. While we'll have to wait to see who will challenge Adesanya for his title in the future, if the world is fair, one of these two fighters should get a shot at Adesanya's title sooner rather than later.

UFC 259 gave us a great women's title bout where Amanda Nunez, considered to many as the best female UFC fighter ever, made easy work of her opponent Megan Anderson. So why not give fans yet another stellar UFC women's title fight? Well, the UFC is already gearing up for what will be a bout that could easily steal the night by pinning strawweight Champion Zhang Weili vs. fan favorite Rose Namajunas for UFC 261.

The champion Zhang will have her first fight in over a year because of the COVID-19 pandemic. Her last fight though is considered to most as the best MMA fight of 2020 when she beat Joanna Jedrzejczyck via split decision. Namajunas, a former strawweight champion who knows a thing or two about beating Jedrzejczyck as well had her last fight in July of 2020 in a commanding TKO win over Jessica Andrade. This fight can easily make fight of the year headlines given the styles of fighting brought by both contenders and should not be missed whatsoever.