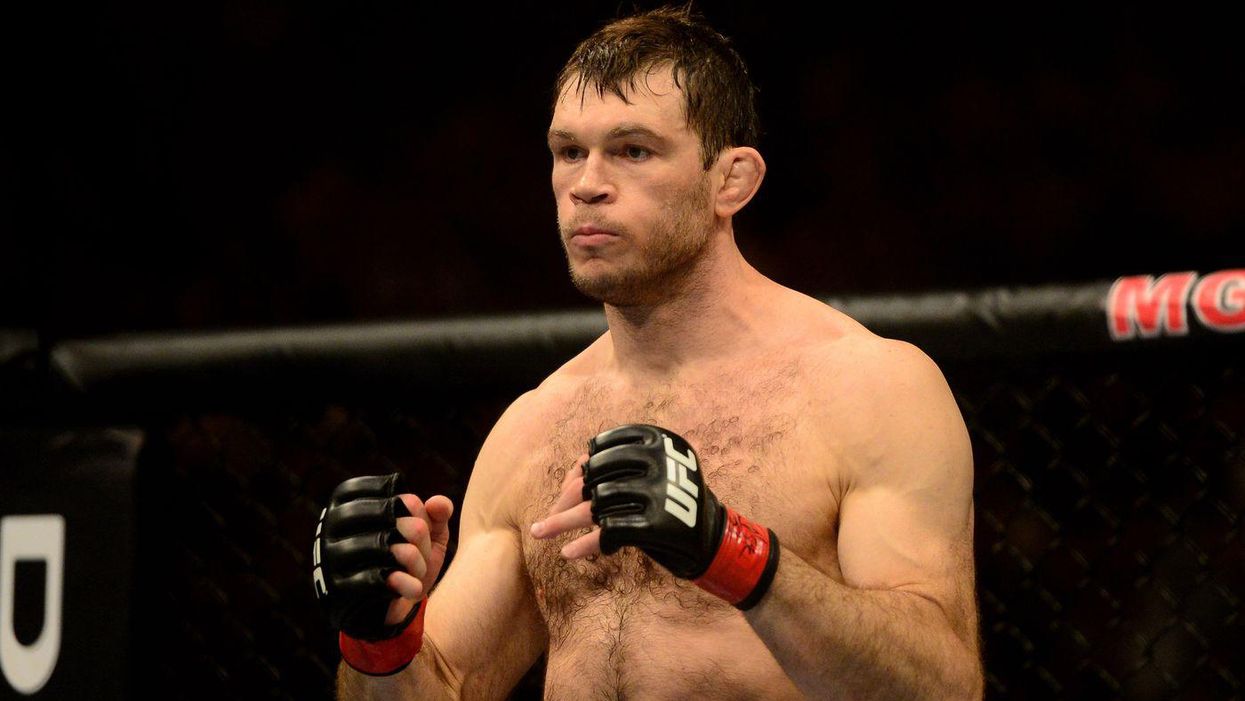 cdn.vox-cdn.com
We are still at it with asking about lines and crossing them. And yes, this is also with regard to Conor McGregor and even more of the vitriolic things he has said of late. Let's take a trip back in time. Even the casual fan will – or at least should – know the name Forrest Griffin. If the reader is not familiar, the very first thing they need to do is get off of the writer's lawn, then the very next thing they need to do is go watch what most consider the fight that put Mixed Martial Arts on the map. Talk to someone who lived in the 60s and they will tell you they remember where they were when Kennedy was shot. Ask a middle-aged MMA fan where they were in the aughts and they will say they were spending most of that decade referring to the fight between Stephan Bonnar and Forrest Griffin and give any excuse to say it is responsible for the rise of MMA to mainstream status. Of all the hyperbolic and outlandish things said by Dana White, the gazillion times he has stated a version of this is actually accurate and tough to argue with.

Before there was a Rousey or a McGregor, there was a Griffin. The smug, yet endearing blue-collar light heavyweight that parlayed that amazing gritty fight into a career and eventual championship. But as much as he was the everyman, his words got him into trouble in a pretty significant way once upon a time. Lest we think this was just 'how it was' in 2011 pre #metoo or political correctness – no, this was not ok then any more than it is now. Griffin made what it appears he thought was a harmless quip on the budding social media platform known as Twitter that included the soon-to-be problematic line, "Rape is the new missionary." The reader would not need to go look at any context to find out there is no time or reason to say such a thing or that it was not ok.

MMA has always had that fringe thing going on. It has always had dirt under its fingernails. As much as the bigwigs want it to be like other sports and leagues ...cough... Reebok deal...it will always have an underground bloodsport vibe to it. Truth is, they probably secretly like trying to have their cake (pro-level respect and profitability) and eat it (the grit and grime of cage fighting). While Forrest did not receive any real or official sanctions from the UFC at the time, things were frowned upon. Not universally, but frowned upon which is saying something for a vocation that includes bonuses for knocking people unconscious. Chuck Mindenhall, one of the most profound thinkers and writers in the sport said at the time that "five years down the line" that type of thing could really damage the brand (UFC). Well, we are 10 years down the line and the sport's biggest star tweeted, then deleted a question asking if the Covid was good that killed Nurmagomedov's father. He did this in response to Khabib suggesting it was good triumphing over evil when Dustin Poirier was victorious over Conor after being pummeled for a better part of a round and his leg failed him at UFC 264. Mindenhall's prediction things would be curtailed for brand safety has not happened, sadly.

This writer asked the question (genuinely) if there was a line McGregor wouldn't cross days before this happened. Conor had already trash-talked threats of death to Poirier and his family. Was that the line? Khabib's coach and friend, retired former Light Heavyweight and Heavyweight Champion Daniel Cormier said using this exact language in echoing his cohost Ryan Clark's words that those comments about the loss of his father had indeed crossed the line. While Forrest Griffin received no formal reprimand for his rape comments in 2011, another legend in a lighter weight class from those bygone days named Miguel Torres was not so fortunate when he made his own rape-related comment: "If a rape van was called a surprise van more women wouldn't mind going for rides in them." Torres was summarily dismissed from the roster – even after apologizing. President Dana White's comments to Sports Illustrated at the time were direct: "There's no explanation for that. There's absolutely nothing I could say to make any sense of that. And the fact that he even thinks that's funny or that's a joke, it disturbs me. It bothers me. Again, you're dealing with a guy (who's) a smart guy, that owns his own business, that's been one of the top fighters in the world forever. And I cut him today. He's no longer with the UFC."

One wonders what is being said behind those Las Vegas UFC HQ doors about the smart business guy named Conor McGregor. The old-timers among UFC fans might have a vague recollection that after such things back in the day there was a fabled "code of conduct" document rumored to exist in which the UFC outlined its social media policy. It was supposed to put an end to things like this. This can be taken as a dare to try and find it (ssshhh, here it is) or see what the UFC is doing with it at this time when fighters are mocking the death of other fighter's relatives or wishing for an opponent's demise as Sean Strickland spoke of post-fight UFC on ESPN 28.