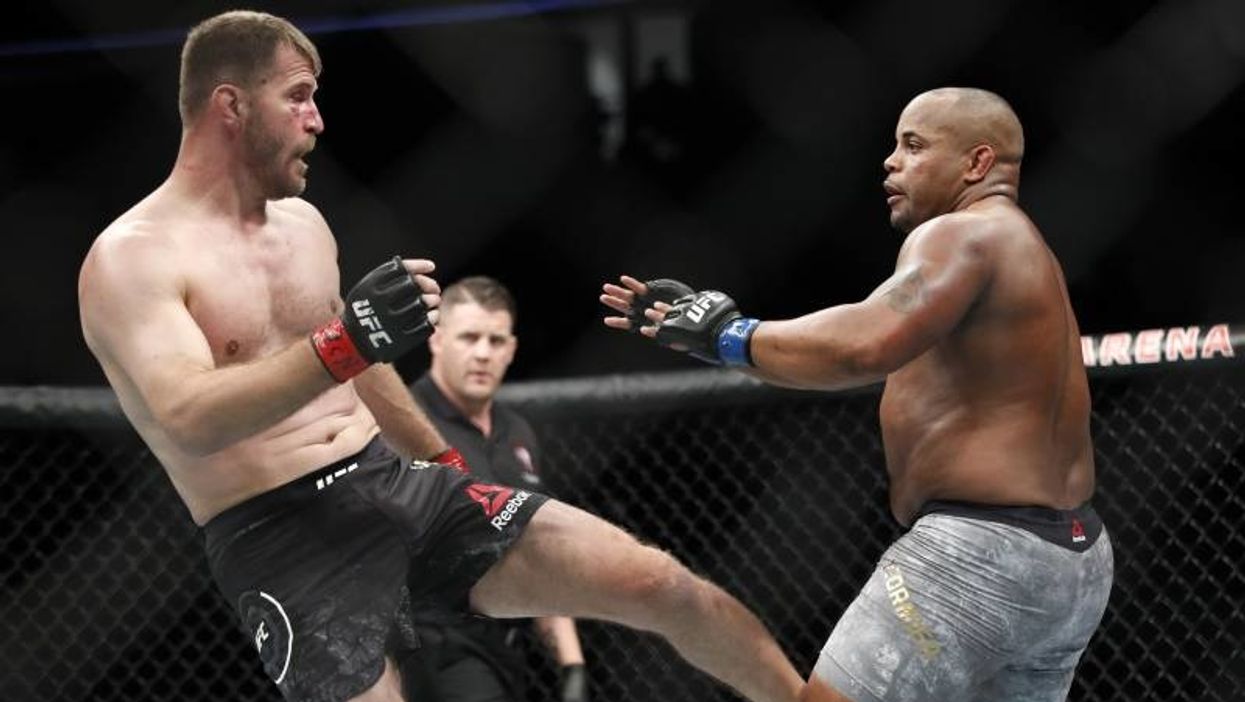 One of the best trilogies in UFC history will come to an end Saturday night in the main event of an action-packed card.

On August 15, UFC 252 will take place at the UFC APEX facility in Las Vegas. The five-fight main card is headlined by a clash of the titans in which defending champion Stipe Miocic will take on former light heavyweight and heavyweight champion Daniel Cormier. The rest of the main card promises to be exciting with a mix of experienced veterans like Junior Dos Santos and rising stars like Sean O'Malley.

The main card begins with a featherweight bout between Herbert Burns (11-2) and Daniel Pineda (26-13). Burns is favored as he is riding an impressive five fight win streak, his most recent victory being a submission win over Evan Dunham in just 80 seconds. Pineda has had a much more tumultuous road to this fight, as a 1-4 record to begin his UFC career resulted in his release from the roster in 2014. He rebuilt his career on the Bellator roster and won two fights on the same night during the 2019 PFL tournament, but both of those fights were overturned due to a failed drug test. His return to the octagon comes six years after his release from the UFC. Burns has submitted eight opponents in his 13 career fights, so Pineda will have to slow down Burns's exceptional ground game if he wants to win this bout.

The twelfth-ranked bantamweight fighter John Dodson (22-11) looks to obtain a winning record in the bantamweight division if he can defeat fifteenth-ranked contender Merab Dvalishvili (11-4). Once considered the second best flyweight in the world behind Demetrious Johnson, Dodson returned to bantamweight in 2016 and has gone .500 in his eight fights in the division. Dvalishvili is hot coming off of a four-fight winning streak and all of his career wins have come via unanimous decision. Dodson will be looking to finish the fight before the final bell, because all eleven of his career losses have come by decision.

Former UFC heavyweight champion Junior Dos Santos (21-7) looks to end a two-fight losing streak against the formidable Jairzinho Rozenstruik (10-1). Rozenstruik can end the fight at any moment, with knockouts being scored only nine seconds in to his bout against Allen Crowder and with only four seconds remaining in his fight with Alistair Overeem. The Overeem knockout was Rozenstruik's most significant victory in the UFC, but he followed that win with a loss to Francis Ngannou after being brutally knocked out just 20 seconds into the fight. Dos Santos has also been knocked out by Ngannou during his losing streak, so it seems that the winner of this bout will be eyeing a rematch with The Predator in the future.

"Sugar" Sean O'Malley (12-0) has become one of the most popular rising stars on the UFC roster due to his comeback story following a suspension, unique charisma, and show-stopping knockouts including a head kick on Jose Quinonez and a devastating one-shot blow on Eddie Wineland. The undefeated contender will be put to the test against Marlon Vera (15-6-1), who was riding a five-fight winning streak before suffering a loss to Song Yadong. Vera is a tough competitor who has never been stopped in his professional career, but O'Malley will be looking to change that with his striking arsenal full of fireworks.

Two of the greatest mixed martial artists in history will put their legacy on the line in the main event. Stipe Miocic (19-3) is considered by many to be the greatest heavyweight of all time and holds the record for the most consecutive heavyweight championship defenses with three. Daniel Cormier (22-2) is one of the few fighters in UFC history to hold belts in two different weight classes simultaneously, which he achieved after defeating Miocic by knockout in their first bout. In their second bout, Miocic would return the favor and retain his belt by knocking Cormier out in the fourth round. The final chapter of the trilogy will almost certainly be a battle of adjustments, as Cormier abandoned his wrestling strategy late in the last fight and Miocic increased his focus on body shots, opening up the opportunity to get the knockout. The question is, who will make the right adjustments and be remembered as the dominant fighter in this historic rivalry?