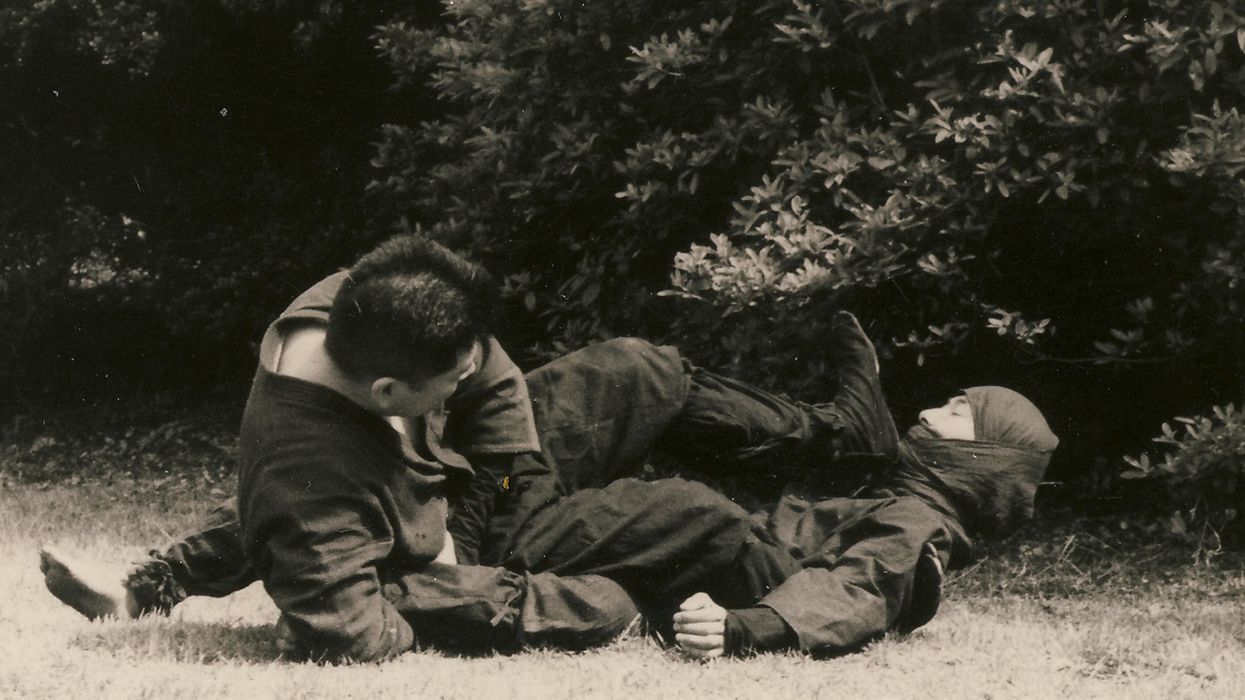 Did the ninja use throwing stars?

The sharp-pointed throwing star was a secret weapon in many samurai schools, but such devices did not become linked to the ninja until the 20th century thanks to comic books and anime. Furthermore, in all the shinobi documents left behind, only one "ninja throwing star" is mentioned, and even then it's in reference to shinobi working in peacetime to apprehend criminals [Cummins].

However, that hasn't stopped filmmakers from having their ninja hurl stars — with deadly results. In reality, unless a star struck a vital spot or was coated with poison, it would not have killed. The weapon's principal use was to distract, slow and injure the enemy.

What weapons did the ninja use?

Devices they relied on for infiltration and espionage are abundant, and many are on display in Japanese museums [Iga Ryu Ninja Museum]. Examples include gardening tools, sickles, chisels, hammers and drills that, if the ninja was captured, could be claimed were tools and not weapons.

Despite the large array of accessories that were available, the Bansenshukai scroll warns against being overburdened with equipment: "A successful ninja is one who uses but one tool for multiple tasks."

Did the ninja also use explosives?

Arson was the primary form of sabotage practiced by the ninja when targeting castles and camps. Introduced from China, explosives were known in Japan by the time of the Mongol invasions in the 13th century. Designs for hand-held explosives, fragmentation devices and soft-cased bombs that released poison gas appear in ninja manuals. How well they worked and how widely they were used are not known.

What about smoke bombs?

In films, ninja are often shown escaping pursuers by creating a thick cloud of smoke and then miraculously vanishing. The notion of the ninja using a smoke bomb is exciting but misleading. Ancient manuals don't contain directions for making smoke bombs, but they do contain recipes for fire-based tools such as waterproof torches, flaming arrows, explosives and poison gas [Cummins].

Did they use firearms?

Guns were introduced in Japan in 1543. The ninja likely would have used anything that gave them an advantage, including firearms. Primitive matchlock- and flintlock-style muzzleloaders are known to have been available during the ninja/samurai period.

How secretive were the ninja?

It's hard to say. Much more was written about samurai history than ninja history. Because anyone caught spying for an enemy could face death, it's understandable that the ninja would have been cautious about logging activities or keeping diaries. Furthermore, training secretly in forests and on mountains meant there were few firsthand witnesses [Tiger Scroll].

Did the ninja use disguises?

The ancient Buke Myomokusho states, "Shinobi-monomi (ninja) were people used in secret ways, and their duties were to go into the mountains and disguise themselves as firewood gatherers to discover and acquire the news about an enemy's territory. They were particularly expert at traveling in disguise."

As espionage agents, they would use disguises and aliases to blend in. They might take on the role of a farmer, a poet, a carpenter, a beggar, a priest, a musician, a fortune teller, a monk or even a ronin.

There are no historical records of female ninja, but that doesn't mean they didn't perform certain tasks for the ninja clans. Movies like to depict them as maidens who spied on employers or assassins who worked as seducers, but all that's conjecture.

Did the ninja start training when they were young?

According to Turnbull, the ninja were trained from childhood, as were the samurai. Outside the expected martial disciplines, they studied survival and scouting techniques, as well as the use of poisons and explosives. Physical training played an essential role in their lives, especially running, climbing, and stealth methods of walking and swimming.

So were they world-class athletes?

They probably weren't the Olympic-caliber acrobats we see in movies, but out of necessity, they would have to be adept at climbing, long-distance hiking and running, scaling castle walls with a rope and grappling hook, and so on.

What about the mystical and magical feats we see in films?

Incredible feats like walking on water, moving through walls, changing shape and disappearing into thin air are just legends. "I personally don't think they had any … particular mystic powers," Turnbull said. "It was one of the myths that they encouraged to make people more frightened of them." Today, we would call similar actions psychological warfare.

Could an outsider join a ninja clan?

What happened when a ninja was caught in the act?

Ninja were sometimes boiled in oil to send a warning to others. Such barbarous treatment made it a common practice for them to kill themselves when capture was imminent by taking poisons or using their own blades. There are stories of ninja disfiguring their own faces so they wouldn't be recognized when captured [Ninjutsu: The Art of Invisibility, Facts, Legends, and Techniques, by Donn F. Draeger].

Did the ninja really use secret hand gestures?

Called kuji, these exist but had no documented connection to the ninja. The practice most likely originated in India before moving to China and eventually Japan [Cummins]. The gestures purportedly sharpened the mind, reduced stress, warded off evil, bolstered courage and improved endurance in certain situations.

Were the ninja exceptional martial artists?

Because their primary function was espionage, hand-to-hand combat would have been a secondary skill. If they did have to fight, the skills they used likely would have come from jujitsu,which included lethal blows as well as brutal joint locks. Some historians contend that the ninja's fighting skills came from aikijujutsu [Classical Fighting Arts of Japan: A Complete Guide to Koryu Jujutsu, by Serge Mol].

Taijutsu is the term commonly associated with the ninja arts today, but it's essentially a blanket name for any combat system that relies on empty-hand techniques [Taijutsu: Ninja Art of Unarmed Combat, by Charles Daniel].

Was a goal of a ninja to earn a black belt?

There was no belt-ranking system in ninjutsu. Instead, the goals were to master the skills they would need to accomplish their tasks and to survive.

Modern schools claiming to teach ninjutsu arose during the ninja craze of the 1970s. Most teach martial arts skills and close-quarters-combat techniques in a dojo setting rather than espionage tactics in the outdoors.

According to noted author and martial arts instructor Stephen K. Hayes, "Finding a master of the dark art of ninjutsu in modern westernized Japan seems as unlikely as finding an active practitioner of the magic of Merlin in contemporary industrialized England."

Can a person become a ninja today?

To learn what the historical ninja learned, a person would be better off joining the military or the CIA. That's because so much of what they had to learn lay outside the martial arts.

When it comes to the ninja, will the public ever prefer fact over fiction?

Because of our fascination with these men in black and their incredible feats, the ninja phenomenon has spiraled into a multimillion-dollar business that spans films, books, equipment and instruction. That's one of the reasons so many kids go trick-or-treating while clad in ninja garb, complete with fake swords and nunchaku. Why should we spoil their fun and tell them the truth?

About the author: D.A. Galante has written numerous books and magazine articles on subjects as diverse as wilderness survival, health, fitness and sports. Before he became a writer, he served as a sniper-trained paratrooper with the 82nd Airborne Division. Afterward, he was schooled in scientific crime detection and worked as a police officer in North Carolina. A martial artist and Golden Gloves boxer, he lists among his current interests the study of ancient warfare and weaponry.