Truth About Multiple Attackers According to Superfoot Bill Wallace 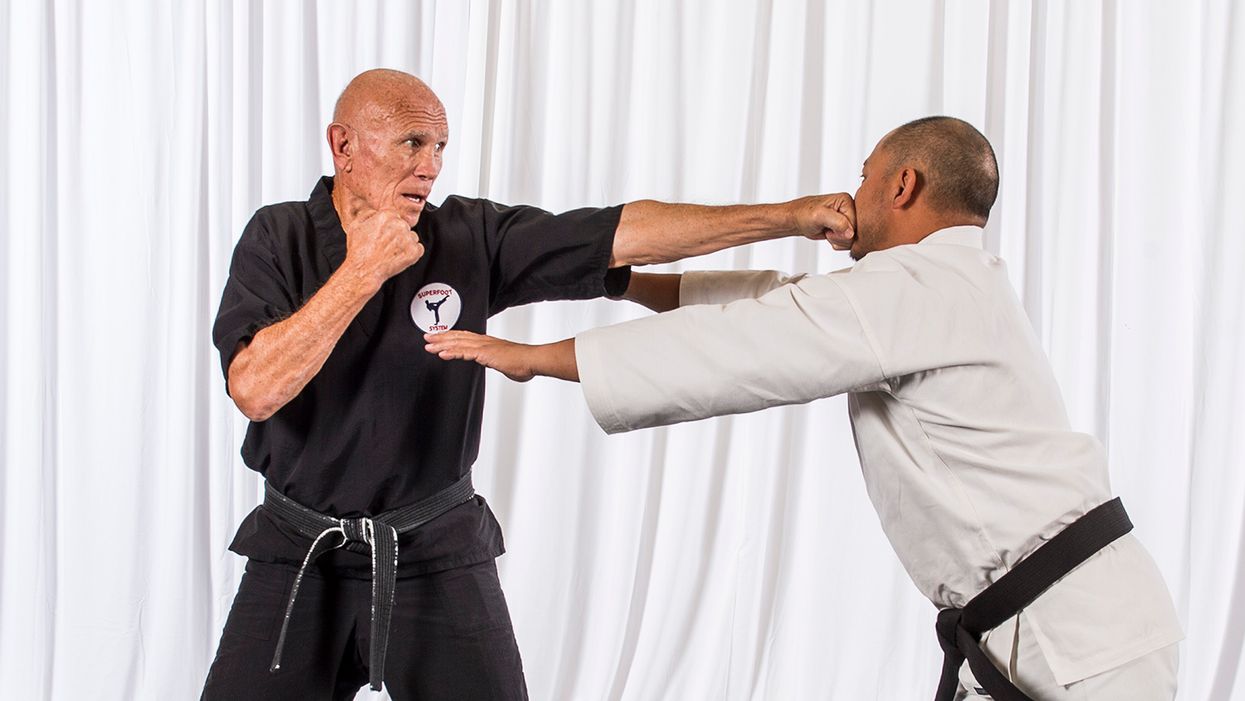 Many years ago, a group of approximately 13 boys — one only 10 years old — and two young men allegedly beat a 36-year-old man to death. One teenager reportedly threw an egg at the victim, probably as a prank. The man retaliated by punching another teen in the mouth, knocking out a tooth.

The minute he did that, he was fighting a losing battle.

The youths allegedly lashed out, using improvised weapons such as broomsticks, crates and other objects to bludgeon him to death.

We all have egos. Usually the first instinct when someone calls you a name is to come back and do the same to the aggressor. The man probably thought he would just pick a fight with the guy who threw the egg while the other boys left him alone. Right. They were all friends; of course they would defend each other.

Unfortunately, there was probably very little the victim could have done to protect himself once that many people started to attack him. His fatal mistake during the altercation was that he tried to stand up to the kids in the first place.

The martial arts are fantastic for defending against one or two people, but when you're facing 15 attackers at once, forget it. In that situation, the best thing to do is swallow your pride and try to talk your way out of the confrontation.

You won't prove anything by beating up young kids, and pretending to be Billy Badass when you're facing 15 assailants will not stack the odds in your favor.

Even if the victim had been able to prevail, he would probably have gone to jail for assaulting a minor. He would have lost either way. However, if he had martial arts experience, he might have been able to talk his way out of an assault by simply backing down and saying, "Hey, I'm really sorry. You guys are right, and I'm wrong. Don't waste an egg on me. I'll just leave."

I think the reason I've never been in a street fight is I won't stand around and argue with people. A one-on-one fight is one thing, but if there's a gang of aggressors involved, they've got the advantage right off the bat. If I hit one guy, I can be pretty sure his buddies will help out. While I'm busy working on one or two of them, there is bound to be a couple more right behind me, and I will have no idea what they're doing.

If they jump on me and tackle me, I will have only two weapons to fight back with once I'm on the pavement: my hands. Legs don't work too well when you're on the ground.

Read About Bill "Superfoot" Wallace's Return to the Ring!

Self-defense is about more than knowing which technique to use to fell an opponent. It's also about knowing where to be and where not to be so you can avoid getting in trouble.

If you're in an encounter that might turn ugly, you should get out of that area. There is no law that says you have to stay in a dangerous situation.

If you're ever attacked by a gang and cannot get away safely, maneuver so all the attackers are in front of you. Then you can use them against each other.

For example, grab one person, beat on him until he's weakened and then hold him between you and the other assailants. Use his body like a shield so the others have to get around him to get to you.

If a group surrounds your car, don't get out. Start creeping forward so they have to move out of the way. They might beat on the car, but at least you're safe inside.

One thing I do know is that the bunch of boys who allegedly attacked that man were wimps. If they really were tough guys, they would have decided which one in the group would take him on, or perhaps the boy who threw the egg would have challenged him.

But when 15 people jump on a single defender and they're using weapons, their purpose is to kill — and they should pay the penalty.

About the author: Bill "Superfoot" Wallace is a former kickboxing champion and a Black Belt Hall of Fame member who now teaches seminars around the world. Visit his website here.