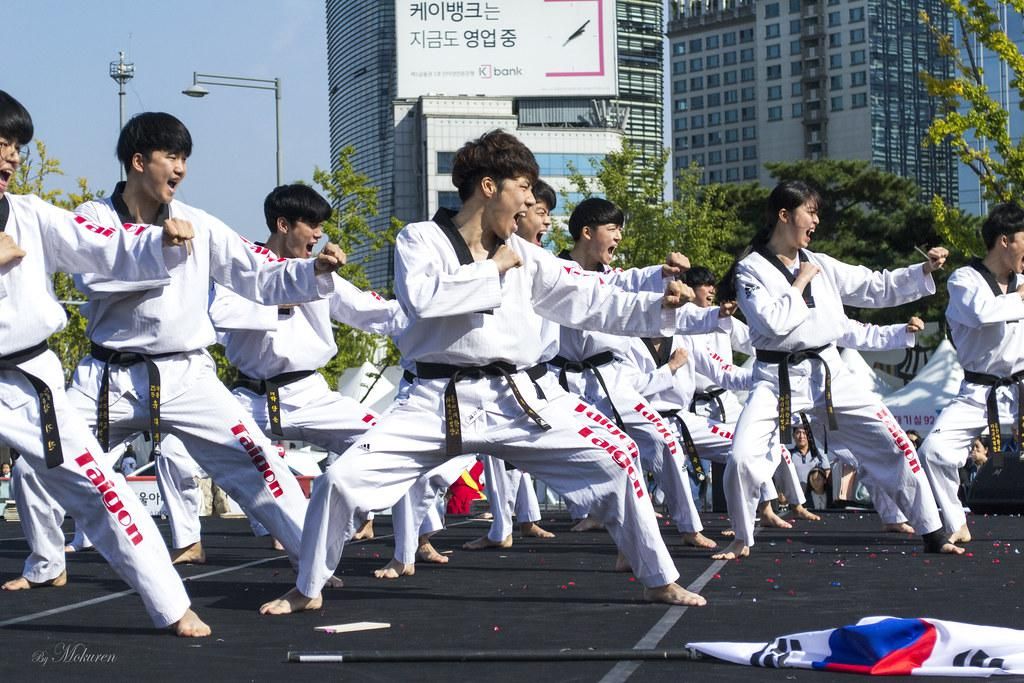 Mark Jacobs
news
www.gannett-cdn.com
The World Taekwondo Demonstration Team's quest to earn this season's title on NBC's America's Got Talent show came to an end when the results of the finals were announced Wednesday night with magician Dustin Tavella winning the competition. Though they failed to crack the top five, the demo team's performance in Tuesday night's final round did seem to be an improvement over their semifinal appearance, which had seen them miss with several difficult aerial board breaks.
Keep Reading Show less
Follow Unfollow Following

Mark Jacobs
tae kwon do
cdn.vox-cdn.com
The World Taekwondo Demonstration Team made it through to the finals of the America's Got Talent TV show Wednesday night but just by the skin of their teeth. After losing out in the fan voting they had to be chosen by the judges as the last act to advance from Tuesday night's semifinal competition on NBC.
Keep Reading Show less
Follow Unfollow Following

Mark Jacobs
tae kwon do
www.paralympic.org
Taekwondo debuted as a Paralympic sport appearing on the schedule for the first time Thursday at the Paralympic Games in Tokyo. Peru's Leonor Espinoza Carranza made history claiming the first ever gold medal by winning the women's 49 kg class. Brazil's Nathan Cesar Sodario Torquato also captured the men's 61 kg division. Zakia Khudadadi, who garnered headlines in escaping from Taliban-controlled Afghanistan to compete in Tokyo, lost in the day's opening match, though she did become just the second Afghan woman to ever participate in the Paralympics.
Keep Reading Show less
Follow Unfollow Following

Mark Jacobs
news
img4.yna.co.kr
The International Paralympic Committee confirmed on Saturday that Afghan women's taekwondo competitor Zakia Khudadadi, along with track athlete Hossain Rasouli, have arrived safely in Tokyo and will be competing in their respective sports at the ongoing Paralympic Games. It had seemed the pair, Afghanistan's only scheduled participants, would not be able to get to Japan when, earlier this month, their nation fell to the Taliban in the wake of American withdrawal.
Keep Reading Show less
Follow Unfollow Following

The History of the Belt (grading and ranking) in Martial Arts

No Charges to Be Brought Against UFC Legend Chuck Liddell

MMA Opinion: Not the Face

Ebb and Flow: Being a Professional Athlete (martial arts edition)

Why Is It Important to Eat Before martial arts or MMA training?