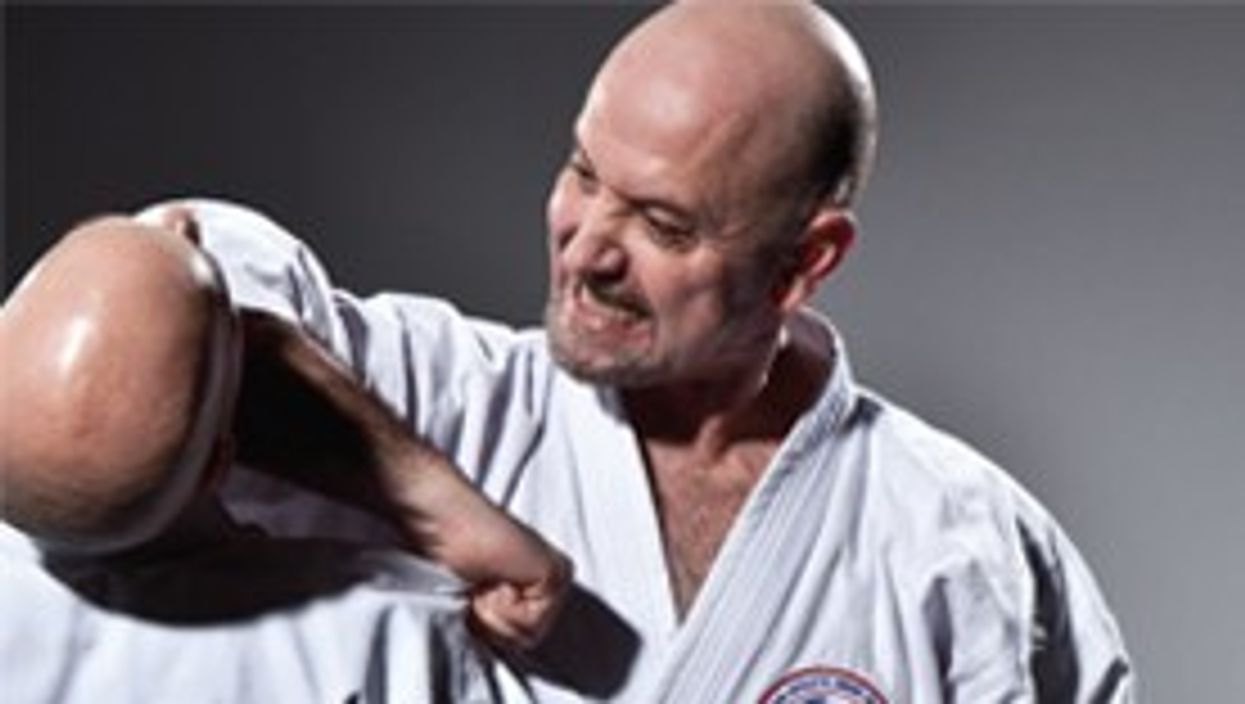 In this exclusive video, instructor Joe Mirza delves into tai sabaki -- a concept found in the heian shodan -- and how it functions in shotokan karate.

The renowned skills of champion martial artists such as Chuck Norris, Joe Lewis and Bill Wallace all sprang from a common source: classical kata. Each of their foundations as experts in karate moves included classical kata. In this exclusive karate-moves video, shotokan karate instructor Joe Mirza delves into a concept found in the heian shodan— the concept of tai sabaki."Tai sabaki literally means body movement," karate-moves expert Joe Mirza explains. "What we have in tai sabaki is the understanding that when someone attacks you, they're attacking your centerline."

"[Understanding] the concept of tai sabaki is very simple. [The] attack is coming to you; there's two ways to avoid it. The first way is if the attack comes, you move the attack out of your way."

Developing Your Karate Moves: The Role of Ayumi Waza in Tai Sabaki

"Ayumi waza means stepping," Joe Mirza says. "It's pretty simple. It's a step. If you practice karate or taekwondo, the first form that you have is called heian shodan."

According to Joe Mirza, the heian shodan contains the tai sabaki element of ayumi waza, or stepping. When translated into karate moves to fend off a jab, for example (as demonstrated in the video), the application of the tai sabaki concept in the form of ayumi waza becomes quite clear.

Joe Mirza is a shotokan karate instructor with more than 40 years of experience with concepts such as ayumi waza and tai sabaki. Joe Mirza was inducted into the Black Belt Hall of Fame as its 1991 Man of the Year.

For more information on shotokan karate moves, the heian shodan and concepts such as tai sabaki, be sure to consult Shotokan's Secret: The Hidden Truth Behind Karate's Fighting Origins by author Bruce D. Clayton, Ph.D. This 400-page book explores the secret history of shotokan karate moves and cracks open the art's kata with new insights as to their meaning and purpose. This beautiful expanded edition features new artwork, archival lithographs, photographic sequences and six never-before-seen chapters filled with new historical research, delving deeply into the heian kata.

Philosophy Uncovered: Are Your Thoughts Holding You Back As A Martial Artist?