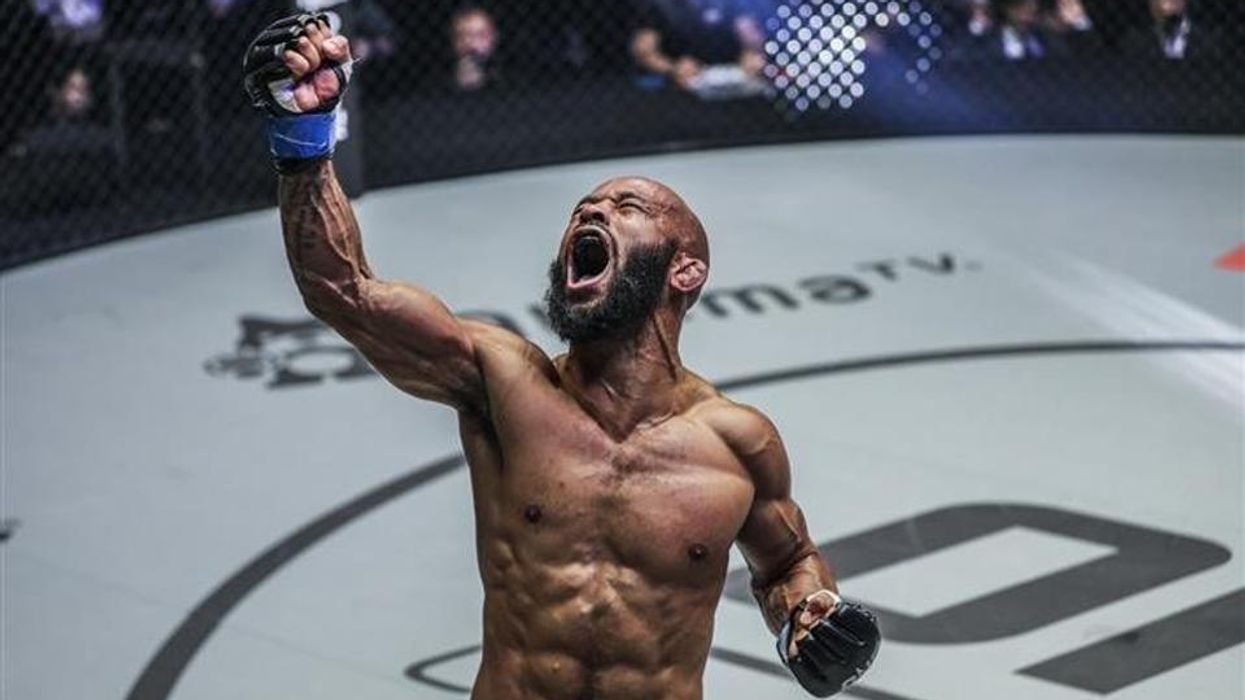 Mixed martial arts is a truly global sport with a blend of martial arts styles from all around the globe. The explosion of the sport has seen a new wave of sensational athletes come through and re-shape our perceptions of what martial arts can be.

In 2020, there are a few standouts who continue to wow us at every turn.

From divisional dominance to a seamless blending of techniques, these athletes showcase what the very best have to offer as we near the new year.

Here is a look at ten of the best pound-for-pound athletes in the game today in no particular order.

Demetrious "Mighty Mouse" Johnson can be summed up in one word: perfection. He is the example of what a mixed martial artist should be both in and out of the ring. Johnson's technique is flawless in all areas, and his results reflect that with both stunning knockouts and jaw-dropping submissions. Now, the ONE Flyweight World Grand Prix Champion has a chance to claim another title when he takes on Adriano Moraes for the ONE Flyweight World Championship.

If you are writing a shortlist for the mixed martial arts GOAT, Jon "Bones" Jones is assuredly near the top of it. He debuted in the UFC as a virtual unknown and shocked the world with an upset of Andre Gusmao. In hindsight, it's easy to see how everyone got that one wrong. Jones changed the game in his run to the UFC Light Heavyweight Championship, and he has been able to accomplish so much during his 12-year run in the company. What challenges are left? Will we finally see him compete at heavyweight?

29-0. The record speaks for itself. The undefeated UFC Lightweight World Champion has been peerless in the division since his organizational debut in 2012. His unmatched grappling and tireless takedowns have been unstoppable as he marched toward the title and completed three dominant defenses. Rarely losing a round, Nurmagomedov has proven to be virtually unbeatable.

"Unstoppable" Angela Lee garnered a lot of attention early in her career with her well-documented past as an amateur, and she met the challenges as a professional head-on. She stormed her way to the ONE Atomweight World Championship and remains undefeated in the division with an incredible slate of finishes to her credit. Lee will welcome a new addition with her baby in 2021 before returning to defend her crown and assert her dominance on the division.

Angela isn't the only Lee worthy of inclusion; her little brother Christian is also sitting at the top in his division. The ONE Lightweight World Champion followed in his sister's footsteps from youth champion to professional glory. The scary part for the rest of the lightweight world is that Lee is still growing both physically and mentally. "The Warrior" has shown his KO power and excellent ground game, but as he develops more and more, the blend of his skills will make it difficult for him to be dethroned.

"The Lioness" is the model for progressing as a mixed martial arts athlete. She always had the raw tools, and throughout her career, fans have been treated to watching her slowly fine-tune her arsenal into a near-unstoppable force. She came into her own and made history with a 48-second knockout against Ronda Rousey, only to follow it up with a 51-second knockout over Cyborg. Nunes' all-around game is a marvel to watch as she reigns over the UFC bantamweight and featherweight divisions.

The UFC Middleweight World Champion has done something few have been able to do - exceed expectations. Adesanya entered the UFC in 2018 with a lot of hype and outperformed expectations with a quick rise to the top. After capturing the interim belt, he unified the titles in October 2019 and has become a household name with pristine striking and a charismatic persona.

ONE Strawweight World Champion Joshua "The Passion" Pacio is one of the most exciting athletes in the sport today. Each time the Filipino steps inside the ONE Circle, he is looking to add another finish to his impressive highlights reel as he continues to help grow the sport in The Philippines with each and every performance. The Team Lakay representative is not just building his legacy in ONE, but in his homeland, as he becomes a bigger star and inspires a new generation.

Speaking of the ONE Flyweight World Champion, Moraes is one of the very best in the world himself. Not merely because he is at the top of the heap in ONE Championship, but because his skills are nearly flawless. The unheralded flyweight has power in his strikes, and his ground game is next-level as a legit Brazilian Jiu-Jitsu black belt. The Brazilian is entering his athletic prime and could be poised to make a statement when he meets one of the greatest ever to do it, Johnson, in 2021.

It is difficult to discredit the run of Ohio's Stipe Miocic. The firefighter became the first athlete to defend the UFC Heavyweight Championship three times and won the trilogy against Daniel Cormier to cement himself atop the mountain. He has accomplished what no other heavyweight has been able to do inside the Octagon with a well-rounded game and the ability to adjust on the fly. And he has been able to accomplish all of that while remaining humble and soft-spoken through his impressive tenure.