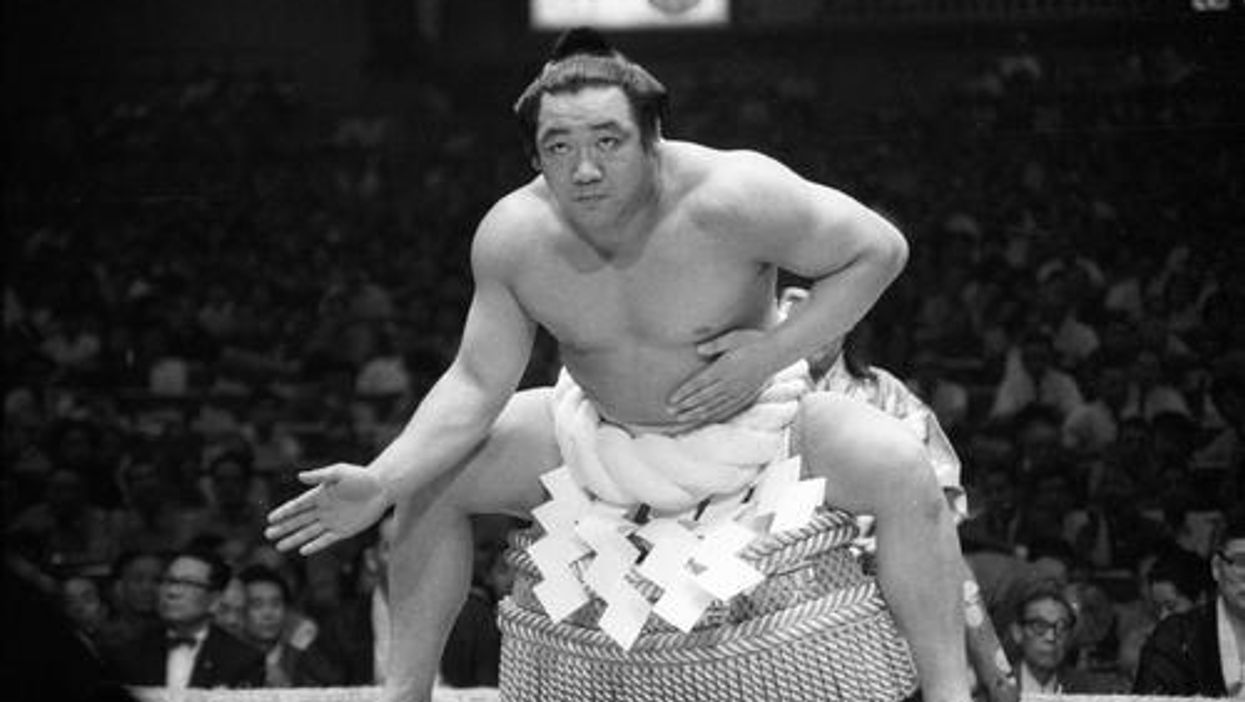 Tochinoumi, the 49th yokozuna, or grand champion, in sumo history and the oldest living yokozuna passed away Friday at the age of 82 from a lung infection. At 82 years and 10 months, he had the second longest life span of any yokozuna in history.

Debuting in sumo in 1955 Tochinoumi was promoted to the sport's top rank in 1964, though he only managed one tournament win after that and was forced by injuries to retire at 28, the youngest age a yokuzuna has ever retired. Overshadowed during his career by fellow grand champions Kashiwado and the legendary Taisho, Tochinoumi was, nonetheless, notable as both one of the smallest grand champions ever and one of the best technicians. Weighing just 242 pounds, he won six tournament awards for best technique throughout his career.