7 Kickboxing Principles That Will Make You a Better Fighter, Part 1 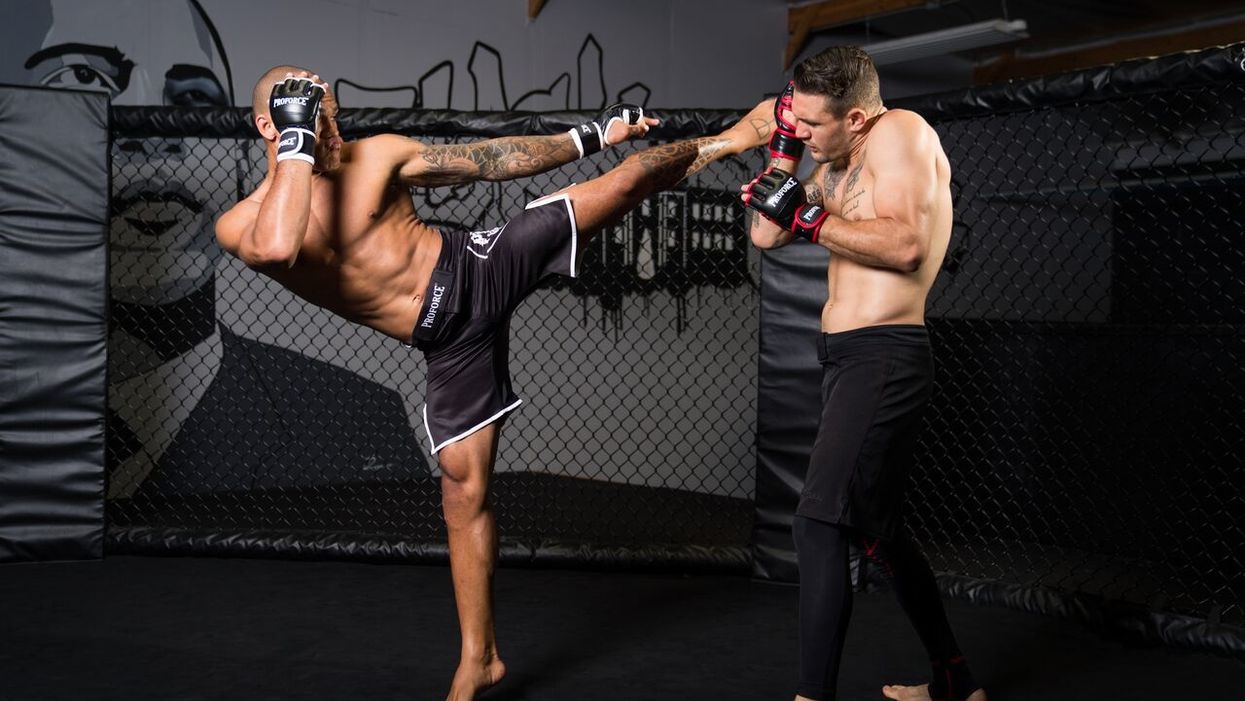 Former kickboxer Louis Neglia reveals the martial arts secrets he's gleaned from his 40-plus years in the fight game.

When you think of formulas and principles, you don't normally envision kickboxing. If you're like me, you probably think of chemistry or physics — subjects few of us know much about.

Well, you can dump all those preconceived notions about formulas and principles being too complex to wrap your mind around and too intricate to use because kickboxing has its own set, and they're essential to success in this sport and other types of martial arts fighting. If you learn them, you'll flourish. If you don't and your opponent does, you'll be doomed.

All kickboxing tactics are based on seven principles: distancing, defense, feinting, timing, power, endurance and sparring. In this article, I'll explain what they are and how you can improve them. Whether you're a kickboxer or a practitioner of some other martial art, they're guaranteed to improve your game.

When you're ready to attack, you must be able to accurately judge the distance between yourself and your opponent. If you're not close enough when you throw a technique, you'll end up reaching for him and you won't generate any power. If you're too close and try to kick, he'll jam your leg. That's why a good, scientific fighter has full knowledge of the distances (full, half and close) and outstanding skill in each one. When your distancing skills are sharp, you'll be able to measure your opponent and make split-second decisions that can make or break the bout.

To become an elite martial artist, you must be an effective defensive fighter. If you lack defensive skill, you might be able to defeat mediocre opponents, but you probably won't get past tougher ones. If you find yourself facing a powerful puncher, rest assured he'll be looking for a target. If your defensive skills are good, you can make it difficult for him to find that target. The following are some standard kickboxing maneuvers for defensive use:

• Parry You deflect a technique without stopping its momentum. For example, you redirect a punch with your hand.

• Block You stop a technique cold. You can execute a block with your arms or legs. It can be a single action or a series of measures, but regardless of the specifics, it will limit or eliminate the technique your opponent is throwing.

• Dodge You move all or a portion of your body away from your opponent's weapon. You need not make contact with him. Dodging an attack is better than parrying or blocking because your hands and legs remain free to counterattack.

• Return After you execute a parry, dodge or block, you throw your own technique before your opponent has a chance to return to the guard position.

• Rolling With the Punch To lessen the impact of a blow, you move away from your opponent's weapon in the same direction it's traveling.

• Sidestep You move out of the path of the attack. One example is to pivot on one of your feet. The movement enables you to avoid his technique and retaliate.

A skilled kickboxer is like a chess player: He uses feints to set up techniques so he can easily score on his opponent. Feinting is a vital tool of deception and can be a critical weapon in your arsenal. It can keep your opponent guessing, fill him with false anticipation and disable him psychologically. For a feint to be effective, it has to be thrown convincingly and with power. Otherwise, he won't fall for it.

Skill at feinting requires lots of practice. Here are two tactics you can add to your repertoire the next time you spar:

• To draw your opponent's attention to his midsection, throw a hard jab to the body. Immediately afterward, fake the same punch and throw a straight right to the chin.

• Throw a hard jab to the face. Then feint the same motion and throw a left hook to the head.

No offensive or defensive technique is successful without proper timing. You can have the greatest move in the world, but it won't do any good unless your timing is on. Timing requires speed, a good sense of distance and direction. To develop your timing, stand about two feet away from your partner and slowly throw punches at him. He should utilize the various defenses described above. Continue for three minutes, then switch roles. Do two or three rounds. As you improve, pick up your speed.

This drill will also improve your reflexes and blocking skills, get you accustomed to having punches come at your face and hone your sense of direction and distance. For the best view of his entire body, watch your partner's solar plexus, not his face.

(Read Part 2 of this article here.)

(Studio Photos by Tom Sanders; Below Photo Courtesy of Ring of Combat)

About the author: Louis Neglia is a former world kickboxing champion who has run a karate and kickboxing school in Brooklyn, New York, since 1972. He now directs the Ring of Combat MMA event series.