The Brutal Origins of Pit Fighting 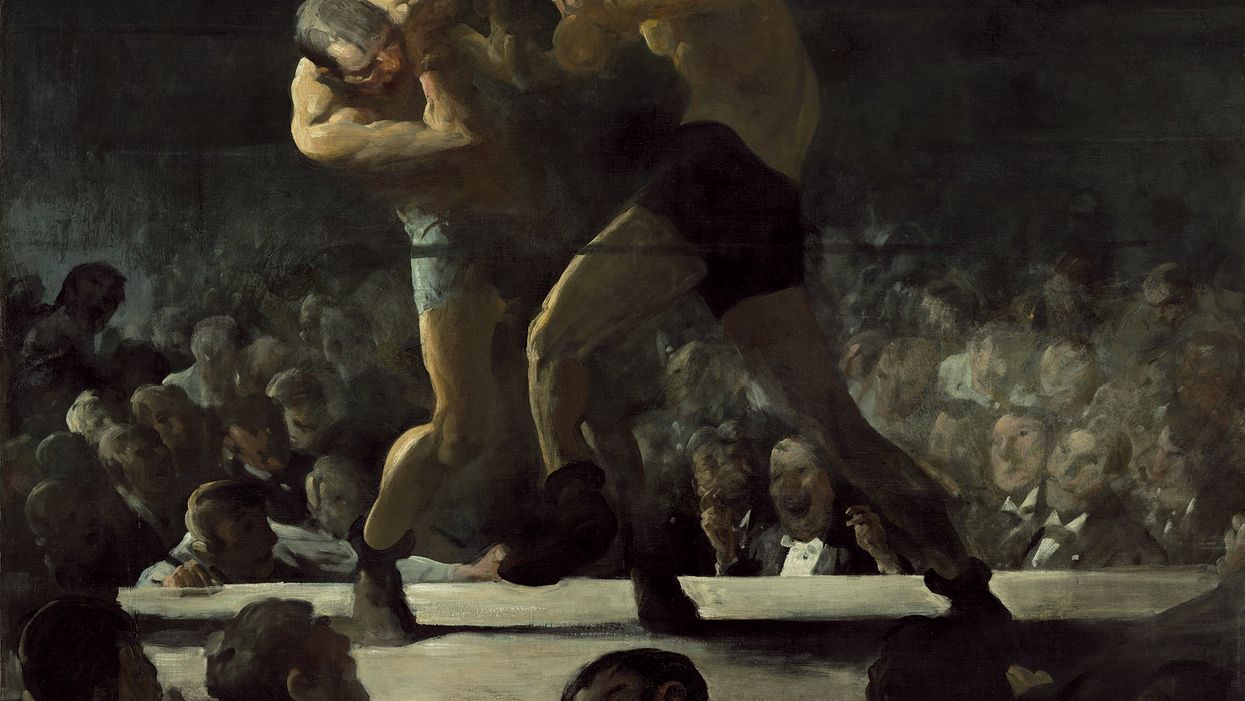 In 1986 John Hackleman opened a gym he named The Pit. That led to fighters who operated from this base being called pit fighters. The most renowned of those early pit fighters was Chuck Liddell, a martial artist who went on to become the UFC light-heavyweight champion.

Looking farther back in history, however, one comes across the term "pit fighting" in reference to a hard form of Hawaiian kempo — which at one time was known as kajukenbo, yet another hybrid martial art originating in Hawaii in the late 1940s. The name kajukenbo, of course, is formed from the first letters of the names of the arts that constitute it: karate, judo, jujitsu, kenpo and boxing. Not a bad mix at all!

Kajukenbo still survives under that original moniker, with some branches calling themselves Hawaiian kenpo. Note that Hackleman uses Hawaiian kempo with an "m" to emphasize the harder approach to training and fighting that he advocates.

As you've no doubt noticed, the arts I've discussed so far are Eastern in origin. Pit fighting, however, also has a Western connection — specifically, with the system known as Frontier Rough and Tumble. To learn more, we must return to the phrase "pit fighting" in an effort to distinguish between what it means in modern parlance and what it used to mean to Welsh miners.

To those miners, pit fighting was a far more brutal form of combat, one designed, strangely enough, to entertain. In Welsh, the term is written ymladd pwll‚ and much of our knowledge of it comes from a rugged boxer named Tommy Farr.

Farr — whose ring name of "the Tonypandy Terror" simply confounds the ears — is best-known for his controversial bout with heavyweight champ Joe Louis in 1937. Louis earned the 15-round decision, but there are those who saw it otherwise.

Back to the Tonypandy Terror: Farr was born on March 12, 1913, in Wales. To be exact, he entered this world in a place called Clydach Vale, Rhondda. As many did during this time and around this locale, he started work while still young and became a coal miner.

How young? He was 12 years old.It's been a fact of life forever that tough occupations + tough lads = tough men, and Farr was no exception to that rule. He was working underground when one of the not-so-uncommon explosions ripped through a mine, and he wore the scars from that unfortunate incident until the day he died.

By now, you're probably wondering what those tough Welsh miners did for recreation during their downtime. Well, it seems they indulged in a bit of pit fighting — and we're not talking kajukenbo or Hawaiian kempo or kenpo. What exactly does pit fighting mean in this context? Farr described it thusly:

Two holes were dug waist deep approximately 2 feet apart. One contestant entered each hole, after which the men faced each other and commenced to battering. Unable to flee or even duck effectively, the combatants unleashed their strikes and attempted to block to the best of their ability.

John Hackleman, originator of the California training center known as The Pit.

Victory came when one man, in his hole, so incapacitated the other, in his hole, that he could no longer fire back. The result: The hardest-hitting man who was willing to slam while standing waist deep in a hole in the ground usually prevailed. Keep in mind that not being able to fall after receiving a stunning blow or immediately after being knocked out meant that the loser undoubtedly endured a bit more punishment than does any modern-day boxer or MMA fighter. Ah, the grand ole days of good, clean fun!

Farr went on to enjoy a fine ring career, and one cannot help but presume that pit fighting aided his upper-body defensive game and bolstered his fighting spirit by the sheer grit of the endeavor.

The following are a few exercises that might shake up your game and lend you a bit of Tommy Farr-ness without actually requiring you to stand in a hole and take a shot to the mouth.

Shoelace Drill Tie your shoelaces together and work the heavy bag, the pads or your sparring partner. Strive to stay stock-still with respect to footwork.

Box Drill Stand inside an 18-inch-by-18-inch square and work the heavy bag and pads. Again, engage in light sparring if you're able.

Paper Drill Stand on two sheets of notebook paper with one foot on each sheet. Work the heavy bag, the pads and light sparring. The goal is to not lift either foot off the paper. A transgression will be seen immediately.

One-Hand Bowie Drill There's a legend that notorious frontiersman Jim Bowie once engaged in a knife duel in which each participant held a knife in his lead hand and held one end of a rope or chain in the other. You can substitute a boxing glove for the blade. You'll have more mobility than in the previous drills, but this "freedom" is more than made up for by the push-me/pull-you aspect of the tug of war.

Even if you cannot, or do not, desire to engage in a true pit fight, these drills can go a long way toward shaking up your game and providing a taste of what standing-in-a-hole strictures were like.