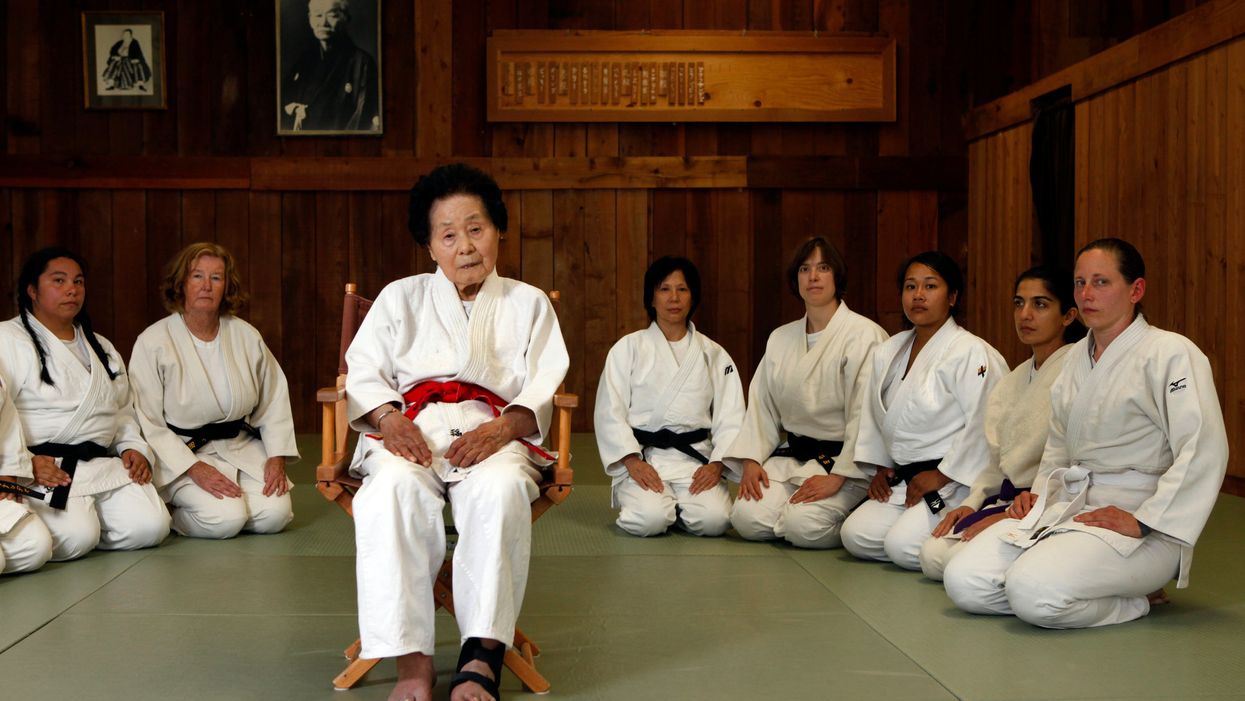 Keiko Fukuda never made the cover of Black Belt. She lived to be 99, but she wasn’t that fierce or imposing. Longtime Black Belt contributing editor Dave Lowry delves into her life story in this fascinating article.

Keiko Fukuda never made the cover of Black Belt. She lived to be 99, but she wasn't that fierce or imposing. After all, there was a period of almost 30 years when she didn't even get promoted in her martial art. The other day I heard a black belt complain that he'd been stuck at third dan for six years and that the reason he wasn't getting promoted was the national board that tests for his karate organization wasn't fair. It made me think of Keiko Fukuda.

Starting Judo Keiko Fukuda was the last surviving judoka to have been personally trained by the art's founder, Jigoro Kano. She began practicing in 1935 at a time when the Kodokan had just opened a women's division for its two-dozen female members. Keiko Fukuda was allowed to take up the art primarily because her grandfather had been one of Jigoro Kano's jujitsu teachers. Even then, her family approved only because they thought she might meet a suitable husband on the mat.

Keiko Fukuda became captivated by judo. She continued training during World War II and took it up again when the martial arts ban was lifted after Japan surrendered. By 1953 she was among the senior-most female judoka in the world. She was awarded godan, or fifth-degree black belt. In 1966 she moved to the United States and opened the Soko Joshi Judo Club, where she taught for decades.

Keiko Fukuda was given the Order of the Sacred Treasure by Japan for her work in judo. She wrote books, taught around the world and created a kata championship that's one of the art's most prestigious events. And as of 1973, she was still a fifth dan.

When Keiko Fukuda began judo, the Kodokan set up a separate rank system for women, recognizing only five grades of black belt. No matter how skillful one was, the rule was ironclad. Meanwhile, since 1926, men had been able to attain rank up to ninth dan. Not long thereafter, 10th dan was established.

The Kodokan has a long history of bumbling in the promotion and practice of judo. Often, the hierarchy has failed to recognize opportunities and remained reluctant to act in the best interest of the art. Its refusal to even consider changing the rank system for female judoka is a perfect example. Behind the scenes, beginning in the late 1960s, enormous pressure was exerted on the Kodokan to update this system, primarily on behalf of Keiko Fukuda. It was outrageous that male judoka who were decades junior to her now outranked her.

The pressure was applied in a variety of ways. Some Japanese judo masters tried to use graciousness and oblique diplomacy. Some Westerners were blunt about it, almost threatening. The Kodokan refused to give in until finally in 1973, threatened with international embarrassment, it relented. Keiko Fukuda was promoted to sixth dan. It had been 29 years since her last promotion.

In subsequent years, perhaps to make up for its policy, the Kodokan promoted Keiko Fukuda again. She became a Kodokan ninth dan. (She was awarded a 10th dan from the International Judo Federation, but the rank wasn't recognized by the Kodokan.)

It's difficult to imagine the road Keiko Fukuda traveled. Her father died when she was a child. Her uncle discouraged her participation in judo; it wasn't something a girl of her caste should do, he said. Instead of marrying and having children, which was expected of women of her generation, she practiced judo. She endured the same injuries, disappointments and challenges as any serious martial artist, but she also faced unique obstacles related to the culture and atmosphere of the male-dominated dojo.

She came to the United States while still relatively young and had to learn the language and customs of a foreign land. For a time, she had no home of her own and lived with one of her students. Like every other budo teacher of her time in this country, she faced enormous difficulties translating the spirit and values of the martial arts to something Americans could grasp easily.

In all those years, Keiko Fukuda never complained about the treatment she got from the Kodokan. Her status as a personal student of Jigoro Kano should have elevated her to the realm of legend. If anyone had the right to say, “Do you know who I am?" it was her. She could have pointed to her accomplishments, to the awards and recognition she'd received. She could have highlighted the clinics she taught, the championships she founded, the scholarships she provided for young judoka, and asked, “Who has done more for judo than me?"

Instead of pleading or complaining, Keiko Fukuda went about following the way of judo. She taught, trained, supervised and coordinated events, tournaments and clinics. She never focused on grades or rank; she focused on her art until February 9, 2013, the day she died.

Are you irritated that you haven't been treated “fairly" with respect to promotions in your dojo? Well, maybe you have a point. Maybe you've done more for your art than Keiko Fukuda has done for hers. Then again, maybe not.

Dave Lowry is one of Black Belt's contributing editors.