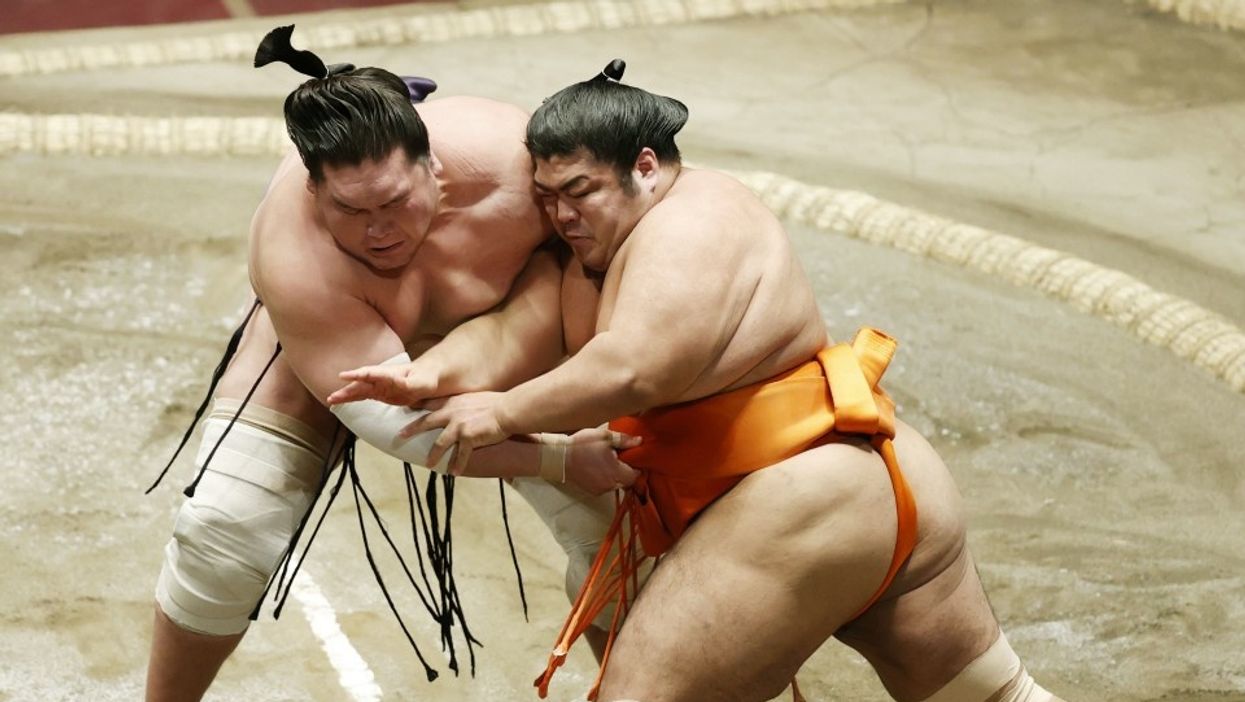 Takakeisho claimed the November Grand Sumo Tournament Sunday with a playoff victory over Terunofuji. The pair had already met in the final scheduled match of the 15-day long event with Terunofuji throwing Takakeisho to the ground to win the bout and force the playoff as both men finished with a 13-2 record.

But Takakeisho, 24, came out hitting in the playoff forcing Terunofuji out of the ring to capture the championship, his second Emperor's cup since achieving ozeki status, sumo's second highest rank. The tournament, which had to be moved from Fukuoka to Tokyo due to coronavirus concerns, was contested without grand champions Hakuho and Kakuryu who withdrew due to injuries.