Swordsmanship in Ancient Japan and the Quest for Self-Mastery 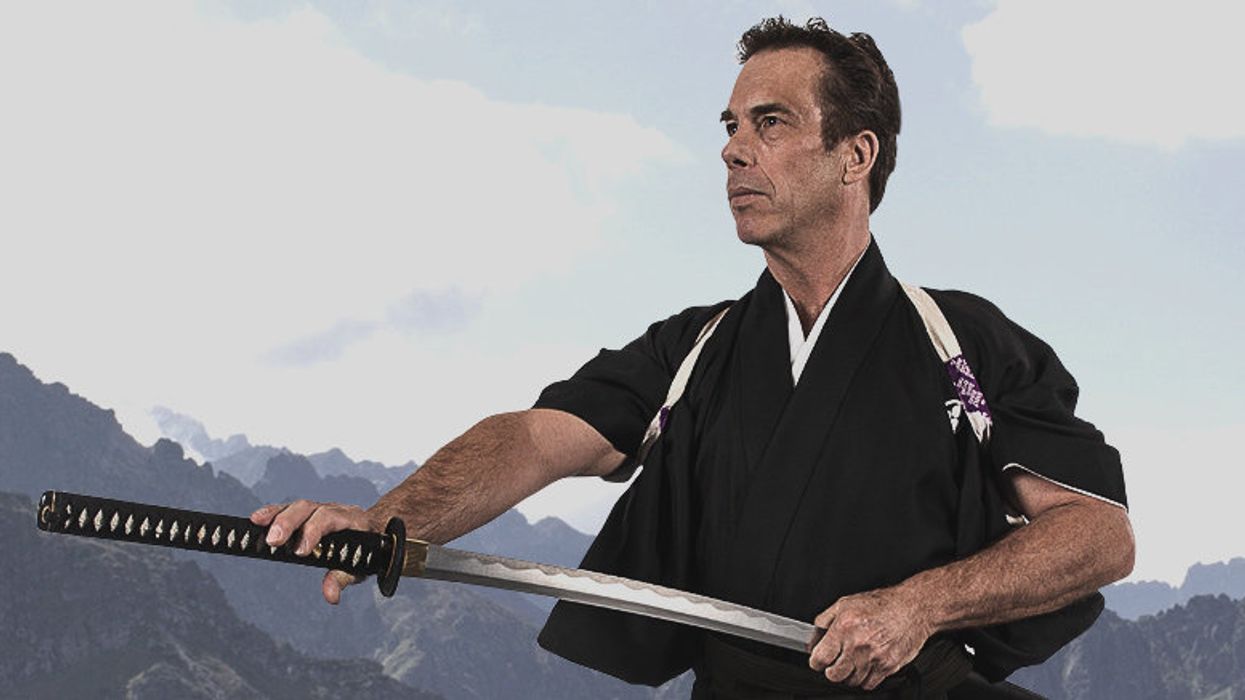 Black Belt Hall of Famer Dana Abbott outlines the moral code that guided the samurai and explains how it applies to modern martial artists who train with the sword.

Excellence in Japanese swordsmanship demands that a martial arts practitioner — whether that person trains in kendo, kenjutsu, iaido or another style — make a conscious effort to learn and execute correct sword techniques, practical cuts and the samurai way of life.

With time and experience — and assuming a certain level of physical ability and perseverance — the road to self-mastery in Japanese swordsmanship can be traveled by anyone in a relatively short period. When the road is not correctly navigated, however, self-mastery can elude one for a lifetime.

The key to self-mastery in swordsmanship is the melding of body and blade, thus creating an inner spirit. The samurai understood this need to control the mind and body and developed a keen but subtle awareness to aid in its pursuit. Without such total involvement, they would have found it difficult to adhere to a disciplined life or excel at any of its phases.

As the samurai followed the precarious path to swordsmanship self-mastery, they could be forced to act as judge, jury and executioner when the occasion demanded. Yet their social status and the strict Japanese way of life and code of ethics imposed certain responsibilities.

They were forced to look beyond the present to the consequences of their actions and contemplate the possible results of drawing their swords. One reason they were so respected is they demonstrated exceptional perception and a sensitivity for the intricacies of wielding weapons while adhering to the moral precepts of the time.

The samurai were always conscious of the razor-sharp lengths of steel at their side even as they acted in accord with their social position, which commanded reverence on and off the battlefield. They believed that to live and die by the blade was a point of honor.

Because war was a proving ground for them, they quickly learned how to live from day to day, skirmish to skirmish, battle to battle. In the face of conflict, they gained insight into survival using all the knowledge they'd accumulated during their lives. That made the battlefield the ultimate arena for testing mettle and fortitude.

In war, the samurai were masters of destruction. They slowly began to comprehend the delicate balance between life and death. Many were aware that they might fall in battle, so they adhered to a strict code of ethics. If they were going to die, they wanted to do so with dignity and humility and without thought for their own welfare. In this light, a samurai who controlled his own destiny, and did it well, achieved self-mastery.

Not all samurai adhered to the code of ethics. Some had no desire to fulfill their social responsibilities and discarded honor while manipulating others for their own benefit. They wished to experience again and again the sensation of killing without putting themselves in harm's way as one would do in battle.

They frequently derived pleasure from cutting down unarmed peasants in the field. Today, we'd call them serial killers. Those samurai terminated life not for their clan or their lord; they did it for sport while pretending to be true samurai. They were the source of much grief throughout the ages and the perfect illustration of how the quest for self-mastery can go awry.

About the author: Dana Abbott is a practitioner of kendo and kenjutsu, as well as Black Belt's 2004 Weapons Instructor of the Year. He appeared on the cover of the April/May 2018 issue.