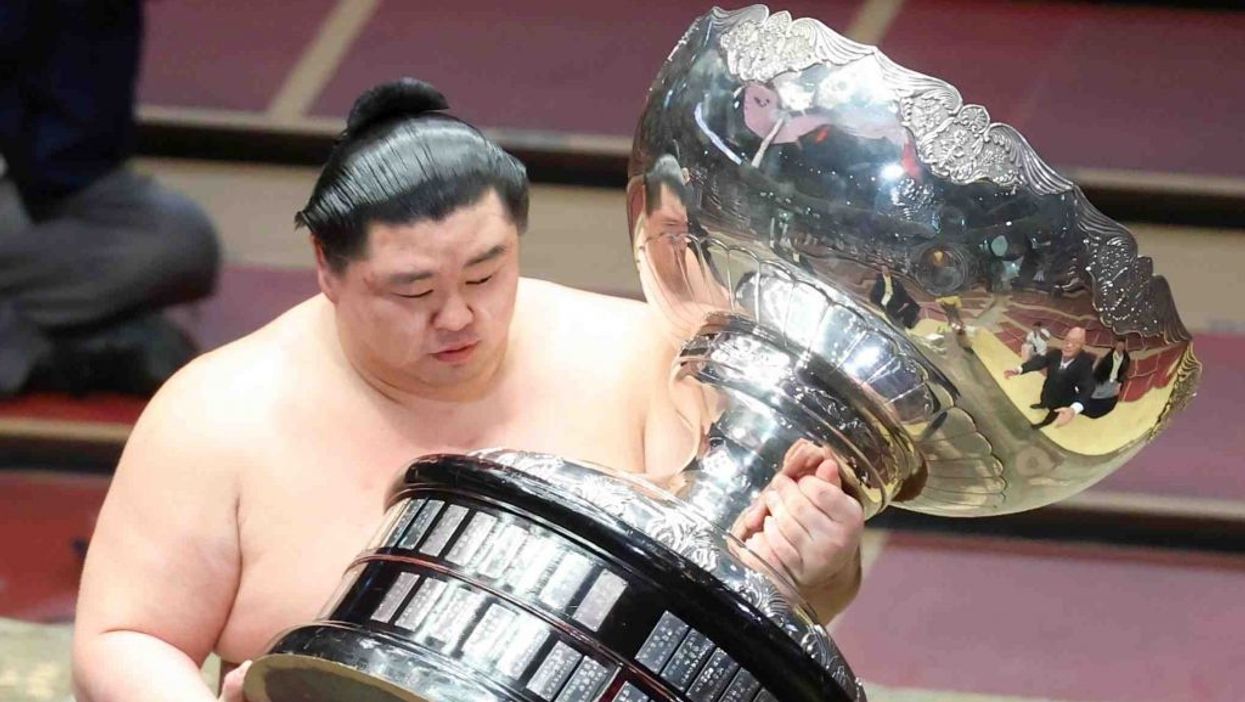 Sumo wrestler Shodai clinched the Autumn Grand Sumo Tournament in Tokyo Sunday by defeating rival Tobizaru to move his tournament record to 13-2. He also earned a promotion to the rank of ozeki, the highest level in the sport other than the grand champion title of yokozuna.

With the only two current yokozuna, Hakuho and Kakuryu, absent from the autumn tournament, Shodai seized control with back to back wins over ozeki ranks Takakeisho and Asanoyama on Friday and Saturday before defeating Tobizaru, who was one win behind him in the standings, on Sunday.