Steve Scott: A Life on the Mat 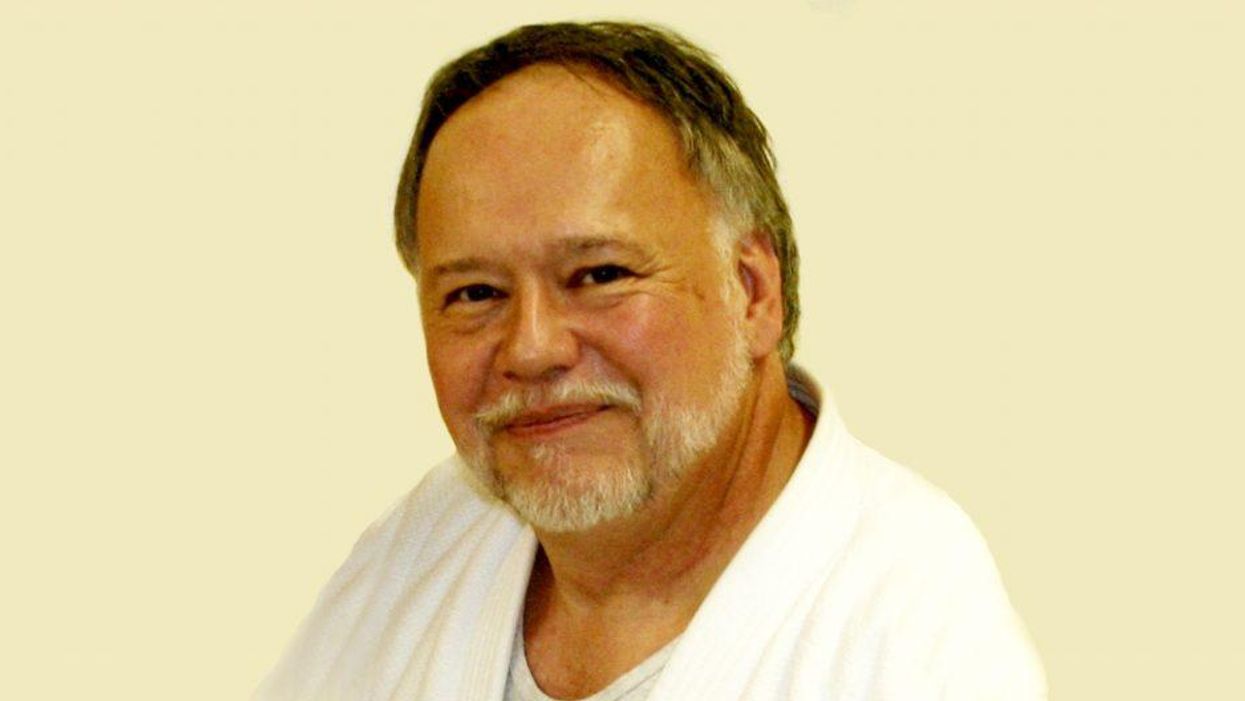 There are many martial art masters lauded for their ability to win medals and competitions, invent a new style, or showcase flashy ability on the large and small screen.

However, there are painfully few that can excel at that most necessary and overlooked of all skills in martial arts, the ability to teach. Steve Scott is a teacher.

Based on Scott's catalog of videos on his YouTube channel and his extraordinary books covering virtually every aspect of the grappling arts from specialties of the Juji Gatame to a thorough understanding of kinesiology and coaching, it is obvious that he can convey his ideas to a large audience in a variety of mediums. Scott was gracious enough to let me ask some burning questions of the grappling master.

What makes a kid in Kansas City start studying Judo? For Scott, it all started on Saturday mornings. "When I was a kid, I loved professional wrestling. I grew up in the '50s when pro wrestling was pretty much a mainstay of black and white TV in American culture." While watching wrestling provided an inspiring spectacle it was Scott's environment that provided the real impetus, Scott tells, "I never backed down from a fight. I would come home bloody or bruised, but I'd always give them a fight even though I lost it. My Dad said, I got to take you somewhere, you got to learn how to fight."

Initially, trying out both Karate and Judo it was Judo that was the clear winner for Scott, "My dad said, Let's do Judo and Karate. I fell in love with Judo. It was like meeting the perfect woman. A lot of it had to do with my first instructor Jerry Swett." At the age of 12, Scott had made a decision that would dominate and shape the rest of his life.

The Student Becomes the Teacher

As a young and dedicated student, Scott put in the work that would pay dividends later. Scott describes a typical day and week in the life of the fledgling Judoka "I'd come home from school, do a really lousy job on my homework, get that out of the way, and then head off to Judo practice for two and half hours that night. Every Saturday was either a practice or a Judo tournament somewhere. I was on the mat for 5 or 6 days a week for my entire teenage years."

Being a regular fixture in the dojo, Scott became the logical choice for his Sensei to choose and depend on when he needed help teaching. In time, his teacher noticed that Scott was more than competent as a helper. After watching him and noticing his abilities he pulled Scott aside, "He said, you have a god-given gift. You know how to talk to people and make it understandable to them. That's what you should do in Judo. You should be a teacher." The moment was a turning point in his Judo career, "From then on, I made an effort to teach."

Although Scott had an affinity for teaching, he quickly learned that teaching required more than just being able to do something well, "I learned that if I want to teach I got to know what I'm talking about." Scott began investigating the world beyond his home dojo for information and ultimately started with the first book that would become the cornerstone of his now extensive Judo library. "The first book I bought was by Gene LeBell, The Handbook of Judo. I'd come in with new things that I saw Gene LeBell doing, and Sensei would say, "Where'd you learn that?" Some teachers may have been unappreciative of outside ideas, but the Sensei was not critical of the unfamiliar teachings. Instead, he embraced Scott's enthusiasm and resourcefulness "He encouraged me to read and to study."

Scott's quest for knowledge, and to be the best he can be, led him to add a variety of arts to his arsenal including Jujitsu, Aikido, and a healthy dose of Russian Sambo. Scott instills his cross-training philosophy in his students, as he points out, "I encourage my guys to cross-train. Cross-training doesn't mean you stop doing what you're doing, quit it, and do something else. No, it means you go do something else and add it to your base of knowledge. I encourage all my guys to cross-train with different martial arts and disciplines."

Books, Social Media, and the Future

To look at Scott's accomplishments you would think that he had done enough both in the arts of Judo, Jujitsu, and Sambo and in competition as a competitor and coach to satisfy anyone, but he has a whole other list of achievements as an educator. Scott has filled many pages and pixels with quality grappling instruction that will more than stand the test of time. Whether on his YouTube channel for Welcome Mat Judo or his list of over 17 book titles, it is clear that Scott embraced his destiny and became an excellent teacher.

Scott's latest book, The Judo Advantage, is an incredibly thorough, easy-to-understand, and unique book on grappling movement and concepts. It is enough to make you wonder if somewhere in America, or somewhere else in the world, there is another twelve-year-old kid that just got into Judo and is becoming inspired as they thumb through one of Scott's books for the very first time.

After all these years, has Scott's knowledge and enthusiasm plateaued? He stated unequivocally, "Even after doing it after 50 some odd years I'm always learning stuff." Will he ever stop? "I'm going to do this until I drop."

Check out Steve Scott through the following links: