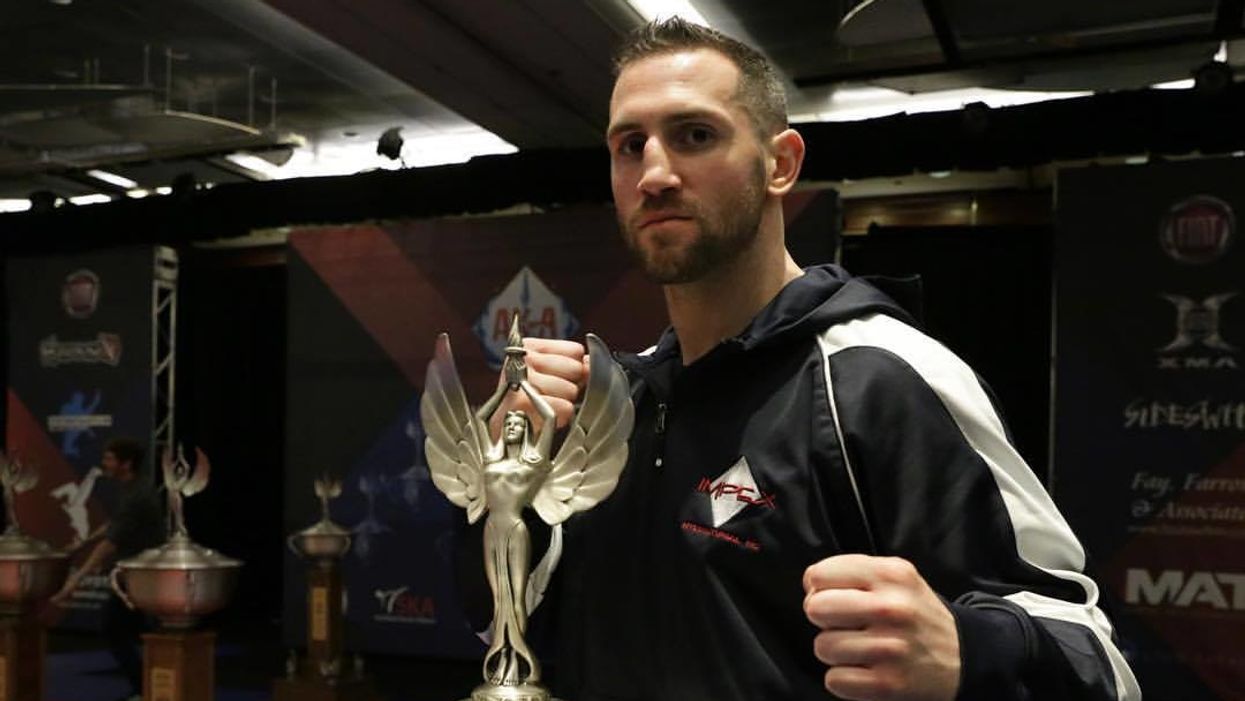 Turn the clock back nearly two decades to 2003 and enjoy this bo performance by Ross Levine.

This is the eighth installment of a series that features old school sport karate videos to keep the history of the sport alive. Most sport karate fans know Ross Levine for his accomplishments as a point fighter. His illustrious career as a fighter has elevated his status to that of the all-time greats and he is revered for his fight IQ, deadly defensive side kick, and loyalty to those who helped him achieve such a level. Even if you aren't familiar with sport karate, you may know Levine from his budding full-contact career with Glory Kickboxing. He is undefeated as a professional kickboxer who scored Glory's 2019 Knockout of the Year with a spectacular head kick.

However, Levine was also a very influential bo staff competitor and many do not give him enough credit for his accomplishments as a weapons practitioner. His most impressive record is probably his all-time best 9 Warrior Cups from the American Karate Association's legendary event in Chicago, but did you know that Levine is also one of the few (if not the only) competitors to win a fighting and weapons Warrior Cup on the same evening? In fact, Levine has won all of sport karate's three most prestigious events, the Warrior Cup, U.S. Open, and Diamond Nationals, at least one time each with his bo staff routines. This is a feat that only elite weapons competitors have accomplished, and it is a testament to his greatness as a fighter that most recognize Levine for his sparring prowess.

Today, we reflect on one particular performance of Levine's from the 2003 Diamond Nationals. In my opinion, what cemented Levine's legacy as an all-time great weapons competitor was not the titles that he won, but the techniques that he executed en route to those championships. In this performance alone we see multiple innovative techniques performed almost flawlessly. He speeds through an opening trick combo beginning at 0:29 in which he does a behind the back catch, vertical palm spin, and shoulder-neck roll or "sunset" in rapid succession. Keep in mind that the first releases ever seen in competition had only been popular since the mid to late 1990's, so Levine performing these tricks in combination with a behind the back release was almost unheard of at the time.

As the form progresses, we see a variety of striking techniques followed by another trick combination. This time, he performs his and his weapons coach Nate Andrade's signature "Straight Jacket" trick that was made famous by their legendary synchronized form "Tall Guys with Sticks" before spinning into a gainer while holding the bo in his mouth. The crowd is so caught up in the gainer that they don't even give the next combo the respect that it deserves. The last major bo tricks of the form include the "Fantail", a behind the back palm spin that remained popular for over a decade after this routine, and a "Starry Night", an upgraded version of the shoulder-neck roll done earlier in the form that is rarely attempted in competition. Watch these incredible techniques executed for yourself in the video below:

This form is well ahead of its time in terms of the difficulty and level of execution of the tricks that Levine pulled off. He and Nate Andrade have had a significant lasting impact on the evolution of competitive bo staff. Even though the current era has seen a shift towards more release techniques and less body rolls to increase the speed of the routines, the body rolls that are still seen in competition were engineered almost exclusively by the likes of Andrade and his pupil/training partner, Levine.

If you enjoyed learning about Ross Levine's impressive weapons career, click here to read our last piece about a historic point fighting bout between Tony Young and the late, great Steve "Nasty" Anderson.

This video is courtesy of SportMartialArts.com via Old School Karate on Youtube, thank you for preserving the history of sport karate.