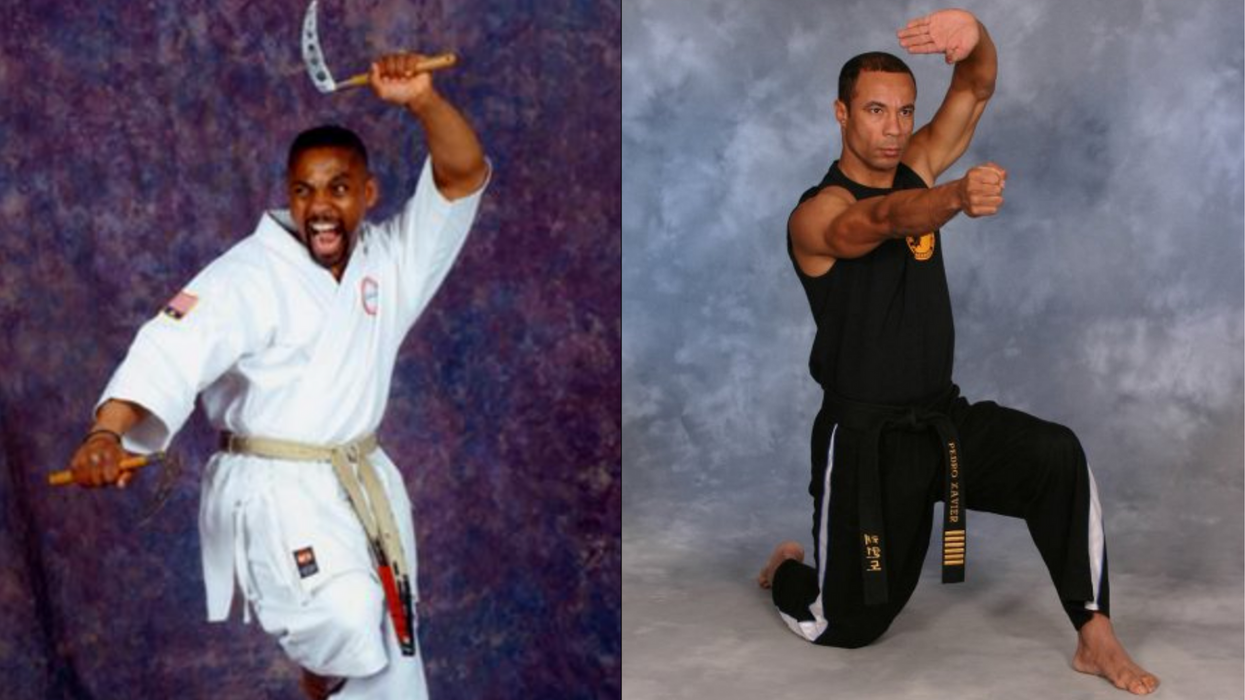 Kick it back to the 1992 U.S. Capitol Classics in Washington D.C., where a clash of sport karate legends ensued between Kevin Thompson and Pedro Xavier.

This is the fifth edition of a weekly series that features old school sport karate videos to keep the history of the sport alive. This time, instead of highlighting a single competitor and their performance, we are reflecting on a point fighting match between Kevin Thompson and Pedro Xavier, two of the greatest to ever live.

The late Kevin Thompson was originally inducted into the Black Belt Magazine Hall of Fame in 1989 as the Competitor of the Year, and would later be inducted a second time as the Man of the Year in 2015. He is widely regarded as the greatest all-around sport karate competitor of all time for his ability to win forms, weapons, and fighting grand championships over the span of four decades. Shortly after his retirement in 2012, Thompson was diagnosed with Amyotrophic Lateral Sclerosis (Lou Gehrig's Disease), a neurodegenerative disease that causes muscle degradation. He battled the disease fiercely for eight years and became an excellent advocate for ALS awareness and research before passing away in January of 2020. Before his death, Thompson was named the eternal captain of Team Paul Mitchell Karate, the most prestigious team in the sport, and his legacy continues to inspire martial artists around the world.

Pedro Xavier is another historic member of Team Paul Mitchell Karate who originally trained at the legendary Boston Tae Kwon Do Academy, where he is the owner and master instructor today. He is known as one of the greatest kickers in sport karate history and his overall fighting skills and accomplishments earn him a place on almost anyone's Mount Rushmore of point fighters. He won the WAKO lightweight sparring world championship on three occasions (1991, 1993, 1995) and was inducted into the Ocean State Grand Nationals Hall of Fame in 1995. Xavier is also known for his role on WMAC Masters as The Axeman, aptly named after his signature axe kicks like the one seen scoring two points at the 1:45 mark of this video.

This fight is one of my favorite classic matches on YouTube. Thompson's incredible defense, patience, movement, and hand speed is on display early in the match. Meanwhile, Xavier demonstrates his elite kicking arsenal while trying to find his range for the fight. As the bout intensifies, we see Thompson's competitive spirit get the best of him with some late hits, but that is immediately followed by mutual respect between the competitors as they hug it out. Towards the end of the match, Xavier swings the momentum in his favor with the beautiful aforementioned rear-legged, inside axe kick. Xavier lifts his hands to the air in relief after being declared the winner and Thompson, the ultimate sportsman, is seen lifting his hand for a high five as the video cuts to an end. Today, it doesn't matter who won or lost this match, because it is a treasured piece of sport karate history that displays the talents of two martial arts legends.

If you enjoyed this edition of Sport Karate Throwback Thursdays, click here to read last week's piece about Michael Bernardo.

This video is courtesy of Kersey Kickbox Fitness Club, thank you for preserving the history of sport karate.