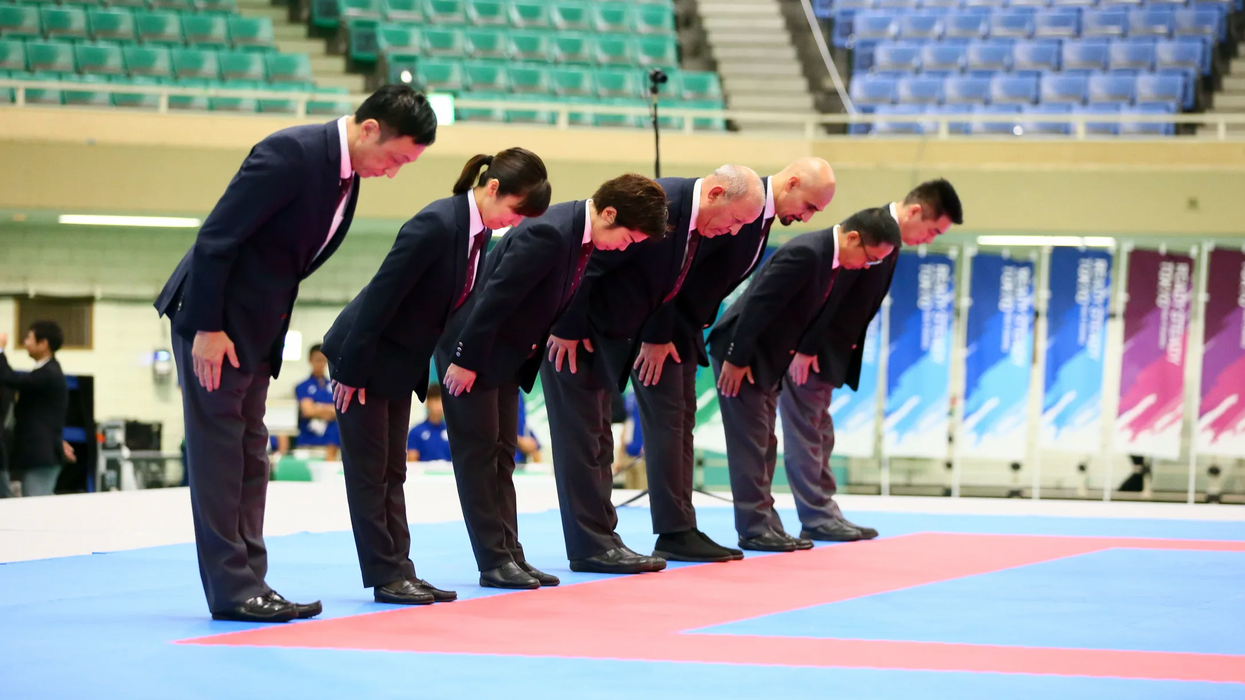 First off let me start with what an honor it is to be able to share my opinions and experiences for such a prestigious magazine such as Black Belt.

I wanted to take a minute to officially introduce myself to those of you that are the readers. My name is David Clifton and I have been involved in martial arts for over 35 years. I have owned and operated American Sport Karate Centers in Kansas City for 25 years now and we have competed on many of the sport karate circuits both nationally and internationally for many of those years.

The main goal of these articles (Clifton's Corner) will be to try to relay my opinion and experiences not only from a sport karate official's side of things but also from a school owner, coach, and promoter's side. I expect these articles to invoke discussion among martial artists that helps raise the level of professionalism in our industry. As with any discussion, I am always open to differing opinions and don't expect everyone to agree with everything I say or have an opinion on. My opinions, both right and wrong, are based on my experiences in the industry over many decades. I hope that you the reader find the articles thought provoking and help bring us all closer together as martial artists in the industry. Please feel free to reach out to me with any questions or if you have suggestions for future topics you would like to see discussed at dclifton@askc.us.

As one of the few referees that travels not only in this country but also internationally, I can say that I have seen and experienced almost everything at sport karate tournaments. I often tell my students before tournaments that there are going to be days that they should have won but won't; and there will be days that they should have lost, and they will win. Hopefully, those situations will balance themselves out over their martial arts career. What probably bothers me the most is the lack of professionalism in most karate circuits today. This includes all tournament circuits from traditional to open. Some do have it better in certain areas than others, such as traditional circuits that require a test or certain levels of experience before you are allowed to judge or be a center official. That is not to say that traditional circuits don't have their problems also. I have been to many traditional Tae Kwon Do tournaments where they run two forms at once with the judges having to watch both forms simultaneously and then scoring them. Last time I checked, both competitors had paid full price to compete so why do they only get half of the judge's attention? The open circuits don't have it much better here most of the time.

I have watched judges on their cell phones while people are competing in front of them and have even had to have people removed from my ring because they were still too drunk from the night before at the hotel bar. Competitors today have many choices when it comes to circuits to compete on and they should be demanding better service from their promoters and officials. First let's start with a dress code. The local Pro-am/ Naska Midwest circuit that I am a part of uses red polo shirts that judges are required to wear. When is the last time you have watched a NFL, NBA, or MLB game that you couldn't pick out the officials immediately? We started using the shirts so we could have the best officials in place without everybody looking to see who was the highest rank in the ring. I know many 1st and 2nd Degree black belts that are better officials than some 7th and 8th degrees that haven't been on a tournament floor in twenty years.

The second and probably the most important issue that needs addressed is training. Here many of the leagues do a reasonable job but more is needed if we are going to grow as a sport. Many leagues and organizations are starting to have mandatory testing for their officials as well as mandatory training before their World Championships. These are not the typical ten minutes before the tournament meetings. The NBL, which I was a part of for many years, used to have a two-hour meeting every morning before competition to go over rules for the divisions of that day. WAKO(World Association of Kickboxing Organizations) has a 2 to 3 hour meeting before the tournament starts and a short twenty minute meeting before each day's competition. While you still need officials that will implement the rules of the league and be fair and impartial, it is a far cry from my competition days when you showed up to the tournament and decided on what rules you were going to use that day.

Finally, we should try to use more professionalism as a sport. As a promoter I get complaints about judges all of the time and I can usually chalk it up to a judgment call of some sort. The one thing that irritates me the most and drives students away from competing is when a judge is unprofessional in either their actions or words. The uncaring actions of most judges who don't want to be there or would rather be watching the black belt fighting in the other ring comes across to the students that are in front of them. As a group we need to take pride in what we do and the trust that the promoter has put in us. I tell people all of the time that judging is one of the most difficult jobs of any sport. We sacrifice our time and very rarely are appreciated for our efforts. We are usually the last person on a promoters list of people they need to make things run. Ask many of the national promoters and they will also tell you that having a good caring official in each ring makes the tournament run smoother and cuts their headaches in half.