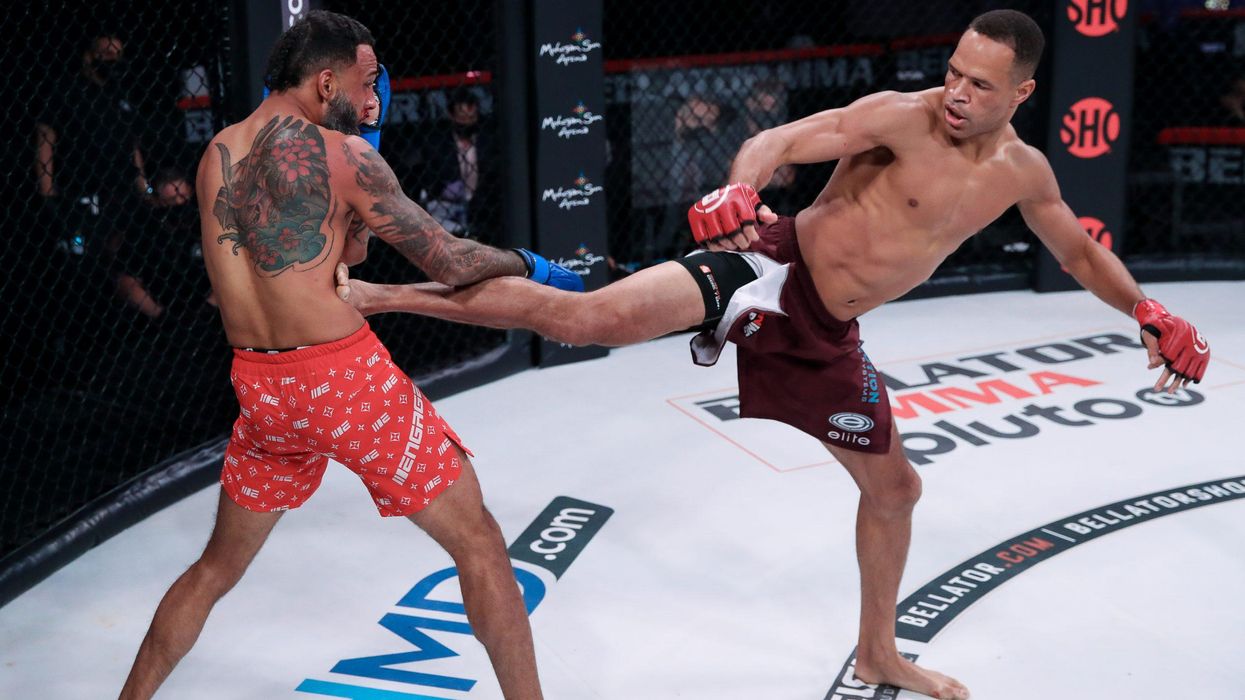 For years practitioners have sought out the style of martial arts for what works best in all situations.

In the early days of MMA the Gracie's and BJJ reigned supreme and by most accounts was the dominant style when it came to combat. Since that time MMA has gone through phases where we have seen wrestling and kickboxing also have their dominate champions. I think that most practitioners will now tell you that a mixture of both standing and ground skills are needed to be successful in the cage as well as on the street. But, what if I told you that there is a lesser known combat style that gives you the advantages of lighting quick strikes and has been the base for a number of successful MMA fighters over the years.

Point fighting is the style that some MMA fighters are starting to embrace because of the range and angles it teaches as part of its sparring strategies. Consider the list of fighters that have come from a point fighting or traditional karate background over the past few years. Stephen "Wonderboy" Thompson, Lyoto Machida, Michael "Venom" Page, Sage and Colbey Northcutt Daniels, and one of the most successful point fighters of all time, Raymond Daniels all have seen success in point fighting as well as full contact. Some gyms have even started to bring in current point fighting champions like Richard "Avery" Plowden to help mimic the style of some of these fighters that they are facing. Even the Wako USA nationals had a huge influx in MMA gyms and fighters that came to compete this year in Light Contact. Andy Zerger, who himself is a former point fighter and owns JMTK, an MMA gym in Wichita, Kansas tries to introduce point fighting strategies into their Muay Thai training on a semi regular basis to help with movement, angles, and straight-line speed.

So why should you consider point fighting a valuable tool in your fighting arsenal? I believe that the sport of point fighting teaches you to use distance and angles to your advantage better than many other striking arts. Point fighting is built on the notion of hitting first from range in a blitzing manner. The quick movements of blitzing in and out of range and using lead leg and hand techniques to get on top of your opponent quickly give fighters an advantage by being able to deliver strikes further out and at different angles than most people are used to. In general, fights are usually won by the fighter that can control the distance and range better than their opponent. Controlling distance allows you to be able to dictate where you want the fight to take place and at a range that most people are completely uncomfortable with. Imagine a wrestler being used to dealing with shooting for a leg that is 12 to 18 inches from them and all of a sudden that opponent is now 3 feet away darting in and out and hitting them. Most sparring in gyms is done at boxing range where opponents can block and counter punch in close spaces with emphases being placed on bobbing and weaving. Many contend that point fighters don't hit hard, but if you watch any of Michael Page's fights or Raymond Daniels spinning attacks you will find a majority of their opponents wondering what happened after being knocked out.

The biggest advantages point fighters have lies in the extra range that allows them to set traps when their opponents over extend trying to get into a range they are comfortable with. These traps can take the form of counter punching when opponents over extend or defending takedowns from ranges that most grapplers are not used to seeing in training. This blitzing in and out style has been employed successfully most recently by the biggest star in the UFC, Conor McGregor. While McGregor isn't from a point fighting background he does employ a very similar style darting in and out of range delivering lighting fast strikes and defending shots to his legs with the extra range he employs.

So does this mean that point fighting is the end all and be all of self-protection? Of course not, it is an additional tool in your tool box no different than wrestling or BJJ. When thought of as a compliment to those styles of combat I believe it is worth taking a look at adding into someone's arsenal for both MMA and self-protection.