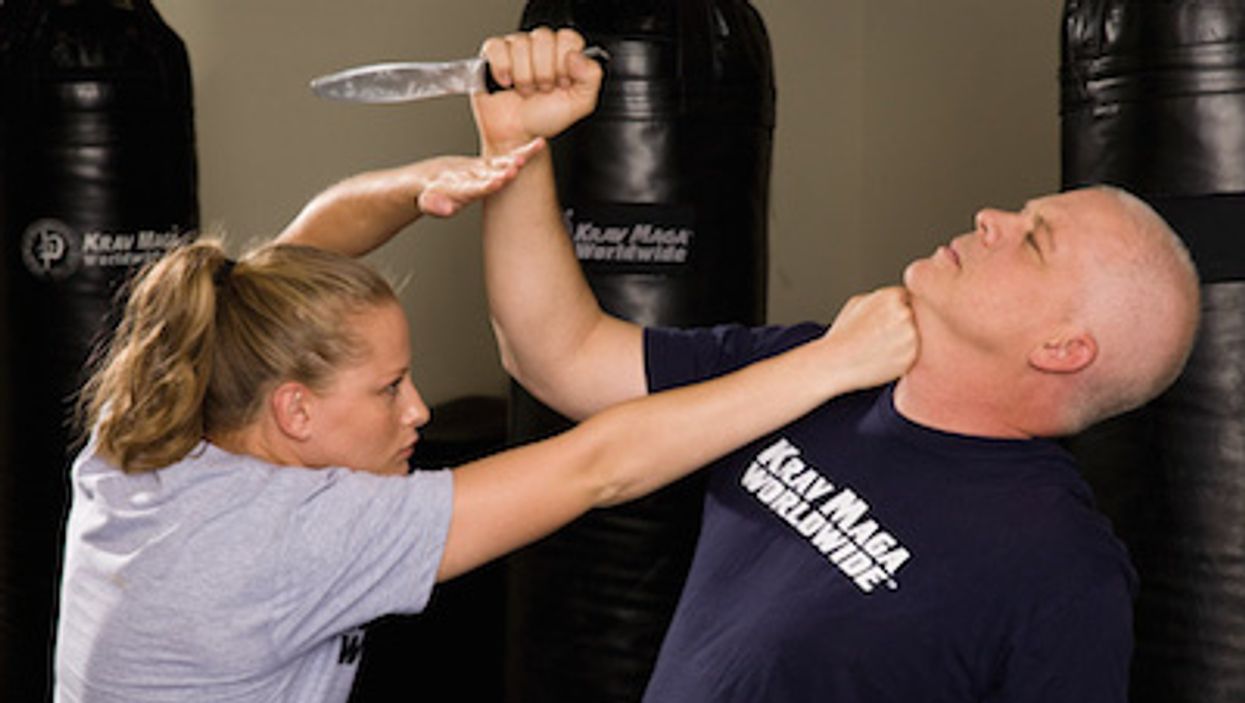 This martial artist tested the effectiveness of gun and knife defense, and what he learned will make you more proficient at stopping armed attacks!

If you think Split Second Survival, the brand of gun and knife defense being propagated by Larry Wick, is just another modern martial art or self-defense course, you couldn't be more off base. Wick, a veteran instructor and high-ranked tang soo do black belt, has a unique way of dealing with two of the most feared street weapons, and he's on a mission to share it with the world. The Fairbanks, Alaska-based instructor believes that most of what's being taught in blade- and firearm-defense courses is not just ineffective; it's fatally flawed.

“Split Second Survival is about looking at some of the ugliest possible situations and finding the most effective way out," Larry Wick says. “In most instances, people are unarmed, uneducated about real weapon defense and unprepared for multiple-attacker situations. Our focus is educating them on some of the options that will help them survive."

Wick is so passionate about his system that he's willing to go to extremes to prove its validity. For evidence, take a look at his Live Fire DVD. (Do Not Try What You See!) On the disc, Wick uses real guns with real ammo to illustrate the shortcomings of popular self-defense techniques.

In one instance, he fires a pistol next to, but not pointed at, a mannequin head to show the damage that can be caused by the blast that emanates from the muzzle of a firearm. In another demo, he tries a common defense that entails grabbing the slide of a semiautomatic handgun to stop it from cycling — and promptly slices open his own hand. “There are some things we can get away with in the wilderness that I wouldn't even think of doing anywhere else," he admits.

Are you ready to start your education in combatives self-defense for both empty-hand attacks and weapons attacks? Check out Kelly McCann's introductory course! Go here to sign up.

According to the animated Alaskan, eight tenets form the soul of Split Second Survival:

• Never focus on the weapon.

• Make sure any technique accounts for the possibility of multiple attackers.

• Avoid committing both hands to a move.

• Never use strength against strength.

• Don't intentionally go to the ground.

• Complete all techniques in one second or less.

My introduction to Split Second Survival starts with Larry Wick decked out in street clothes. “If your self-defense training only works when you're in a uniform, in bare feet, on a matted surface or in any other contrived situation, it's going to be a liability when your life is on the line," he tells me.

Wick then picks up a training knife and asks me to place it against his throat. To up the ante, he has me grab his jacket so I can press the blade into his flesh with more force. He challenges me to “cut" him as soon as I feel him try to attack, defend, escape or otherwise move.

The look on his face remains gentle — until he delivers the killing stroke. Faster than you can say “Split Second Survival," he cuts my wrist with my own blade, off-balances me and finishes me with a potentially lethal wound to the throat. It all goes down before I can mount a meaningful attack, with the knife or otherwise. I think, OK, it was a random fluke that won't happen again.

“Not convinced?" Larry Wick asks. “Let's try again." This time, he narrates his way through the same motions. Physically, there's a uniqueness in his system, and I'm beginning to feel it.

True to his tenets, Wick shoots his gaze from side to side as though he's searching for accomplices. His eyes aren't fixed on the threat — it's like he's looking right past me — but I know he's got the blade and everything else in his peripheral vision. He explains that if he locks his eyes on me or the weapon, I'll be able to sense what he's going to do by watching his line of sight change. He's right — I've used that same awareness in sparring.

Less-experienced martial artists often telegraph their moves by changing their focal point from one body part to another. That's why some coaches have their fighters look at their opponent's sternum, which keeps all four limbs in peripheral view. In one-on-one sparring, that works fine, but in a street fight, there's the X-factor of multiple opponents.

“You almost never know for sure if you're dealing with just one person or five people in a street fight," Larry Wick says. “So your eyes have to be constantly taking in information about your surroundings without looking anxious. You can't do that if you're staring at the assailant's chest or eyes. If you're dealing with multiple assailants, the guy closest to you is only one of many, so your brain needs to be able to take in information on all of them, or at least as many as possible."

Wick looks relaxed, and his eyes aren't focused on me or the blade. It's as if he's casually looking through a store to see if anything catches his interest.

He's messing with my mind, distorting my perception of what's going on. Like a sleight-of-hand expert, Wick has set up everything so I don't react in time. His loose gaze is mentally disarming, his body is relaxed and his movements are almost completely counter to what you'd expect in a situation like this. Everything in Split Second Survival seems to fit a dual purpose. Not only are there physics-based and strategic rationales for doing what he's doing but psychological and neurological reasons, as well. This is clearly high-level stuff.

None of his motions are jerky, and it's difficult to perceive any muscular tension. For someone without tactile-sensitivity training, picking up on his movements and reacting in time to cut him or shoot him is next to impossible. Every touch, every movement in Split Second Survival is designed to elicit minimal response from the opponent. Few if any moves rely on speed or strength.

“If I have to be athletic, strong or fast to pull off this stuff, that severely limits the audience to which this body of knowledge applies," Larry Wick says. “On top of that, if I am able to move in that fashion, what sort of response will those movements get from an attacker? You'll actually improve his performance by heightening his awareness and causing him to focus more intently on killing you."

Wick prepares to demonstrate how the softness and continuity of his motions don't set off that little red warning light in my brain. From the same my-knife-to-his-throat starting point, he executes a similar escape but in a tense, jerky fashion that's like what you'd expect from other self-defense systems. The alarms in my head sound, and I cut his throat and wrist with ease. The next time, he goes soft, and his movements are over and done with before my brain has a chance to respond. Had it been a real knife, I'd be bleeding everywhere.

“If I try to jerk the blade away, slap your arm away or do anything remotely fast, what's your reaction going to be?" Larry Wick asks. “You go faster, track better and get more amped up. If I move with tension and jerkiness, it escalates the situation.

“Now, what if I'm so relaxed and moving with so little muscular force that you can barely perceive that I'm moving? You're going to react more slowly because my movement isn't registering as a threat until it's already over. That's why we use the two-finger grip and a relaxed hand."

The Split Second Survival two-finger grip ties into Larry Wick's soft-touch methodology. It employs the fourth and fifth fingers as the primary contact points. “By using the two weakest fingers in the hand, you minimize the use of strength against the attacker," he claims. That tends to reduce the advance notice. Coupled with a relaxed or detached expression, it keeps the attacker from discerning your intentions.

When Wick demonstrates again, I pay close attention to the quality of his movement and his touch. The muscles in his hand are relaxed to the point of real softness. He doesn't have any tension in the two fingers that hold my wrist. They're merely a means of making a connection and of sensing and guiding my motion. It's eerie. By the time I realize the grizzled Alaskan is moving, he's once again cut my wrist, disarmed me and run the training blade across my carotid.

Dr. Mark Cheng is a traditional Chinese-medicine physician and martial arts researcher based in Southern California. Visit his website here.