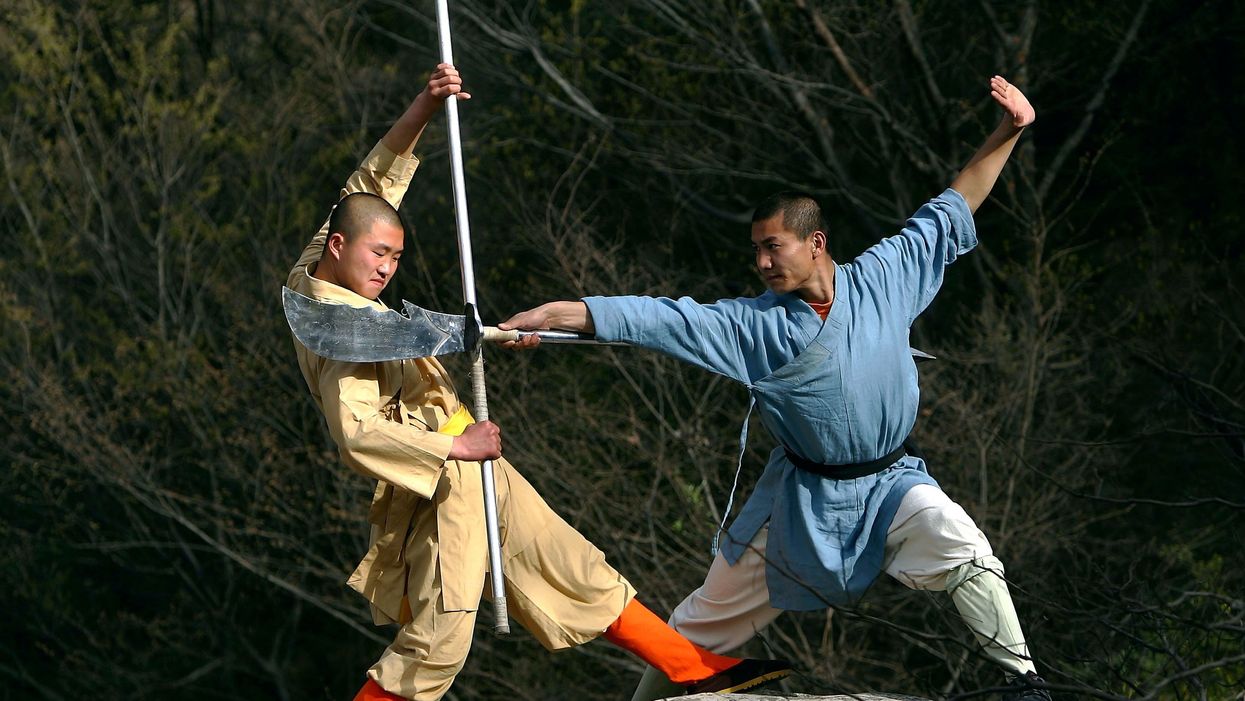 Get ready for a short martial arts history lesson that encompasses China, Okinawa, the Southern Shaolin Temple and, just possibly, the style of self-defense you practice!

In the latter part of the 19th century, when the Ming revolutionaries were still active and many secret societies had been formed, an Okinawan named Kanryo Higashionna (1853-1915) arrived in Fuzhou. He eventually found a martial arts teacher named Ryuryuko (Chinese: Xie Zhongxiang, 1852-1930), who taught at his house and claimed to have studied at a temple in the Fujian mountains. After spending a number of years in China, Higashionna returned to Okinawa and founded the naha-te tradition.

Building on his teachings, Chojun Miyagi (1888-1953) established goju-ryu and introduced the Okinawan practice of using closed fists when performing the sanchin kata. He also made several trips to China after Higashionna's death to further his study of the Chinese arts and to find Ryuryuko. Miyagi supposedly located Ryuryuko's grave, but many of the notes he took during his trips were lost as a result of World War II.

The other martial art practiced in Okinawa was shuri-te, which means “hands of Shuri." Today, it's called shorin-ryu, or “Shaolin style." Some Okinawan authorities claim it's a combination of the northern and southern styles, which is why it looks unique and has a different set of forms. That doesn't seem likely, however, because most of Okinawa's contact with China was through Fujian province.

Naha-te was more influenced by the southern Shaolin style, and shuri-te is a combination of the original Okinawa-te and the southern Shaolin tradition. Their seafaring adventures and maritime trade gave Okinawan sailors plenty of opportunity to bring back kicking methods from Thailand, which may have influenced their own kicks and strikes long ago.

Keeping in mind that Okinawa and the Ryukyu Islands have had contact with many other Asian countries, it's safe to say that shuri-te is a more eclectic Okinawan karate style and a composite martial art with a long history.

Matsumura Soken (1809-1898) is considered a pioneer of the Okinawan martial arts. However, many generations before him, the arts were influenced by Chinese immigrants known as the Saposhi. Ming-dynasty officials sent 36 families to Okinawa to help with the island's development and relations with China. They taught the martial arts to the Okinawans as early as 1393 in a Chinese settlement called Kumemura, but how extensive the blending of Okinawan and Chinese martial arts actually was is unknown.

Other teachers of karate in Okinawa preceded him, but Matsumura is widely regarded the organizer of the kata system and the nomenclature of modern karate. As the king's bodyguard and royal envoy, he traveled to Fuzhou several times, and it's believed that he studied at or at least visited one of the Shaolin Temples in Fujian.

What's most interesting is that Matsumura brought a Shaolin white-crane master named Iwah back with him to Okinawa in the 1860s. Together, they taught the art to many locals.

Mural from the Northern Shaolin Temple in Henan (Photo by Robert W. Young)

To truly know Okinawan karate, you must understand the roots of the martial arts of southern China, and their migration to Okinawa and the Ryukyu islands. Okinawa was a satellite or vassal nation of China for more than 300 years, and that close geopolitical and cultural relationship led to the migration of the southern Shaolin style that so strongly influenced the Okinawan martial arts. That relationship and the findings presented so far will be further discussed in the next installment of this series.