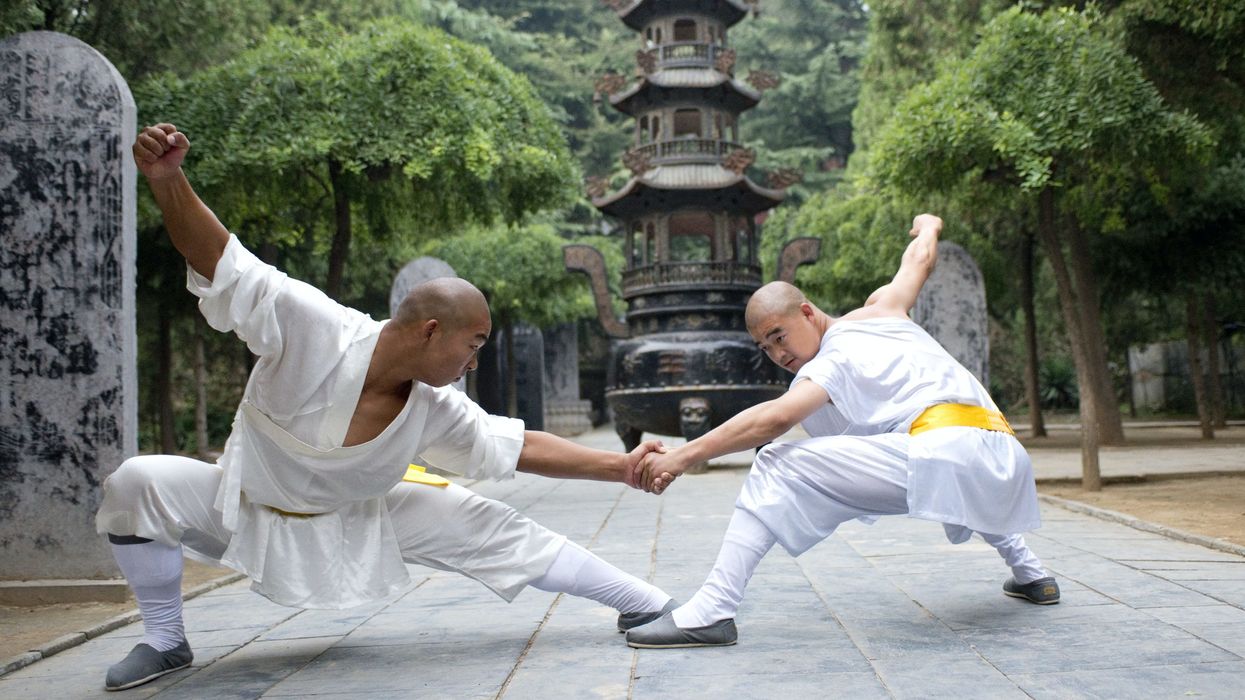 Embark on a search for the Southern Shaolin Temple and find out how the self-defense art practiced there went on to influence the development of Okinawan karate.

Shaolin Temple is regarded as the birthplace of many Asian martial arts, but how did it influence the development of modern karate?

Before delving into that question, it's important to first state that two Shaolin Temples existed: a northern temple and a southern temple. The northern one is most often heard about and has even become a tourist attraction. The southern one, however, is less well-known even though it had the greatest influence on the development of karate.

The folklore of various southern Chinese arts points to the southern temple's existence, but until recently there was little in the way of hard facts. Consequently, when John Graham, a Mobile, Alabama-based kung fu master recognized by the International Southern Shaolin Wushu Federation, invited me to accompany him to China on a fact-finding tour, I jumped at the opportunity.

The adventure began before the actual journey started. Researching the legend of the Southern Shaolin Temple and sifting through facts and legends were just the beginning.

I learned that during the waning years of the Ming dynasty (1368-1644), China experienced economic decline. In 1644 the Manchus invaded from the northeast, toppled the Ming and set up the Qing dynasty. As the Manchus pushed their way south, many Chinese fled in the same direction until they arrived in Guangzhou (formerly known as Canton) and Fuzhou.

The southern Shaolin style that developed there consists of 80-percent hand techniques and 20-percent kicking techniques. Another distinguishing feature is its emphasis on using the hands for thrusting and chopping. Most martial arts historians believe that the techniques of the southern Shaolin tradition were exported to Okinawa, where they influenced the development of karate.

The southern temple became a center for revolutionaries who sought to overthrow the Manchurian hegemony and preserve the last vestiges of the Ming dynasty. According to legend, the Qing emperor personally infiltrated the monastery under the pretense of learning the Shaolin arts, and that led to its demise because the Qing army was subsequently called in. More likely, the emperor was persuaded by Manchu officials to send in spies, and later an expeditionary force was dispatched against the monks.

In any case, the temple was burned, and only five monks survived. As a result, the Anti-Manchu Triad Society (the Hung League) was formed, and its battle cry was, “Overthrow the Qing and restore the Ming!" The monks were scattered throughout Asia, leading to the further proliferation of the Shaolin style.

The exact location of the temple, however, remained unknown. It's only because of research recently conducted by several groups, including the Fujian Province Archeologists Association, that the mystery has been solved.

The tiger was an inspirational animal for martial monks at the Northern and Southern Shaolin Temples. Monk Wang Bo, from the northern temple, demonstrates. (Photo by Peter Lueders)

A style called wuzuquan, or five-ancestor fist, was developed by a master named Bai Yi Feng during the Yuan dynasty (1260-1368). It originated when Bai invited a number of masters, all of whom had graduated from Shaolin, back to the temple to display their skills. Of those invited, five were deemed to have the highest proficiency, and Bai combined their best moves into one style. It eventually became popular in Fujian even though it originated in the north. Strong arm movements, elaborate hand techniques, low-level kicking and solid stances characterize wuzuquan.

Another distinguishing feature is a form known as sam chien (Japanese: sanchin). The name means “three battles" or “three conflicts," and they're often equated with the unification of body, mind and spirit. The same form can be seen in the Okinawan styles of goju-ryu and ryuei-ryu, as well as in many Japanese arts.

Wuzuquan is still practiced by the International Nan Shaolin Wuzu Federation in Fujian. A master named Lin Xian taught it to Chee Kim Thong (1919-2001) of Putien, and he passed it on to the current generation. The modern incarnation consists of basics, two-man prearranged sparring sets and set sparring (spontaneous-reaction sparring). Witnessing a performance of the style leaves no doubt that it's the grandfather of Okinawan naha-te karate.