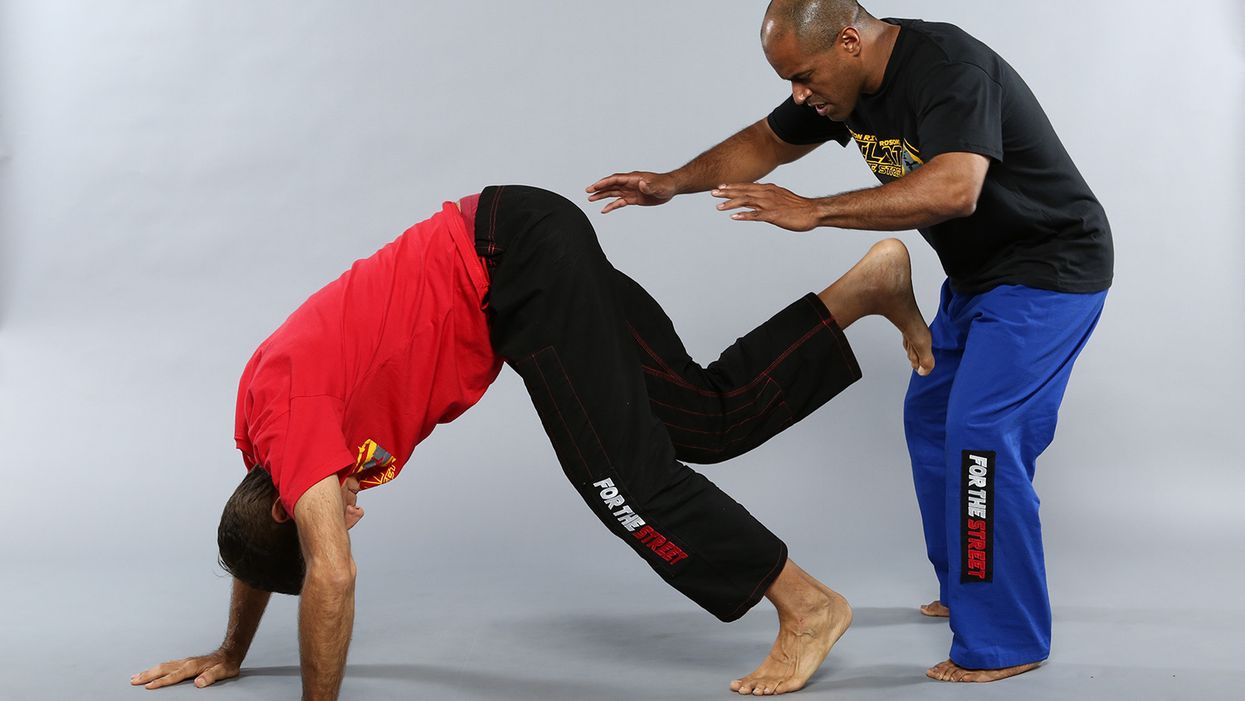 Roughly speaking, silat means "skill for fighting." There are hundreds of styles of silat, most of which are found in Indonesia, Malaysia, Singapore, southern Thailand and the southern Philippines. Common to all these styles is a combat-oriented ideology and the use of weaponry.

In Indonesia, there are numerous forms of pencak silat (also spelled pentjak silat), as well as many kinds of kuntao, a type of Chinese boxing that bears many similarities to silat and is found primarily within Chinese communities in Indonesia. There are also many systems that blend pencak silat and kuntao.

Silat techniques vary greatly, from the low ground-fighting postures of harimau (tiger) silat to the high-flying throws of madi silat. One particularly vicious madi throw involves controlling your opponent's head, leaping into the air and using your bodyweight to yank him off his feet as your knee slams into his spine.

Learn silat in your own home! Let Black Belt Hall of Famer Burton Richardson guide you.

A typical harimau takedown entails coming in low against an opponent's punch, capturing his foot with your foot, and forcing his knee outward with a strike or grab to effect the takedown.

Rikeson silat focuses primarily on nerve strikes, while cipecut silat makes extensive use of the practitioner's sarong for throwing and controlling the opponent.

A rikeson stylist might take an opponent down with a finger-thrust attack to the nerves situated in the crease between the upper leg and torso.

A cipecut practitioner might deflect an attack with his sarong, then wrap it around the opponent's head, using the improved leverage to yank him to the ground.