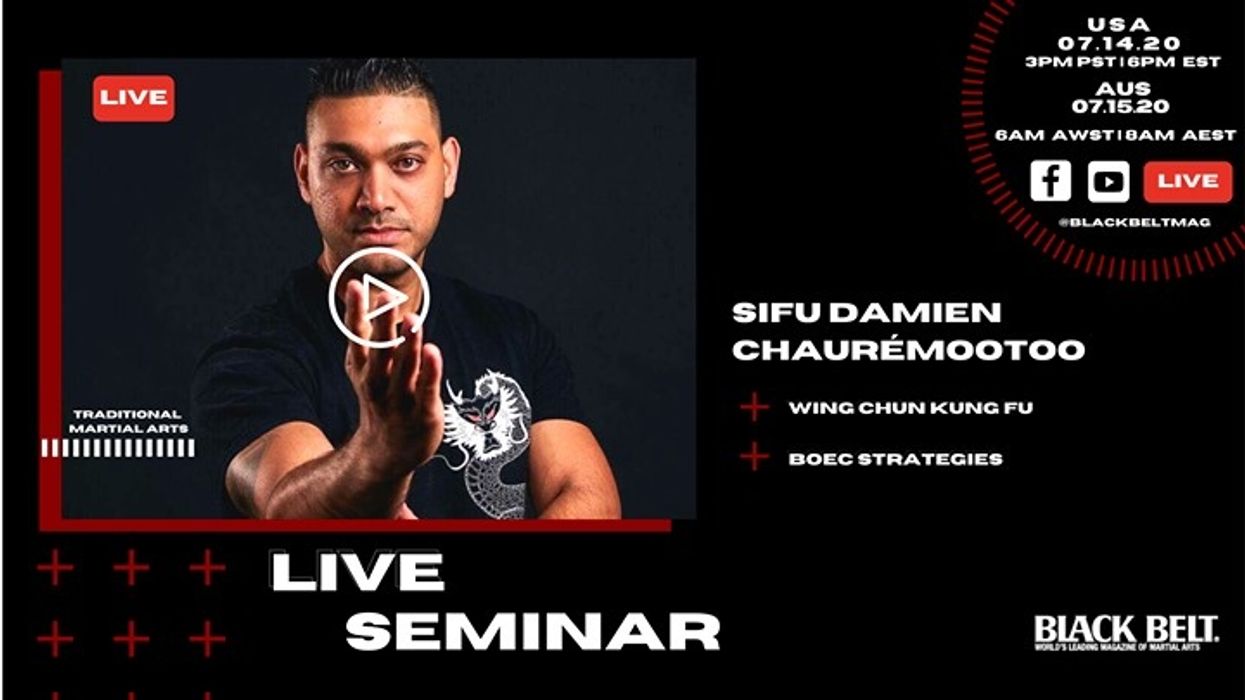 The name of Louis Damien Chauremootoo is engraved on a commemorative plaque in the province of Henan, China. Erected on the occasion of the great return of Wing Chun to the Shaolin Temple. This sculpture also includes the names of Robert Downey Jr. and William Cheung, Grand Master of the traditional Wing Chun and direct disciple of the legendary Ip Man. It was under the tutelage of Grand Master William Cheung that Louis Damien Chauremootoo perfected his mastery of Wing Chun Kung-Fu and became an instructor.

Louis Damien Chauremootoo, a native of the Republic of Mauritius, a small island in the Indian Ocean, was a student of Sensei Alain Uppiah, Sensei Kooram Venkamah and Judex Jeannot, who passed on to him the knowledge of karate, aikido and kick boxing. At age nine Louis's passion for martial arts became infectious as he began watching films of the great Bruce Lee, Jean-Claude Van Damme and Steven Seagal, which his father gifted him. Since then, he has continued to cultivate this passion and dedication ingrained in him.

As an international lecturer, Louis Damien Chauremootoo for fills his passion to share his knowledge with martial artists and civilians to help to perfect their skill and awareness on a global stage. One of Louis's great loves is to encourage people to realize their dreams and arm them with the skill and belief to accomplish them.