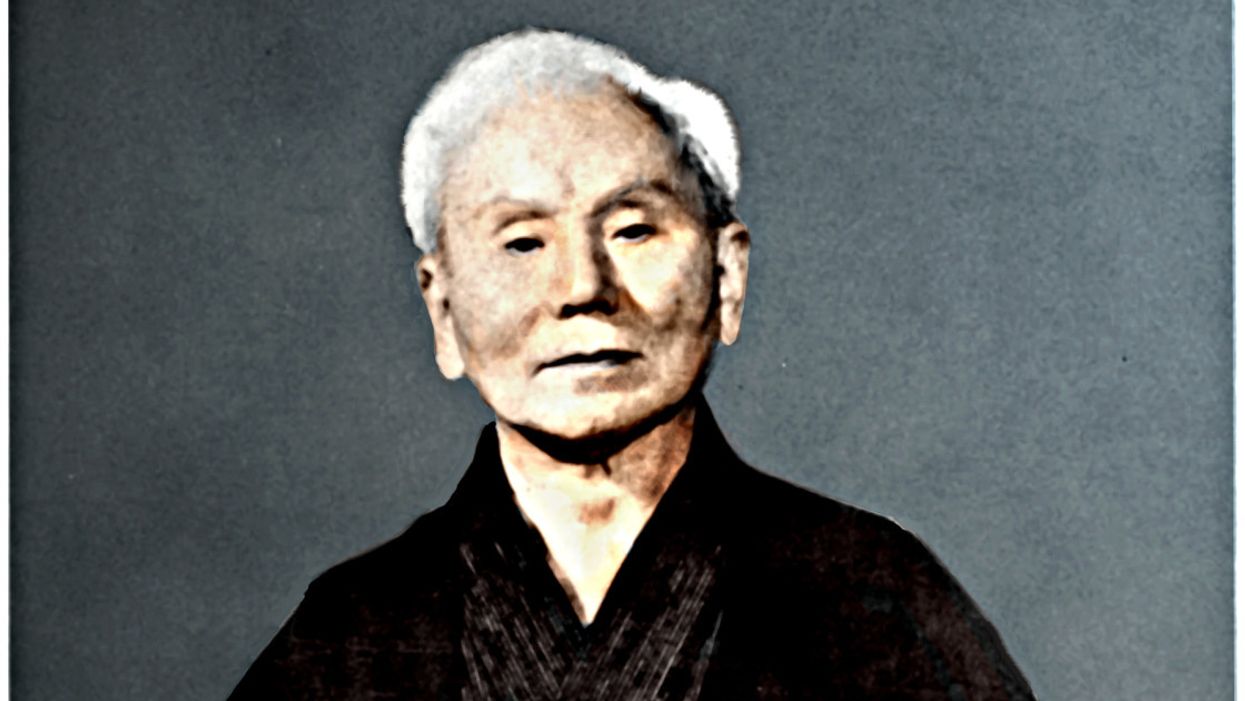 If there’s one man who can be credited with popularizing karate, it’s Gichin Funakoshi. This account by Richard Kim looks at how the shotokan founder went from sickly boy to respected master.

If there's one man who can be credited with popularizing karate, it's Gichin Funakoshi. Gichin Funakoshi was born in 1868 in Shuri, then the capital city of the island of Okinawa. He started practicing karate while in primary school but didn't begin his mission of spreading it to the outside world until he was 53. The story of Gichin Funakoshi's early years is similar to that of many greats in karate. He began as a sickly, weak boy whose parents took him to a karate master named Yasutsune Itosu for training. Because of a doctor's herbal remedies and Yasutsune Itosu's instruction, Gichin Funakoshi soon blossomed. He became a good karate student and developed physical expertise and a disciplined mind.

Standout Student Funakoshi gave the first public demonstration of karate in 1917 in Kyoto, Japan. When he moved to Japan five years later, he stayed with other Okinawans at a students' dormitory in Tokyo. He lived in a small room alongside the entrance and would clean the dormitory during the day when the students were in class. At night, he would teach them karate. After a short time, he'd earned sufficient money to open a dojo. Funakoshi started visiting the Shichi Tokudo, a barracks located on palace grounds, every other day to teach and was always accompanied by Hidenori Otsuka, one of his most brilliant students. In 1927 three senior students decided that the kata practice they had been focusing on was not enough. They introduced jiyu kumite (free fighting) in their training, so they created protective clothing and wore kendo masks to shield their faces against hard strikes. Funakoshi heard about these bouts and, when he could not discourage them — he considered them belittling to the art of karate — he stopped coming to the Shichi Tokudo.

Focus on Kata Funakoshi always believed kata was the secret to becoming skilled in karate. When he moved to Japan, he brought 16 kata with him: five pinan and three naihanchi, along with kushanku dai, kushanku sho, seisan, patsai, wanshu, chinto, jutte and jion. He made students practice the pinan and naihanchi forms for at least three years before he allowed them to progress to the more advanced kata. The repetitious training paid off, though, because his students developed the most precise, exact karate taught anywhere.

Although he was sincere about teaching the art, Funakoshi had his share of critics who scorned his emphasis on kata and decried what they believed was “soft" karate that wasted too much time. Funakoshi just kept making his students concentrate on their kata.

Funakoshi was always a humble man. He didn't preach the humility of virtue but a basic humility of a man who is rooted in the true perspective of things, full of life and awareness. He lived at peace with himself and with his fellow man.

Funakoshi was a man of Tao. He placed no emphasis on competitions, record breaking or championships. Instead, he emphasized self-perfection. He believed in the common decency and respect that one human being owes another. He was a master of masters.

Funakoshi died in 1957 at age 88, after humbly making a tremendous contribution to the art of karate.

This essay was excerpted from The Weaponless Warriors.

To learn about the history of shotokan from the perspective of Gichin Funakoshi student Osamu Ozawa, read this article.

To learn a shotokan karate fighting technique from Kyle Funakoshi, a relative of founder Gichin Funakoshi, watch this free video.