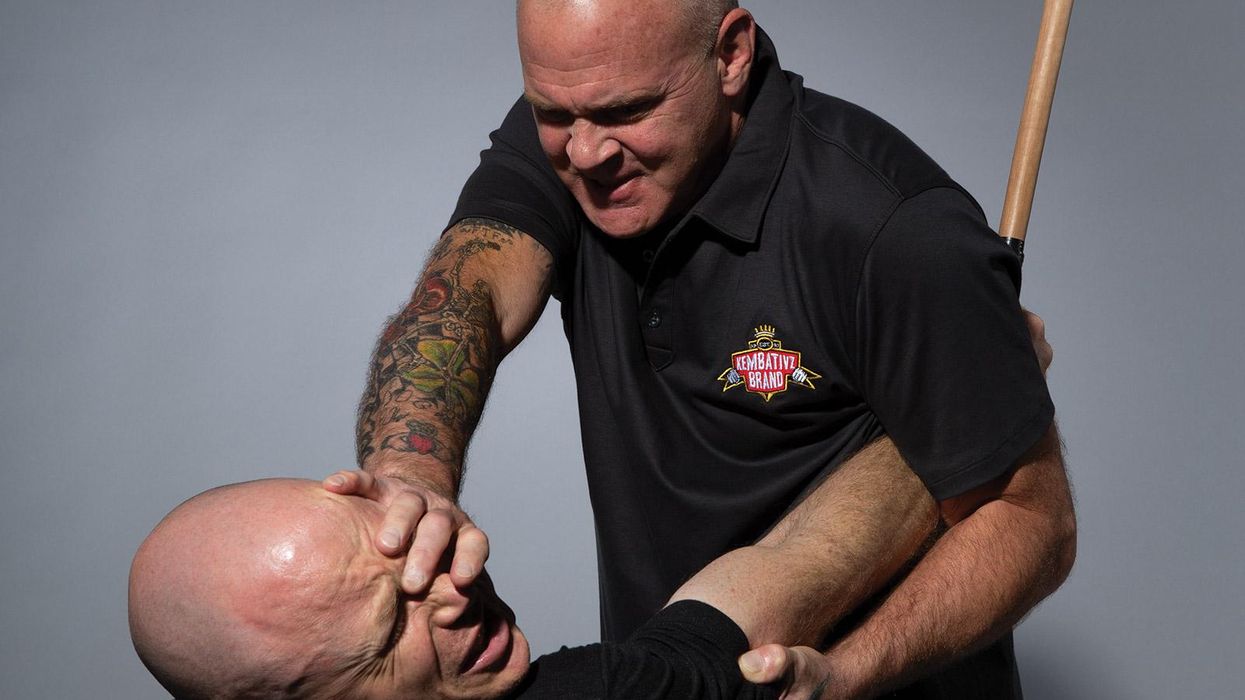 Just as any true martial artist should read Musashi's Book of Five Rings, any combatives practitioner should read the U.S. Marine Corps Field Manual 1 Warfighting. FM1 was written in the late 1980s at the Marine Air-Ground Task Force Warfighting Center in Quantico, Virginia, while I was assigned there to the Special Operations/Low-Intensity Conflict office as the counterterrorism/counternarcotics officer. A young captain named John Sullivan was a contemporary of mine and a project officer on the development of the manual. The book was written with direct input from the commandant of the Marine Corps, Gen. A.M. Gray. Through John, I had the opportunity to review it as a work in progress, and it left a lasting impression. Below are some of the most interesting corollaries.

FM 1: "It is critical to keep in mind that the enemy is not an inanimate object to be acted upon but an independent and animate force with its own objectives and plans."

Combatives Corollary: Train with an active partner and not someone who's robotic or remains fixed in place while you execute a technique. Never allow the use of staged pillar assaults to support your technique. Encourage your partner to move freely because your attacker will.

FM 1: "The object of war is to impose our will on our enemy."
Combatives Corollary: Ditto.

FM 1: "Friction is the force that makes the apparently easy so difficult."
Combatives Corollary: No technique works on the street as easily as it does in training.

FM 1: "Friction is the force that resists all action and saps energy."
Combatives Corollary: Fighting for your life saps your strength much more quickly than training or competing does.

FM 1: "Friction may be mental, as in indecision over a course of action."
Combatives Corollary: Don't learn too many alternative techniques because it will result in indecisiveness under duress and increase your reaction time. See Hick's law.

FM 1: "Friction may be self-induced, caused by such factors as lack of a clearly defined goal ... [or by an] unclear or complicated plan."
Combatives Corollary: Rely on your index position to trigger your commitment to attacking. Visualize your plan of action. Keep your techniques brutally simple.

FM 1: "While we should attempt to minimize self-induced friction, the greater requirement is to fight effectively despite the existence of friction. One essential means to overcome friction is the will; we prevail over friction through persistent strength of mind and spirit."
Combatives Corollary: Your sheer will to prevail is unequivocal and a core characteristic of combatives.

FM 1: "We can learn to fight effectively despite [uncertainty] by developing simple, flexible plans; planning for likely contingencies; and fostering initiative."
Combatives Corollary: Avoid complex or intricate techniques. Take the initiative when warranted and pre-emptively attack. Strike unexpectedly or in an unexpected way. If a technique fails, immediately branch and explode into another. As quickly as you recognize them, exploit new targets of opportunity.

FM 1: "One important source of uncertainty is a property known as nonlinearity ... minor incidents or actions can have decisive effects."

Combatives Corollary: An innocuous action taken early in a confrontation can completely change its outcome. Use pre-emption, incidental striking and your environment to give you the decisive advantage.

FM 1: "Risk is equally common to action or inaction."
Combatives Corollary: You must risk being hurt in order to hurt. As an attack gestates, you're at risk if you use violence and if you don't.

FM 1: "Part of uncertainty is the ungovernable element of chance. Chance is a universal characteristic of war and a continuous source of friction."
Combatives Corollary: You can do everything correctly and still lose if only by chance. Remember that your attacker may have the advantage and also lose. Since you can't account for chance, don't worry over it. Focus on influencing chance by creating your own advantages.

FM 1: "The constant potential for chance to influence outcomes in war, combined with the inability to prevent chance from impacting on plans and actions, creates psychological friction. ... However, we should remember that chance favors neither belligerent exclusively."
Combatives Corollary: Seek every advantage to prevail. Never fight fairly because there's no such thing. Never give an attacker a break. If you do, you may not live to regret it.

FM 1: "Since war is a fluid phenomenon, its conduct requires flexibility of thought."
Combatives Corollary: Rage with reason. Keep your wits about you in order to see and then exploit the fleeting opportunities discussed above. Stay flexible in the attack. Rely on your rapid-targeting thought process and quickly branch from one technique to another to overwhelm your attacker.

FM 1: "As the situation changes continuously, we are forced to improvise again and again until finally our actions have little, if any, resemblance to the original scheme."
Combatives Corollary: There's a saying in the military: "No operations order survives the first shot." Similarly, no kata survives the first punch. Faced with disorder, establish order with overwhelming ferocity. Once you have the momentum, stay on your toes and keep your attacker backing up on his heels. Ruthlessly and relentlessly close with and finish him.

FM 1: "Since war is an act of violence based on irreconcilable disagreement, it will invariably inflame and be shaped by human emotions."
Combatives Corollary: Channel your rage but rely on your training.

FM 1: "Violence is an essential element of war, and its immediate result is bloodshed, destruction and suffering. While the magnitude of violence may vary with the object and means of war, the violent essence of war will never change. Any study of war that neglects this basic truth is misleading and incomplete."
Combatives Corollary: Your primary goal is to avoid, and your secondary goal is to escape unharmed. Unfortunately, depending on the severity of the situation, sometimes it will be necessary to seriously injure or perhaps kill an assailant in order to prevail. For that reason, you must never confuse combatives with a "gentle art."

This was excerpted from Kelly McCann's Combatives for Street Survival. Order your copy of this best-selling book at shop.blackbeltmag.com.