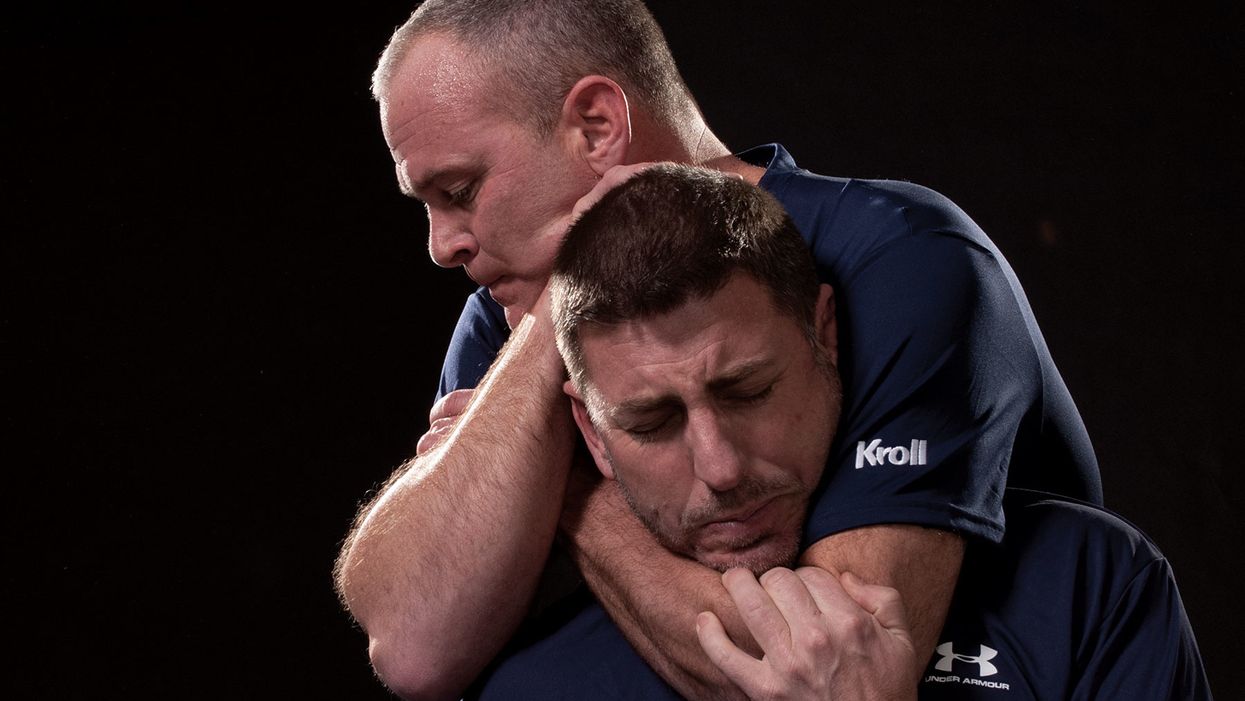 Intellectualization takes this rawness out of preparing for a fight. It makes a fight appear to be a clinical event.

Some of the tripe I've heard describes in exacting detail "how a fight happens" and what you need to accomplish in equally exacting detail. It's laughable. Regardless of the reasoning behind the instruction or commentary — to assure students that they can fight without being hit <insert laughing emoji here>, to minimize their fear, to diminish their stress over the scary event, blah, blah, blah — it harms students more than it helps them.

One example of this is breaking down video assaults. (Interestingly, this is possibly the best example.) People! Hindsight is 20/20. Reviewing videos of attacks as they happen and videos of our own performance in training is, of course, super instructive and revealing. Video is a tool that can't be overlooked if we're seeking our best levels of performance. But preaching a textbook answer (in particular, application of technique answers) in retrospect isn't impressive. What is impressive is applying principles in a sudden attack and adapting to a violent situation as it evolves.

Guess what? Droning over countless drills that address one very specific type of attack or event isn't preparing you for anything except failure.

To the contrary, actually engaging in personal combat in which both participants are free to try to execute whatever they feel like is preparing you for precisely such situations. Linking your techniques to principles throughout a dynamic and evolving situation makes you far more competent and prepared to face a violent personal assault.

Problem is intellectualization takes this rawness out of preparing for a fight. It makes a fight appear to be a clinical event. Yes, it's good to want to become a "technician," but you can't become a technician without repeatedly exposing yourself to the dangers of unpredictability, uncertainty, consequence and fluidity that make up an actual fight.

Please don't misunderstand this. I'm not saying, "Don't think!" — not at all. My point is that all the talk, all the nonsense, all the made-up words, all the wonky science won't develop your ability to adapt quickly to what's in front of you. Yes, understanding the physiology and psychology is important, but their roles are supportive — supportive to what you must physically execute while under duress.

Ask yourself this: If one person trains by reviewing video assaults, discussing ad nauseum the stressors involved and performing drills for very specific events, then catalogs them and the associated "solutions" while another person trains in the same way but weights sparring heavily in that training as he or she focuses on the consistent application of principles against all manner of opponents, whom would you put your money on?

Doesn't it stand to reason that a race car driver who accrues maximum track time actually feeling what his car is doing under various conditions and living with the consequences of his input has the edge over the driver who can get only a third of the track time but has every racing reference written and some great racing games that he plays regularly?

A balance of critical thinking, cerebral rigor and arduous training with consequences is what we need to become proficient. The quality of the sparring is important, as well, which is why mixed martial arts is the perfect medium with all natural weapons allowed in stand-up and ground fighting.

Recently, a drop-in traditional martial arts practitioner visited our fight gym. He said he was interested in getting some "sparring time." After watching three moderately intense sparring rounds between some of our fighters, he excused himself and said, "This is just a little more than I was interested in." And they were moderate rounds!

My point here isn't to impugn but to inform. The next time you're listening to someone pontificate about the adrenal effect or any other topic and realize that the narrative is just too much, wipe the drool off your chin and glove up. You'll be happier — and many steps closer to being able to take care of business. <insert smiling emoji here>