How Self-Defense Differs From Combat Sports 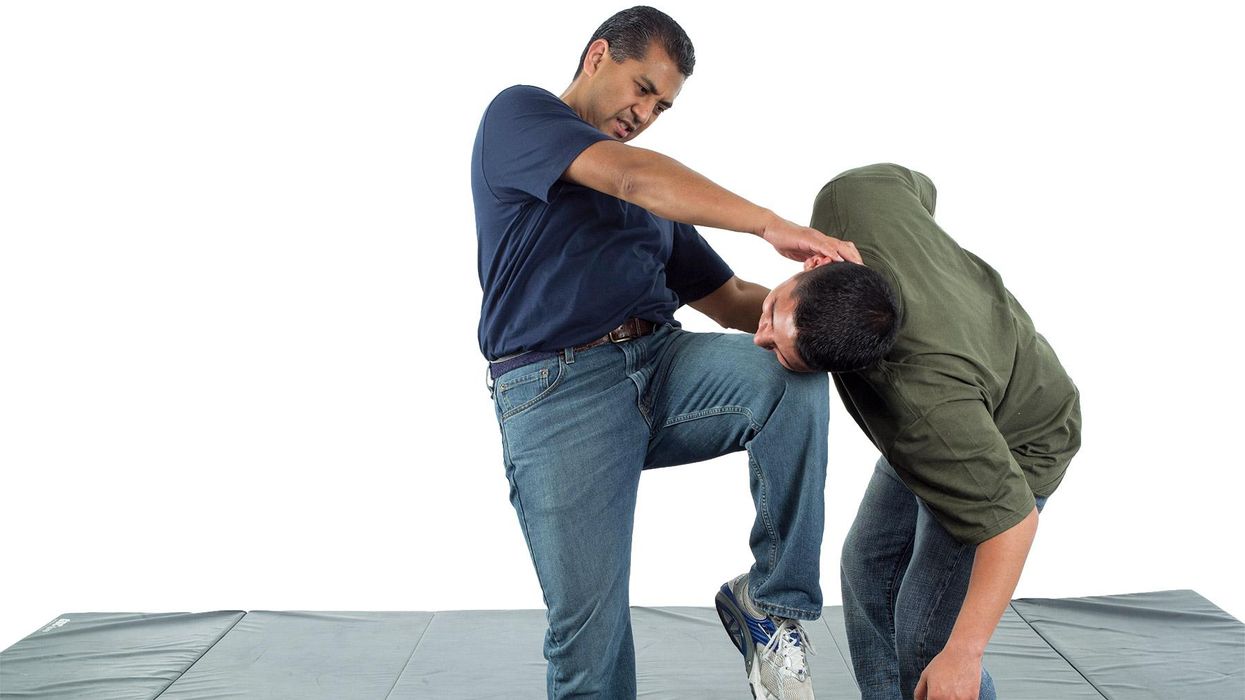 To launch this column, I'll briefly introduce myself and my objectives. My name is Lito Angeles, and my life's passion is martial arts.

I fell in love with the arts at age 7 after watching Bruce Lee in The Chinese Connection. I began my studies three years later with shorin-ryu karate while living in Okinawa. Since that time, I've studied numerous arts, including boxing, folk-style wrestling, jeet kune do, muay Thai, savate, escrima, pencak silat, krav maga, Brazilian jiu-jitsu and the Real Combat System.

I worked as an officer in a major metropolitan police department in California for 29 years, four of which were as a master instructor in my department's Arrest and Control Unit. I've also been an amateur boxing coach, youth wrestling coach, kickboxing instructor, BJJ instructor and self-defense teacher. Since retiring from law enforcement, I've focused on giving private self-defense lessons and occasional seminars.

In terms of real-world experience, I've gotten into more than my fair share of fights in the cities and counties in which I've lived. When I was a police officer, I spent more than 19 years on patrol, which included handling a myriad of calls that degenerated into physical altercations with criminals. I mention all this to assure you that I'm not an armchair warrior who just speculates on what real combat is. I've been there and lived it — countless times. In addition, I have a competitive background in karate, amateur boxing and amateur wrestling.

My objectives for this column are as follows. The general goal will be to share all the pertinent knowledge I've acquired over the years through diligent study, constant analysis and pressure testing on the street. More specifically, I hope to educate readers on all facets of self-defense in the four interconnected realms: threat recognition, situational control, physical engagement and aftermath management. I'll lay out a clear and cohesive "self-defense battle plan" any martial artist can use.

Further, I'll delineate the foundational principles, strategies, tactics, techniques and associated skills. After that, I'll delve into various topics of interest that pertain to self-defense. Along the way, I promise to be as straightforward and unambiguous as possible so you can fully understand what I'm trying to convey.

Let's get to the topic of the day: What are the differences between self-defense and combat sports? I decided to start with this question because so many people equate proficiency in MMA, BJJ, muay Thai, boxing and wrestling with proficiency in self-defense. Almost nothing could be further from the truth. I say "almost" because there are physical skills you can learn from the aforementioned combat sports that you can use in the physical aspects of self-defense. However, that's a small part of what constitutes full-spectrum self-defense, and it can paint an incomplete picture that will get people hurt in real life. I aim to clear that up — starting now

• Self-defense encompasses threat recognition (awareness, and then assessment, and then sometimes proactive actions), situational control (dealing with the interpersonal interaction and rituals of violence when confronted by a person with bad intentions), physical engagement (when all other nonphysical situational-control options are not viable or have been exhausted) and aftermath management (post-physical engagement issues and consequences). Combat sports deal only with the physical-engagement aspect

• A self-defensive engagement is not prearranged and mutually consensual. It often involves the elements of deception and surprise. It's pre-emptive and frequently concludes in the asymmetrical annihilation of the victim. A sport fight is the complete opposite. It's a prearranged match, mutually agreed on and consensual. It doesn't involve deception or surprise. (On a related note: An ego-based street fight, which has no bearing on self-defense street fights, can be exactly like a combat-sport match.)• A typical self-defense engagement lasts less than 10 seconds — and often less than four seconds if the victor is knowledgeable about pre-emptive tactics. A sport fight can last from six minutes to 25 minutes depending on the combat sport.

• If a self-defense engagement somehow segues into a give-and-take street match, it will be like a "rock 'em sock 'em robots" fight. It often will be chaotic with nonstop, urgent, desperate combative action from both parties with various attributes and luck playing a role until one combatant lands a good shot or a body slam — or secures a choke or limb break during a wild-and-woolly ground fight that follows the match fight. Conversely, a sport fight is a more deliberate, strategic affair in which distance control, timing, rhythm and tactical unpredictability all play a role in who wins. The combatants also can suss out their opponent's tendencies, responses and reactions through footwork, single strikes, combinations, fakes and feints. There's no such assessment period in a self-defense fight.

• A self-defense engagement is a "sprint." As such, it's primarily anaerobic in nature. In contrast, a sport fight is a "marathon" with spurts of sprinting intermixed. Thus, it entails both aerobic and anaerobic exertion.

• A self-defense engagement has no rules, regulations or referees. There's often a disparity in age, size, weight, physical prowess and skill. It often involves weapons and third parties. There's also a greater likelihood of serious physical injury or death. A sport match is the polar opposite. All it requires a participant to be concerned about is the (much lower) chance of sustaining a serious injury. Death is almost never a possibility.

• A threatening situation can arise at any time, so a self-defender must be prepared to engage at any given moment. On the other hand, a sport fight is a match that's scheduled in advance so the fighters have ample time to train — usually six to 12 weeks. Because the fighters know of one another beforehand, they also have the luxury of being able to specifically prepare for each other. They can study the other person's tendencies, strengths and weaknesses by watching videos and talking to other coaches and fighters who have fought them. The self-defender has none of these luxuries.

By this point, I think I've made it clear that self-defense is vastly different from combat sports — and from much of what one learns in traditional martial arts. However, I must say that combat sports are much more technically, strategically and tactically difficult than self-defense fighting. Professional MMA fighters are the deadliest unarmed combatants in the world, and when armed with the self-defense knowledge I will convey in this column, they would fare better than anyone else in a real street fight.

That's why I recommend everyone learn combat sports (especially boxing, wrestling, BJJ and muay Thai) to supplement their core art and to serve as a support system. In future columns, I'll address ways to approach this task — and many more.